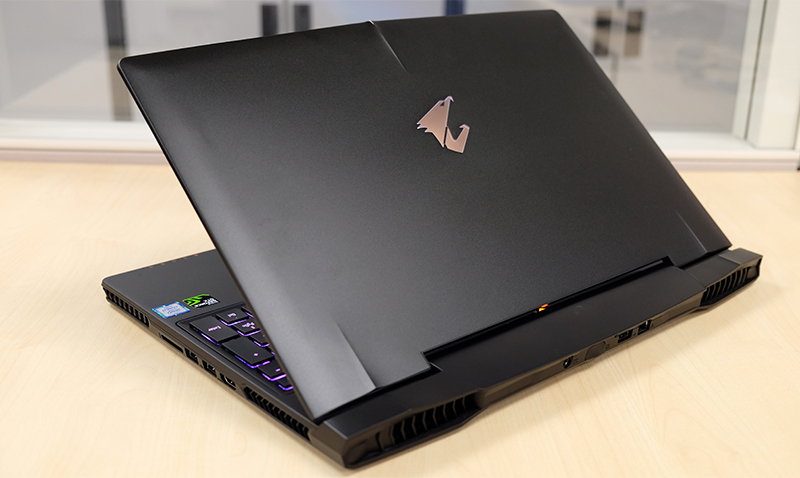 Gigabyte’s premium gaming brand brings quite a compelling argument to the table in the form of the Aorus X5 v6. This slim and light notebook also manages to outmuscle an already competitive field in terms of specifications, so you get class-leading performance inside a relatively portable chassis.

For starters, this is the only laptop here to feature the overclockable Intel Core i7-6820HK (2.70GHz, 8MB L3 cache) processor, which comes overclocked to 4.0GHz by default. This translates into as much as an 18 per cent improvement over the next best performer in certain benchmarks, so the more powerful CPU does net you a decent performance boost. 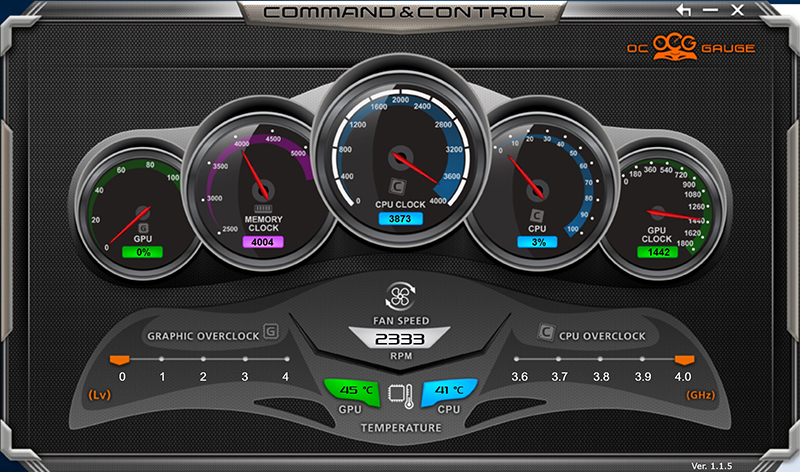 It also features 16GB of RAM, an NVIDIA GeForce GTX 1070, and a 256GB PCIe SSD and 1TB 7,200RPM HDD, so it is well-prepared to take on the latest games at the highest settings. The CPU isn’t the only thing that has been overclocked either, and the GPU’s base clock has been bumped up to 1,493MHz.

The display’s resolution also beats out its rivals, and the Aorus X5 v6 sports the highest resolution screen with 2,880 x 1,620 pixels. There is G-Sync support as well, so you stand to enjoy crisp and fluid gameplay. That said, we’d be hard-pressed to say for sure that the higher resolution translates into a huge difference. Maybe images and textures appear a bit sharper, but it’s not that big a step up as the pixel numbers would suggest. 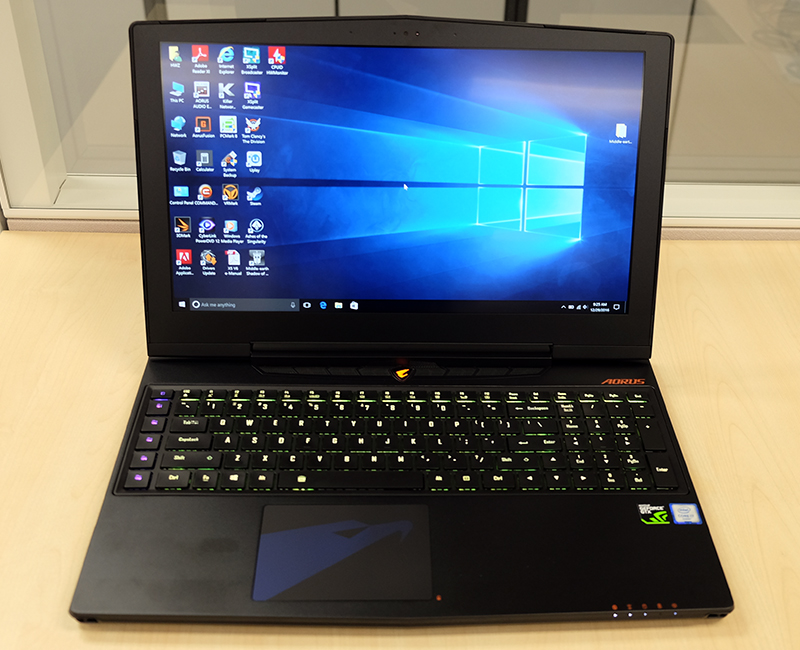 We’d really have liked to see a 120Hz screen on this one, but you’re unfortunately limited to just a 60Hz panel.

However, it’s easy to forget about that when you consider how impressive the svelte, lightweight chassis is at only 22.9mm thick and 2.5kg heavy. The Aorus manages to be the most powerful notebook reviewed here, while boasting one of the most portable profiles, and that’s not a feat to be taken lightly.

We quite like the design of the Aorus as well, and it happens to be one of the more tastefully designed gaming systems we’ve reviewed so far. It doesn’t clamor for your attention, but a closer inspection reveals small flourishes like the Aorus logo on the trackpad, the stylized power button, and ridges on the lid that break the monotony of the surface. 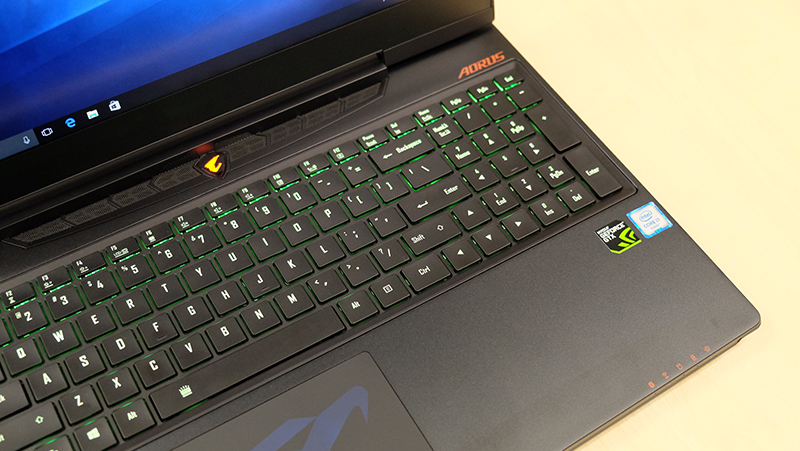 Overall, build quality is decent, although it isn’t quite as good as the Alienware 15. Still, it is miles ahead of its Gigabyte counterpart, and save for some flexing in the display area, you should find few things to worry about.

Surprisingly, battery life isn’t even that abysmal despite the overclocked processor and thin design (it even lasted longer than the Alienware), thanks to the large 94.24Wh battery Aorus crammed on board. All in all, it looks like Aorus has worked hard to ensure that there are as few compromises as possible, which explains its premium S$3,799 price.

In addition, the five system status LEDs double as a battery indicator when the power is off, and pressing the right mouse button will instantly show the battery level. That’s a feature that is probably more useful for professional ultrabooks, but we suppose that it’s good to be able to quickly check the charge remaining on your power-hungry gaming laptop.

However, one gripe we had was the fact that the fans could get quite noisy under load. The whirring of the fans is clearly audible (definitely a problem if you’re using open-back headphones), and it’s apparent that the notebook was working very hard to exhaust hot air from the vents at the sides and back. Thankfully, the laptop is reasonably quiet under normal conditions. 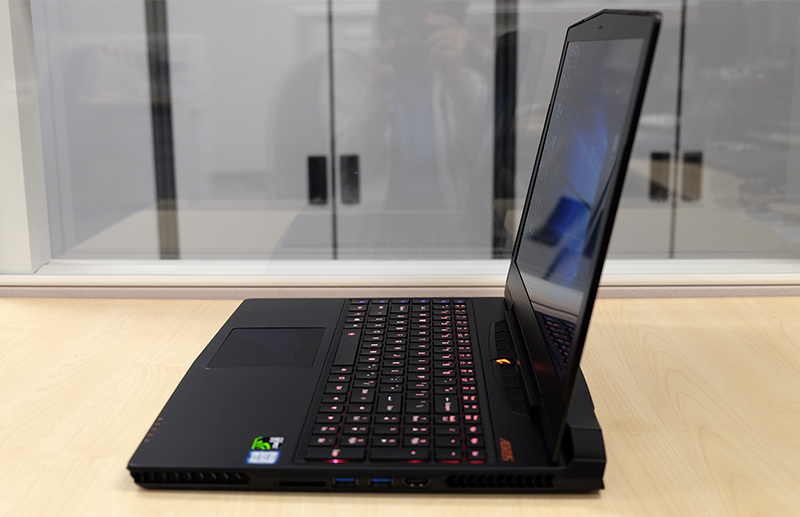 Another complaint would be the trackpad, which can feel imprecise and slightly erratic. Even after checking that acceleration was off in the settings, something still felt off. The typing experience also feels a bit shallower than the thicker gaming notebooks, so that’s probably one of the trade-offs you’ll have to make if you want a thinner laptop.

However, you do get per-key RGB lighting – the only laptop here to offer such fine-grained controls – and dedicated macro keys, so we’re not really complaining. In addition, there is a wide range of preset lighting effects, including things like wave, marquee, and ripple. Another useful feature is the availability of lighting presets for specific games and genres, with separate options for Overwatch and Counter-Strike: Global Offensive or just FPS games in general.

On the audio front, the sound quality from the top-facing speakers was generally unremarkable and also a bit lacking in terms of volume. We had to increase the volume level to around 80 to get comfortable, and the EQ didn’t help matters much with its heavy-handed tuning of the different frequency bands.

There is, however, good selection of ports and connectors, including three USB 3.0 Type-A ports, a single USB 3.1 Type-C port (no Thunderbolt 3, unfortunately), and two HDMI and one mini DisplayPort output. One of the USB 3.0 ports is located at the back, alongside the power jack and Gigabit Ethernet port. As on the Aftershock, this could prove slightly annoying when trying to reach around and plug in the non-reversible Type-A connector.