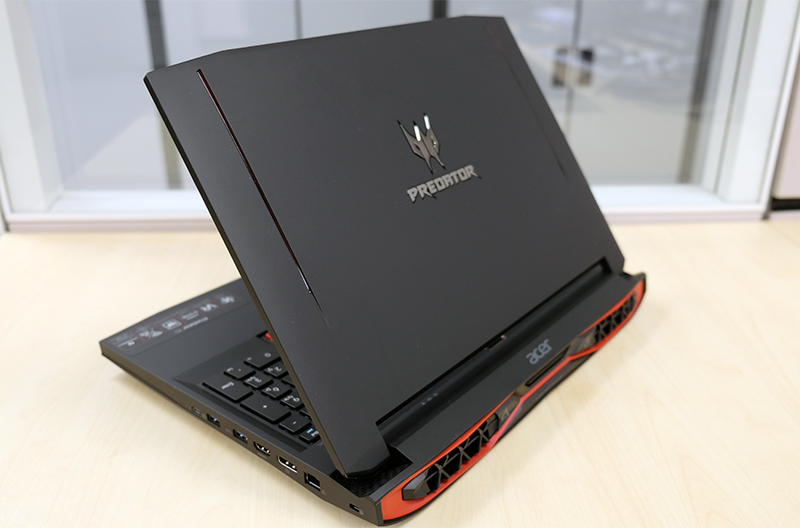 Acer’s Predator 15 looks every bit like its name. The design is nothing if not predatory, and everything from its red accents and stylized heat exhaust vents down to the chunky power button just screams for attention. It seems like the industry has gotten it into its head that red – ah, the color of anger, aggression, and red-hot performance – is every gamer’s favorite color, and crimson has been to go-to hue for many a gaming product.

Still, this look won’t appeal to everyone, and we’re not exactly fans of this garish aesthetic.

That said, the Predator 15 does deliver on the hardware front, and its quad-core Intel Core i7-6700HQ (2.60GHz, 6MB L3 cache) processor combines with an NVIDIA GeForce GTX 1070 and 16GB of RAM for very strong gaming performance. This is a laptop that can handle most of the latest titles at 1080p with the settings maxed out. 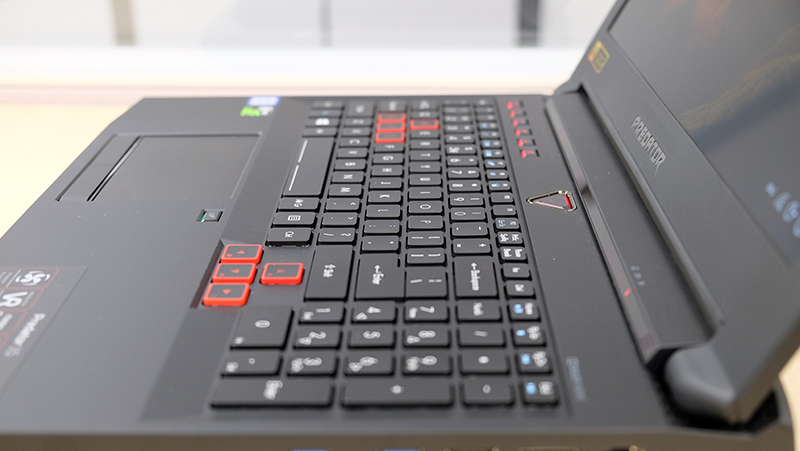 What’s more, the laptop comes pre-installed with the PredatorSense overclocking utility. This is limited to just the graphics card of course, and Turbo mode boosts the GPU base clock to 1,582MHz, up from the standard 1,443MHz. There’s also a middle-of-the-road option called Faster mode, which increases the base clock to 1,513MHz.

It’s worth noting that the Turbo mode base clock is even higher than the 1,506MHz on the desktop GeForce GTX 1070, so this should help narrow the performance gap somewhat, in addition to enabling the Predator 15 to eke out a small lead over its rivals. When compared to the stock speeds, Turbo mode netted us a small 5 per cent increment in 3DMark Fire Strike. 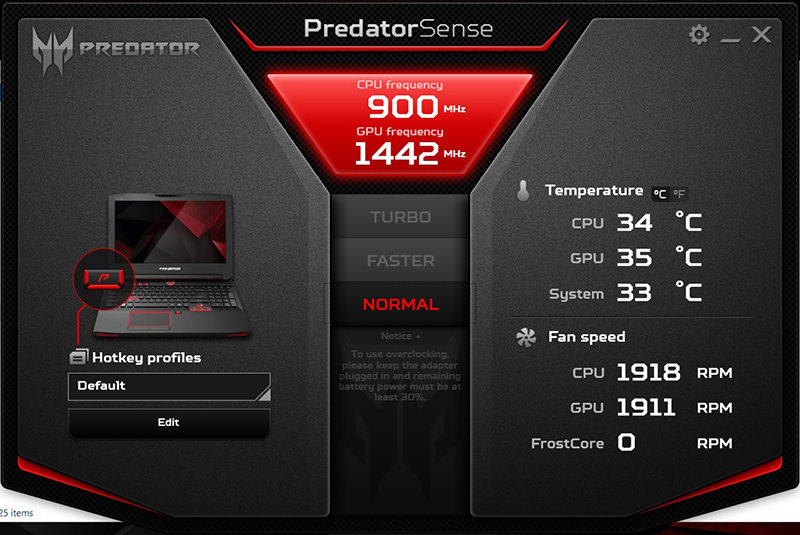 In addition, it features a capacious 512GB SATA SSD and 5,400RPM 2TB HDD for storage. That should be sufficient for most folks, and the OS drive can even hold several games comfortably. Still, we were surprised to see a SATA instead of PCIe SSD here, but the good news is that the drive is easily accessible for upgrades once you remove the bottom panel.

The Acer laptop also boasts a 1,920 x 1,080-pixel G-Sync IPS display, which affords you a tear-free and more fluid gaming experience by synchronizing the frame output from the GPU with the monitor’s refresh rate. And because this is a 60Hz panel, it stands to benefit more from G-Sync as the notebook is capable of frame rates well above the screen’s refresh rate, which could result in tearing on a lesser screen. 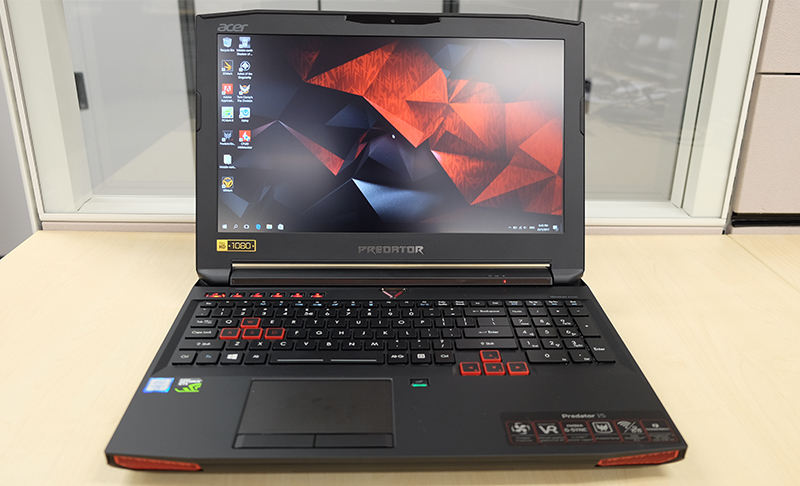 On the audio front, the Predator 15 looks set to deliver some heart-stopping bass, but it sadly falls short. A pair of speakers are mounted on the front edge, and these are paired with a bottom-firing subwoofer at the notebook’s base. The speaker setup is powered on the software side by Dolby Audio, but all these promising ingredients fail to deliver, and the sound came through like it was filtered through a harsh-sounding veil. That said, the volume levels can be cranked up quite high, although you probably won’t want to do that as it only amplifies the system’s flaws. 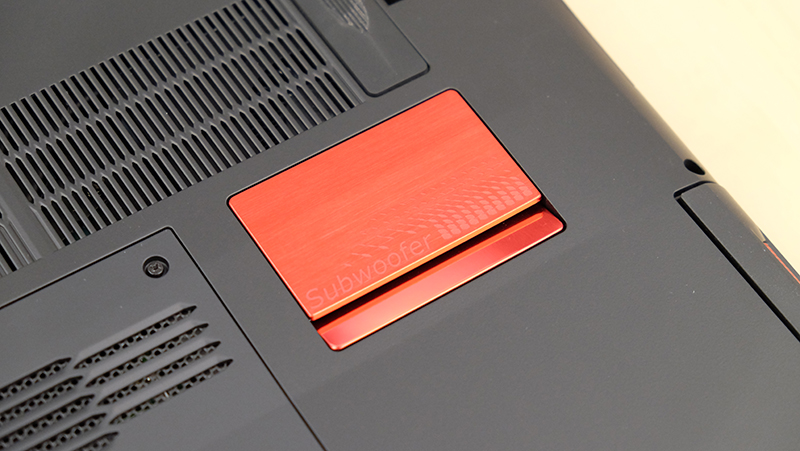 In order to keep things cool, Acer has included a Predator FrostCore module. This is an ODD-sized fan module that provides extra cooling to key components, and it managed to lower CPU temperature by 3°C in our tests (GPU temperatures remained unchanged). It replaces the ODD that ships with the laptop, and swapping one for the other is as easy as pushing a latch on the notebook’s bottom to pop out the module. 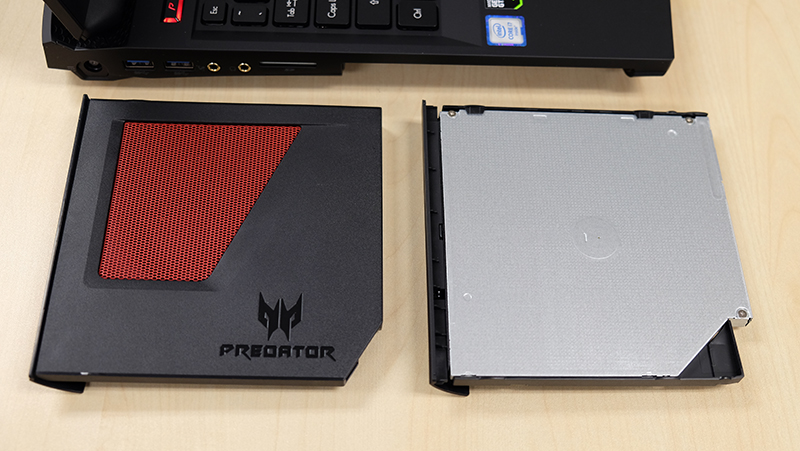 Heat is exhausted out through large vents at the back of the notebook, and we should point out that there’s actually a warning printed on the back cautioning against touching the area as it can get quite hot.

However, all these add-ons mean that the Predator 15 is extremely thick and heavy, coming in at 38.5mm tall and 3.7kg in weight. It is the heaviest and least portable of all our tested notebooks, and is definitely not very amenable to being carried around. We still expect 15-inch notebooks to be reasonably portable as they aren’t quite desktop replacements yet, so the Acer’s thick profile and weight drags it down by quite a bit. In fact, a 17-inch powerhouse like the ASUS GX700 is just as thick and is 100 grams lighter!

Even though this is still a 15.6-inch notebook, there’s a good chance you’re going to end up leaving it desk-bound for the most part. But despite its considerable heft, the laptop doesn’t feel quite as solidly built as say, the Alienware 15, although it’s by no means shoddily put together.

Having said that, the sheer girth of the notebook has given Acer the freedom to implement quite a good keyboard with a deep 2.6mm key travel distance that really helps provide an enjoyable typing experience. The trackpad itself also proved accurate and reliable, and was one of the better ones among all the notebooks tested here. There’s also a useful button to the right of the trackpad that can be used to disable it when you don’t need it. 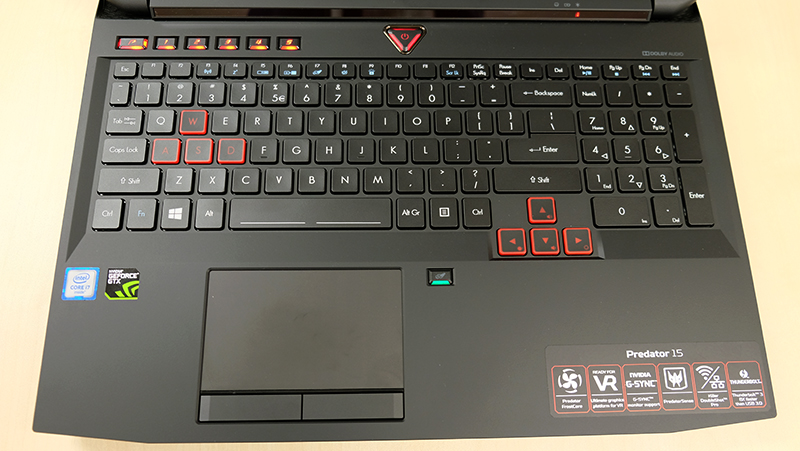 A row of five macro keys sits above the keyboard to the left, and these can be programmed using the built-in PredatorSense software, giving you quick access to things like program shortcuts. One thing that’s missing is per-key RGB backlighting – something we’d really liked to have seen on a notebook of this price. Instead, there are just four discrete zones of backlighting which can be independently customized in the PredatorSense utility, although they aren’t quite as elaborate as what Alienware’s FX and Razer’s Chroma offer.

Gaming laptops of this caliber generally don’t lack for ports, and the Predator 15 comes with a total of four USB 3.0 ports and a single USB 3.1 Type-C port (no Thunderbolt 3 support unfortunately). In the way of display connectors, there is one DisplayPort and one HDMI port, which covers the two most commonly used display connectors. There’s also an SD card reader here, a pretty much standard inclusion on this crop of laptops.