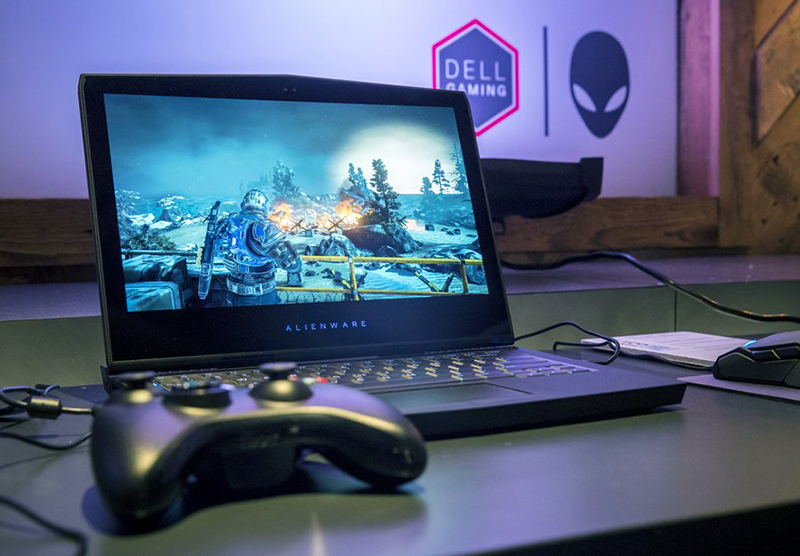 Searching for the best in portable gaming

It’s easy to turn your nose up at the term "gaming notebook". After all, the two words look slightly incongruous sitting together, given their clashing associations with power and portability.

However, advances in GPU processing power in recent years have meant that gaming laptops have become increasingly viable systems. Still, they’ve lagged behind their desktop cards by a fair bit, and there was no denying the fact that most systems with anywhere near a reasonable price tag were not quite up to snuff for those who wanted to run the most demanding games.

That’s all changed with the release of NVIDIA’s “mobile” Pascal GPUs. Note the quotation marks, because for the first time, mobile GPUs are now more or less on par with their desktop counterparts (give or take 10 per cent).

This has flung open the door for notebooks to finally be taken seriously as legitimate gaming systems. Furthermore, this means that manufacturers no longer have to cram a desktop-class GeForce GTX 980 into a notebook just to have a VR-ready laptop. With the arrival of Pascal-equipped notebooks, VR-capable systems are more common and cheaper than ever.

In a competitive market like that, 15.6-inch gaming notebooks sit a notch below beastly desktop replacements. While packing powerful hardware, you still expect them to be relatively portable so you can take them out with you.

This means that it isn’t all about raw performance, and things like weight and size matter a lot as well.

For this shootout, we’ve rounded up 15.6-inch models from most of the major brands. They are all equipped with the latest NVIDIA Pascal GPUs, but because they’re 2016 models, they are still running Intel’s sixth-generation Skylake processors. However, the updated Kaby Lake models mostly come with minimal changes, so our impressions should still stand, although you can expect slightly better performance and battery life with the new CPUs.

Now, the only question is, which one should you get?

We answer that with a comprehensive look into each of the competing notebook models and then a detailed performance showdown. Here then are the contenders:-