While Leadtek's Extreme series of their GeForce graphics cards have traditionally captured the limelight due to their high pre-overclocked states, these special editions usually take a while to be available to the public. Hence, Leadtek's GeForce 8600 GTS entry to our shootout is a standard clocked version that is identical to the reference card but with a Leadtek decal. The bundle is also typical of Leadtek in its thoroughness. There are two games and a DVD playback application but there are no distinctly outstanding titles among them. Despite that, for a mainstream graphics card, it's none too shabby overall, especially compared to some of its competitors. 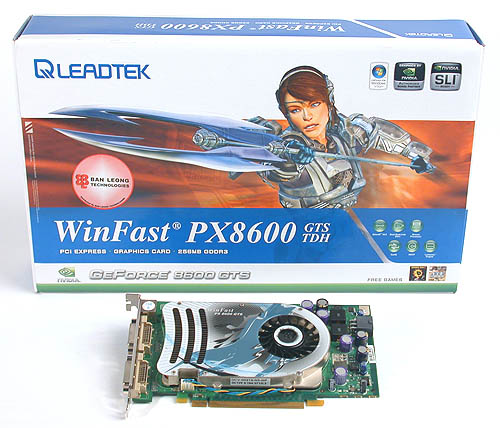 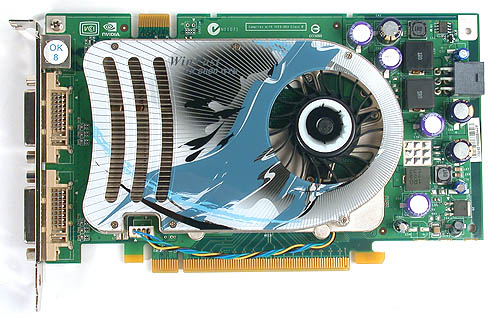 Here's a list of accessories the accompany the Leadtek card:-

Not one to be modest in its marketing, MSI's box packaging tells you clearly what to expect from its GeForce 8600 GTS. In its case, it's overclocked and comes with the usual MSI utilities like Dynamic Overclocking Technology (D.O.T), StarOSD and Dual CoreCell. The overclocking is not too extreme, with the core just hitting 700MHz while the memory is set at 2100MHz DDR. The cooler however is MSI's own design, a two-slot solution that looks similar to some of the popular cooling solutions available now. In testing, it felt a tad more audible than the reference cooler of the GeForce 8600 GTS, but it's bearable. As for the bundle, MSI has provided an ample handful of cables and accessories. No game or other third-party applications are included, which is quite surprising for an upper mid-range card coming from MSI. 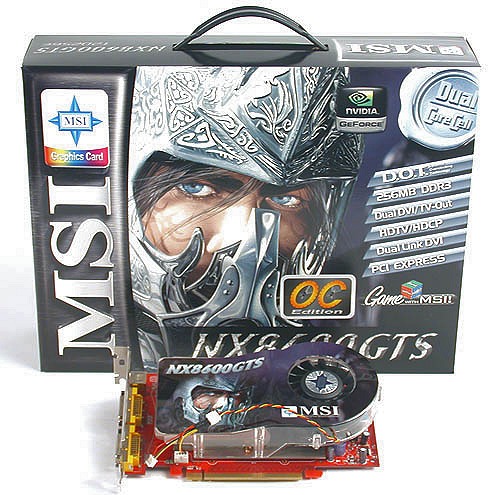 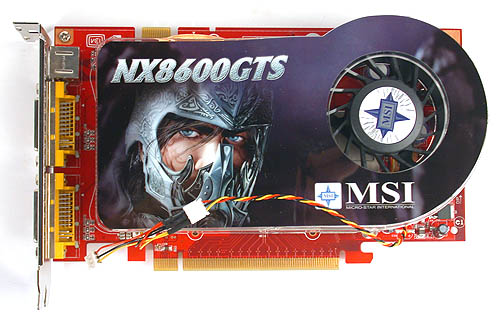 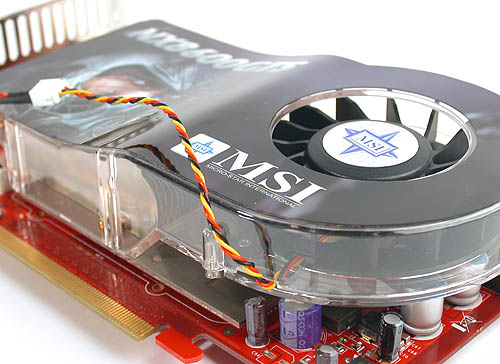 The bundled items are as follows:-