Legend has it that Gainward's Golden Sample cards have specially handpicked cores capable of extreme overclocking. Whether that is really true is not for us to say but there is no doubt that these cards are definitely overclocked. The latest incarnation is the Gainward Bliss 8600GTS PCX Golden Sample, with a core overclocked to 725MHz and memory modules at 2200MHz DDR. To complement its high clock speeds, Gainward uses a custom two-slot cooler (which has appeared in previous Gainward graphics cards like its Radeon X1950 PRO) with a meshed plastic shroud that's just a natural dust collector. There's also a respectable bundle too, with CyberLink's suite of DVD utilities the main highlight. 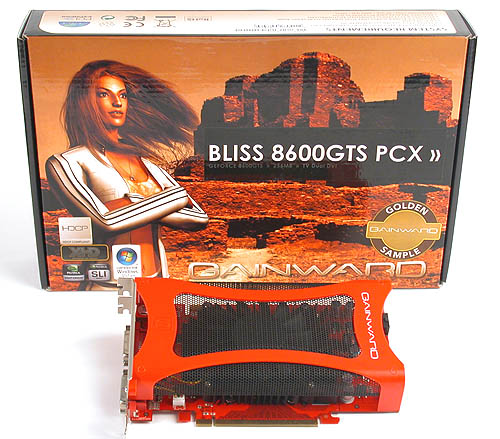 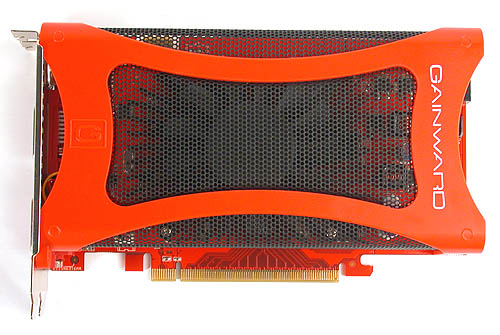 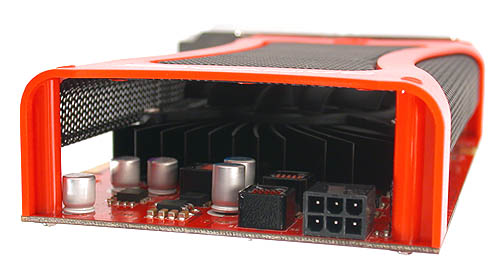 The complete list of bundled accessories are as follows:-

The surprise package of the shootout is undoubtedly Gigabyte's entry. The GV-NX86S256H is the only passively cooled GeForce 8600 GTS and uses the company's newest Silent Pipe 3 cooler. It comprises of a massive chunk of metal and heat pipes that covers most of the card and takes up two expansion slots. To our astonishment, Gigabyte has somehow managed to do away with the external power connector found on the GeForce 8600 GTS and rely purely on the PCIe interface for its energy needs. We are uncertain if the removal of an active fan cooler allowed such a move but there seems to be no disadvantage to doing so. In case you're still concerned, this Gigabyte card is actually slightly overclocked out of the box (685MHz core and 2100MHz DDR memory). Additionally, Gigabyte has included an A-list game title - Supreme Commander, together with its own custom overclocking utility, V-Tuner 3. In short, this offering from Gigabyte stands out from the competition for both its hardware and bundle. 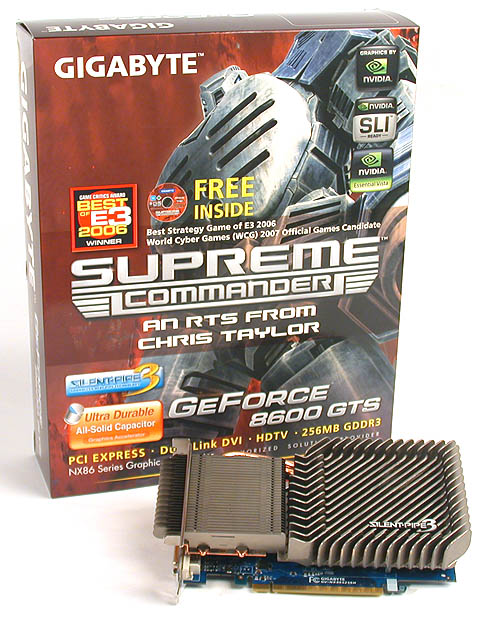 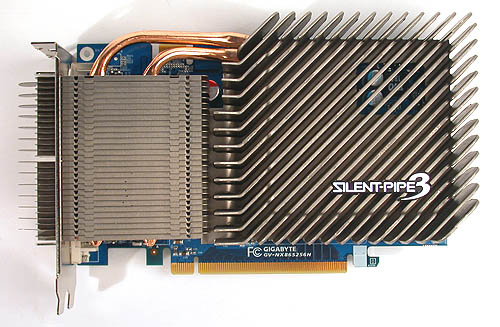 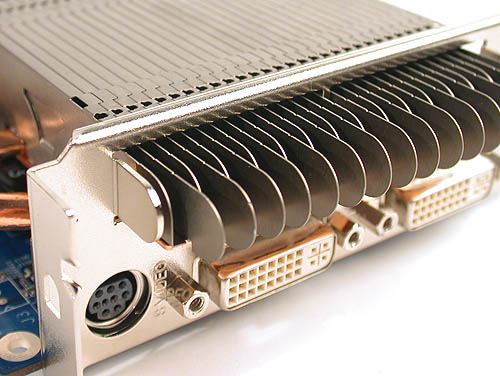 The complete list of bundled accessories for the Gigabyte graphics card are as follows:-