ASUS has been bundling 'big name' games with its graphics cards for some time now. We have had King Kong and Ghost Recon Advanced Warfighter in the past. The recipient this time round is an oft-delayed but widely anticipated first person shooter, S.T.A.L.K.E.R: Shadows of Chernobyl. As usual, ASUS uses the box art of the game on its decal, which is a welcome change from the bland green of the reference card. This being a TOP edition, the clock speeds are also much faster than the standard GeForce 8600 GTS, with the core at 745MHz while the memory too has been boosted to 2290MHz DDR. This also gives it the distinction of being the highest pre-overclocked card in our roundup. However, ASUS has kept to the standard cooler instead of outfitting it with its own design. Accordingly, ASUS states that the higher clock speeds will result in a 10% boost in 3DMark06, something that we'll find out shortly. 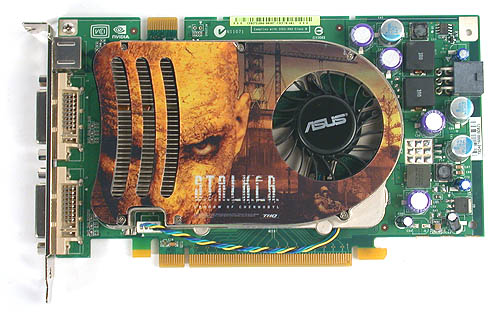 Another vendor that has gone the overclocking route is Chaintech. Again, the cooler for its GeForce 8600 GTS is the standard issue single slot version and this, despite the fact that its core comes at 745MHz while the memory chips are running at 2200MHz DDR (the second fastest in this roundup). It also comes in a rather large and eye catching red packaging, the better to hold the decent collection of accessories included. The only complaint is perhaps the lack of any applications besides the disappointing choice of Adobe Photoshop Album. 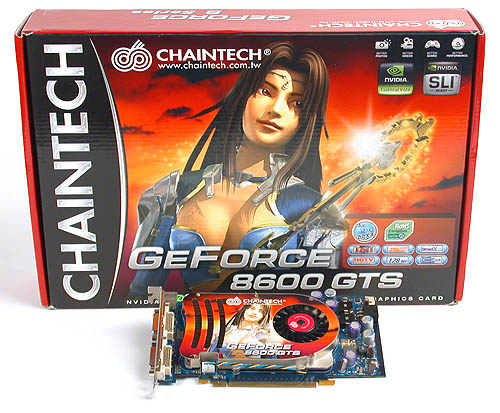 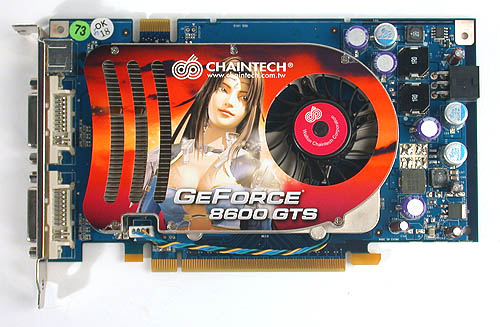