Note: This article was first published on 5 Dec 2019 and it's republished today because it's Star Wars Day! 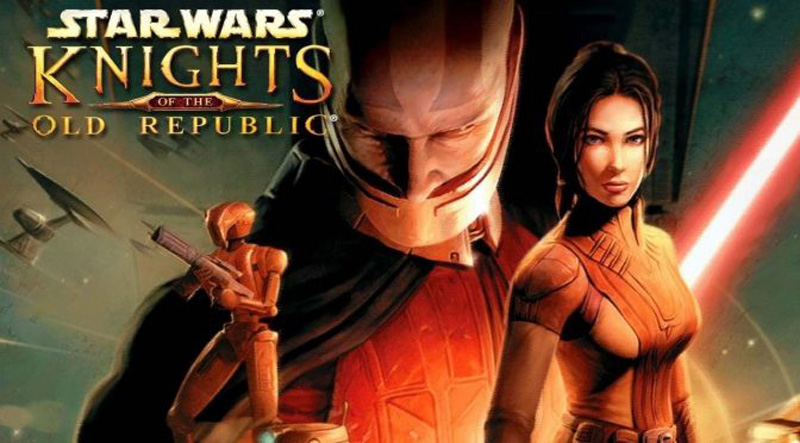 Star Wars as a franchise must be an absolute goldmine for videogame developers. You could make any type of game you want, give it a Star Wars twist and it’ll often work. That means that Star Wars fans are pretty much spoiled silly when picking a game to play.

With so many Star Wars games out there in all sorts of shapes and sizes, there are bound to be a couple duds to go along with all the brilliant, timeless games available today. Here’s my pick for 14 of the best and worst Star Wars games of all time! I'll tell you right now - fans of Super Bombad Racing are going to be very disappointed.

Star Wars Episode I: The Phantom Menace is by far the most disappointing start to a Star Wars trilogy. I’m sorry, Prequel fans - your love is valid, but it’s certainly not universal. The movie did spawn a fantastic racing game for its time though: Racer. Podracing is a neat concept for a Star Wars racing game, and Racer took that potential and ran with it. It’s fantastic at delivering just the right sense of speed and danger, earning its spot on this list.

You’ll probably sense a pattern forming with the games on this list - they all seem to be inspired by at least one or two other games. Here, we have LucasArts’ answer to id Software’s original Doom game. It’s a first-person shooter where you play as Kyle Katarn - a mercenary trying to stop the creation of Imperial Dark Troopers. LucasArts actually improved a little on the Doom formula here, allowing players to actually look in other directions, duck and jump, while also introducing multi-step puzzles to the mix.

The Lego Star Wars games were bona fide classics. These games were filled with earnest, goofy fanservice at its very best. The premise was simple: play through all the Star Wars movies (minus the sequel trilogy) while solving lego puzzles and collecting studs to unlock characters. It was an addictive formula that made the games far better than they had any right to be. These games are actually getting rebooted soon, and I couldn’t be more excited for it.

This was once the game for lightsaber combat. You once again play as Kyle Katarn - this time, as a Jedi. You travel the galaxy fighting off the empire, meeting several familiar allies along the way. The game also has a multiplayer component, which somehow still remains active today. It’s coming to the Nintendo Switch soon, so why not pick it up?

Words cannot describe how much I love this game. My brother and I used to sit down and play this thing on the PlayStation 2 in splitscreen co-op all the time, setting the number of enemies to 500 and spending a whole day watching that number slowly tick down. This is an absolutely fantastic Star Wars video game, offering players some of the most iconic battlefields in Star Wars lore.

You can play as rebels, stormtroopers, clones or droids, in any one of their many available character classes. You can charge the battlefield in an AT-TE - or with a lightsaber in your hand. Mowing down waves of stormtroopers as a Jedi never lost its novelty. You could even head to space for some 1v1 dogfights! This game was amazing. The fact that we almost got a Star Wars Battlefront III, only for it to be cancelled will always break my heart.

1. Knights of the Old Republic

I mean, are we really surprised? Of course Knights of the Old Republic tops this list. You can barely utter the words, “What’s the best Star Wars game?” without someone slapping you and handing you a copy of Bioware’s RPG epic. This game crafted a beloved story, with incredibly memorable story beats and a big old twist to bring it all home.

Knights of the Old Republic not only defined what it meant to be a great Star Wars game, but sealed Bioware’s name as one of the greatest RPG developers of its time. Unfortunately, the Bioware of today is not the Bioware of yesterday, and even if we got another Knights of the Old Republic game - it might not be the same. All the more reason to play this game then, and relive the adventure of a lifetime.

The only reason I didn’t slap this on the list with the rest of the games is because it’s so new! Personally, this game was my favourite Star Wars experience in quite a while, and certainly one of the best Star Wars games I’ve ever played. It fits in pretty comfily with the rest of these games - due to its unique combat and gameplay structure, and heavy doses of amazing fanservice (that ending!).

This wasn’t too surprising - the game was developed by Respawn Entertainment, who have a pretty stellar record of making fantastic videogames. This one balances out souls-like elements with metroidvania-like exploration, so fighting and finding things make up for 80% of the whole package - and it’s great. Unfortunately, the experience was marred for me with some ugly performance issues on the PlayStation 4. Check out our review!