10 horror shows to check out on Netflix this Halloween

Marianne, Veronica, The Ritual, In the Tall Grass & The Perfection 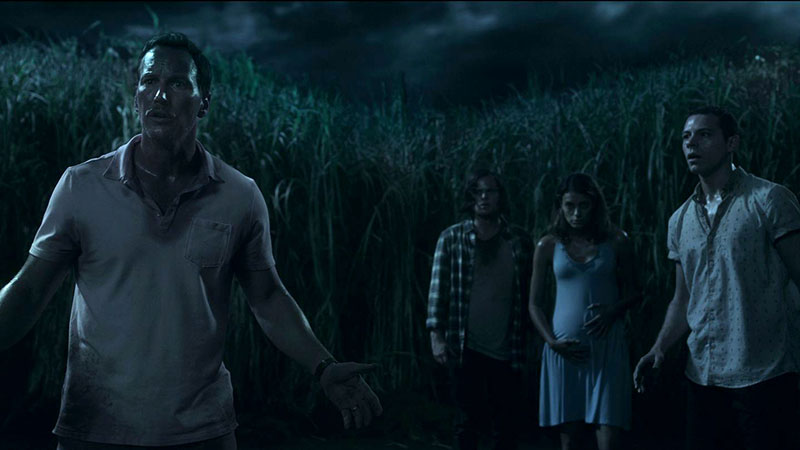 I hope you like horror movies, because I've got a bunch for you. If you're thinking about whether to brave the lines at Halloween Horror Nights this year or spend the night in bed, maybe this list can help you make up your mind.

As the veil between worlds grows thinner this All Hallows' Eve, get your spooky on with these Netflix shows.

Popular horror novelist Emma (Victoire Du Bois) is forced to return to her hometown of Elden, where she discovers that the past she thought she left behind isn't quite done with her yet. The evil she unwittingly unleashed as a child – a witch, really – is still very much present, and it's wrecking havoc on everyone around her.

Marianne is probably one of the scariest things I've watched in a while. The French series relies on masterful cinematography and camera work to deliver its scares, on top of an uncanny understanding of what exactly disturbs the human psyche. Creator Samuel Bodin has little need for jump scares and loud noises, not when he's so good at coaxing your imagination to conjure the horrors that lurk in its deepest recesses. Marianne is deeply unsettling, not least because of its artful use of disturbing imagery and ability to turn the most mundane things into a fount of horrors.

This Spanish movie employs many of the usual horror movie tropes, but it hardly ever descends into overdone mediocrity. Veronica (Sandra Escacena) is a teenage girl who tries to make contact with her deceased father by using a Ouija board during a solar eclipse, which to no one's surprise, is a recipe for some supernatural disaster. Unsurprisingly, Veronica passes out during the seance, and really creepy things start to happen over the next few days. This movie is truly all your worst fears about a demon infestation rolled into one. Director Paco Plaza also directed 2007's REC, which is one of the scariest zombie movies ever made if you ask me, so Veronica is in some good hands.

To further amp up the fear factor, the movie is allegedly based on a true story. In August 1992, a young girl named Estefania Gutierrez Lazaro died in a Madrid hospital after months of seizures and hallucinations, which reportedly started after she performed a seance at school. You can easily look up reports on it by searching for the "Vallecas case", the name of the Madrid neighbourhood where Lazaro conducted the seance.

Four university friends go hiking along the Kungsleden in north Sweden. It sounds like an idyllic trip to honour the memory of a recently deceased member of the group, at least until one of them injures his knee and the group decides to take a shortcut through the forest. The Ritual reminds me vaguely of 1999's Blair Witch Project, sans all that found footage shakiness. It doesn't take long before the group starts to encounter strange things in the woods, from gutted animals to strange symbols carved into the bark on trees. Something's very wrong with these woods, and the movie taps into a very visceral source of dread as the friends start to realise they're hopelessly lost and that something they don't understand is stalking them.

If there's one thing that horror movies taught me, it's that you should never ever go into a forest. The Ritual is just further proof of that.

In the Tall Grass

We've been getting a lot of Stephen King movie adaptations lately, and I can't really blame film makers. After all, King is one of the most prolific writers of the last few decades, and his novels and short stories are uniquely unnerving. The field of grass in In the Tall Grass doesn't contain ravenous velociraptors, but that doesn't mean it doesn't still want you dead, or in its thrall, somehow. Siblings Becky (Laysla De Oliveira) and Cal DeMuth (Avery Whitted) wander into a field of grass after hearing a boy's (Will Buie Jr.) cries for help, but they soon find that the grass isn't what it seems and that they can't get out.

This is mostly calculated to appeal to King fans though. The film does wear thin at times, especially given its limited setting and novella-length source material. That said, the tension runs high in this film, and with the grass stretching as far as the eye can see, it keeps you wondering where it really ends.

Charlotte Willmore (Allison Williams) is an immensely talented cellist who trained at Bachoff, a prestigious music school that caters to young prodigies. But that simple premise is soon upended as the movie puts you through some tortuous twists and turns that make for a dizzying but exhilarating ride. Without giving away too much, let me just say that The Perfection is part slasher flick, part revenge drama, and part psychological thriller. It defies categorisation, and even if it sometimes stumbles with its convoluted shifts in direction, it never feels boring. There's also a particularly gag-worthy scene where a knife tears its way down the length of someone's forearm to the sound of ripping flesh. Ugh.