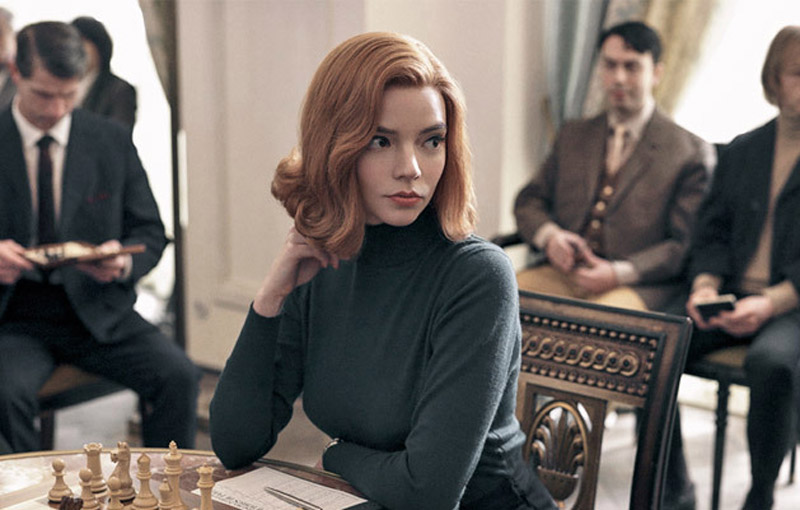 Who else spent the year of lockdowns binging TV shows?

I watched a ton of TV shows in 2020, and you can probably guess why. A certain pandemic kept us all at home for a long time, and if I can’t go out on weekends and cinemas are shut down, what else am I meant to do? Be productive? Pick up a musical instrument? Pfft. I’ll spend my time watching TV shows and perfecting my Dalgona coffee recipe, thank you very much.

Fortunately, last year was flat-out incredible for TV shows. Older series returned for new seasons. Some new ones popped up. Others bowed out for good, and went on to sweep the Emmys. A list of 10 great shows doesn’t even begin to cover everything this year had to offer, but I’m going to try anyway. Here’s my pick for the 10 best TV shows of 2020:

Ted Lasso is the Animal Crossing of TV shows. This comedy series follows the titular Ted Lasso, played by John Sudeikis, an American football coach who gets hired by an English football club. Needless to say, he’s a little underqualified. This show really is something special, balancing likable characters and wacky comedy with tender, heartwarming moments. Ted Lasso's eternally sunny disposition was just the right kind of wholesome content we needed in a ridiculously gloomy year.

9. Never Have I ever

Netflix’s coming-of-age dramedy Never Have I Ever blew me away. Created by Mindy Kaling (The Office, The Mindy Project) and Lang Fisher, this series follows Devi Vishwakumar, a young girl in Los Angeles. After regaining the use of her legs and grieving the death of her father, she returns to school resolving to reinvent the way she’s perceived by her peers. The entire series is also narrated by renowned tennis player John McEnroe. Don't worry, it makes sense later.

Never Have I Ever starts off fairly shaky, but it eventually blossoms into an earnest and hilarious comedy, with some really great Indian representation too. A fantastic start for what’s sure to go down as a classic.

By all likelihood, you’ve already seen The Queen's Gambit - it became Netflix’s most-watched scripted miniseries in just four weeks. The show follows the life of Beth Harmon (Anya Taylor-Joy), an orphan who discovers her aptitude at chess at a young age. Thus begins her slow climb to the top of the world of professional chess, along with an increased dependency on drugs.

You wouldn’t think that a series about competitive chess would be as engrossing as this, but The Queen’s Gambit defies expectations at every turn. It’s a sports drama without all the traditional tropes one would expect. After Beth wins a match, her opponents graciously admit defeat, and congratulate her on her win. Her adopted mother chooses to encourage her passion for chess, instead of dramatically going against it. Beth’s journey to the top might be predictable, but it somehow still feels so fresh. Anya Taylor-Joy unsurprisingly kills it, too - which makes me really excited to see her as Furiosa.

Doom Patrol made 2019’s Top 10 list, and here it is again in 2020. Those who have seen the show would not be surprised, either. Doom Patrol continues to be the weirdest, most bizarre superhero story out there, but it’s also one of the best. The series follows a group of broken people with even more broken superpowers, trying to deal with their traumatic past lives and the sorry state they now find themselves in. All that, while saving the world - as reluctantly as possible.

There’s an entire living street called Danny the Street. There’s a man who can alter reality by flexing his muscles, called Flex Mentallo. There’s a man fused with an animal, vegetable and mineral, aptly called… Animal-Vegetable-Mineral Man. The constant weirdness might seem overwhelming, but Doom Patrol balances it out with heart. These characters are so lovable despite their many flaws, and their journeys are painful, but they’re emotionally compelling. This was a fantastic sophomore run for the show, and after that cliffhanger? Season 3 couldn’t come soon enough.

6. What We Do in the Shadows Season 2

Taika Waititi’s comedy What We Do in the Shadows was adapted into a series, but here’s the twist - it’s amazing. This Office-style mockumentary follows four centuries-old vampire roommates living together in Staten Island, getting up to shenanigans as they navigate modern life and meet other supernatural beings. The series really hits its stride in its second season, with a surprisingly intriguing overarching story involving Guillermo - the vampires’ familiar, who’s learned that he might be descended from Van Helsing.

What We Do in the Shadows first season felt a little clumsy - like it was still trying to figure out where all these characters land comedically. This season feels decidedly more confident, packed with rapid-fire jokes and surprising cameos. So many great episodes debuted - such as Colin’s Promotion, which could easily rival Waititi’s film in hilarity. If you’re not watching this show, you’re missing out on a whole lot of gothic fun.