Would You Want A Philips uWand? 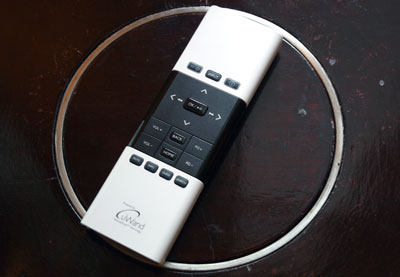 We had the opportunity to check out Philips' uWand pointing interface at a media briefing today. If you have experienced point-and-click controllers such as LG's Magic Motion or Nintendo's "Wiimote" previously, then it isn't hard to imagine what Philips' remote can do. However, there are differences between Philips' pointing dynamics and those offered by its adversaries.

Philips' uWand can be categorized as a direct-pointing technology. Essentially, the cursor appears wherever you point the stick at. The remote houses an integrated camera, which in turn interacts with LED "beacons" to determine the onscreen cursor's position. What's more, it also offers 3D capabilities. In other words, uWand has the ability to register movements on the z-axis apart from conventional navigational actions made on the x and y axis.

Given the proliferation of Smart TVs which tout applications like web browsers and interactive gaming content, it does make a lot sense to exploit a direct-pointing device as opposed to traditional button-based remotes. LG's Magic Motion, on the other hand, is a relative-pointing device which depends on a gyroscope and sensors to gauge distance and movement. That's to say the remote device can only measure motion based on an initial reference point. 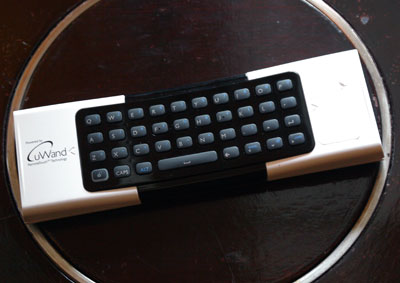 Philips does not not manufacture any uWand hardware of their own. However, Philips is offering their patented technology to remote control and TV vendors to incorporate into their devices. According to Mr Navin Natoewal, General Manager of uWand, integration only requires about US$4 on the vendor's part. As it stands, the Dutch company is pretty tight-lipped as to which manufacturer will feature uWand, although they did reveal arrival dates towards the latter part of the year.

Incidentally, D-Link's Boxee point-and-click remote control actually brandishes Philips' tech as it is unknown to some. Then again, it is not the uWand though.