Why You Should Read Transformers: More Than Meets the Eye 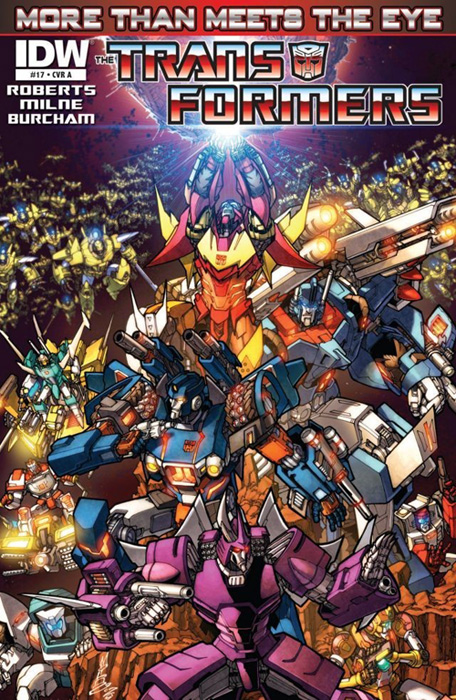 I remember being a kid, sitting on the floor of a Times bookshop and eagerly flipping through the pages of the latest Transformers comic from Marvel UK. I couldn't afford to put money down for a comic every week, but I treasured the few copies I had and tried to read the ones I couldn't get at the stores.

You can probably tell I was a Transformers nerd growing up.

There was a particular reason I loved the Marvel UK version more than the Marvel US one (both series ran concurrently, featuring the same characters but with different story-lines and flaky continuity); the UK version was more fleshed out, thanks to its head writer Simon Furman. In the UK books, the Transformers developed as much three-dimensionality as a kid could ask for, from characters made to sell toys. 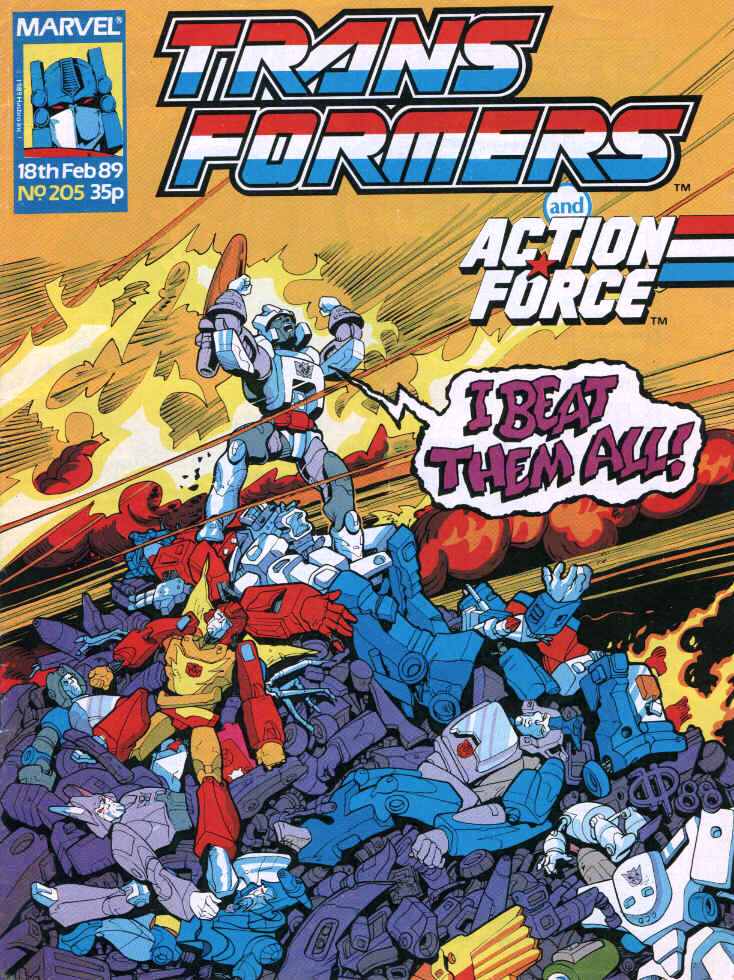 In the UK comics, Ultra Magnus was a fearsome warrior, left scarred and emo by constant beatdowns from Galvatron. Optimus Prime was a very considerate military commander who tried his best to hold all life sacred while fighting a war between giants on Earth. And the Transformers even had a mythical origin story; as creations of the god-like being Primus, who made the Transformers as a last line of defense against his ancient enemy Unicron. 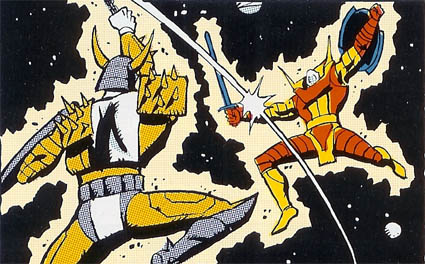 Whereas in the US comics, you had Optimus Prime volunteer to die, because he won a battle simulation in a computer game against the Decepticons by killing off some non-sentient NPCs. Even though he'd won, he still declared it a loss because he'd betrayed his morals, asking to be declared the loser and then blown up. But (I kid you not) his personality was saved and downloaded onto a floppy disk by the human who had run the simulation, and the great Optimus Prime lived on in bits and bytes, believing himself nothing more than a computer game character. Uh huh. 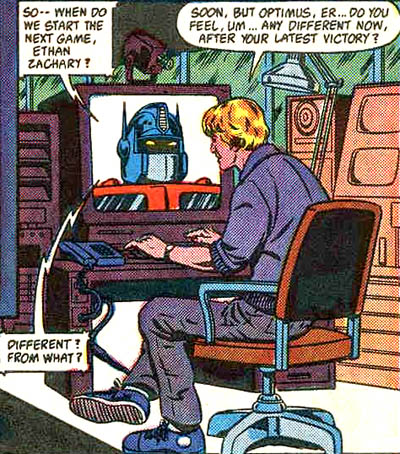 (Okay, I'll give: While Furman wrote some fantastic plots in the UK series, his dialogue was often atrocious. But still.) 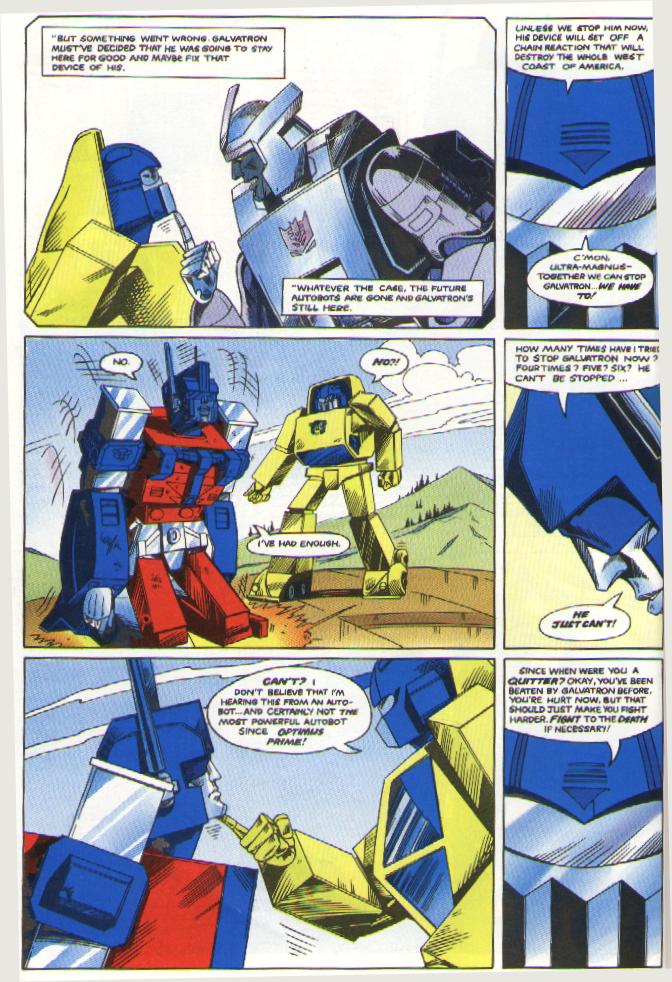 After the series ended, and the unsuccessful Generation One series which tried to restart the title, I gave up on following the Transformers, and skipped the Dreamwave and IDW runs which followed. So when I picked up the on-going Transformers: More Than Meets the Eye series from IDW, I had quite the pleasant surprise: there were my favorite robots all over again, but better, much better. It was like the creative team, led by writer James Robert, took the best of what Simon Furman did and pushed it further. Robert's Transformers have even more three-dimensional personalities than Furman's did, and the story has a stronger sense of history than ever before.

More Than Meets The Eye is relatively new, only having started in January 2012. The Cybertronian war has ended, and Rodimus Prime, along with a rag-tag team of both Autobots and Decepticons, travel through space on the Lost Light, searching for the legendary Knights of Cybertron.

In this series, Ultra Magnus, one of my favorite Autobots of all time, is an obsessive-compulsive nut who's a stickler for rules and regulations. I hate how Magnus is like in this new series, and I love that I hate it, because it means Magnus is a believable obsessive-compulsive. Each Transformer strikes you as having his own personality quirks and disorders, fleshed out as individuals who play off each other, and not just another generic Autobot/Decepticon out to fight for good/evil. 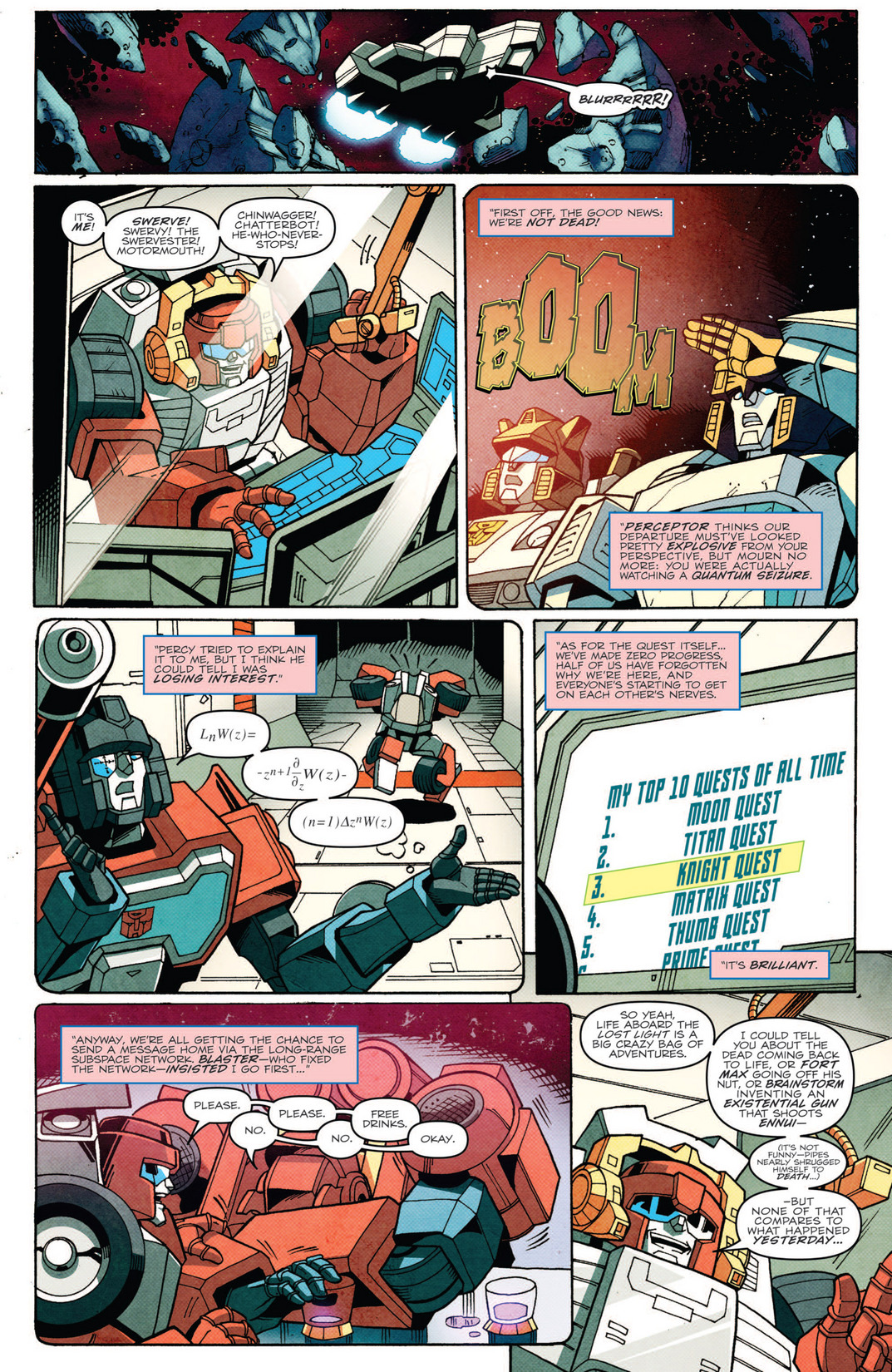 The best thing about More Than Meets the Eye is how it feels like a single long arc; multiple threads run through the comic which slowly build up to their climaxes. One of the most powerful stories deals with relationships and loss, and explored places I never thought a Transformers comic would go. I never thought that reading a comic book about robots in disguise would make me tear a little, but it did. I don't want to tell you which particular arc, as that would rob it of its power if you only read those issues; the twists work because the threads needed to make it work start weaving themselves right from the start.

Oh, and did I mention the art is fantastic? I don't think I've ever seen these bots look so handsome. And it's not just the popular crowd you'll see in these pages, I love how lesser known characters like Chromedome take center stage in the series.

With great story and great art, More Than Meets the Eye delivers a fantastic two-hit combo. I'm glad I picked up Transformers again after so long, and that I started again with this book. If you like Transformers and a story well told, be sure to give it a go.

As Rodimus would say; "till all are one." 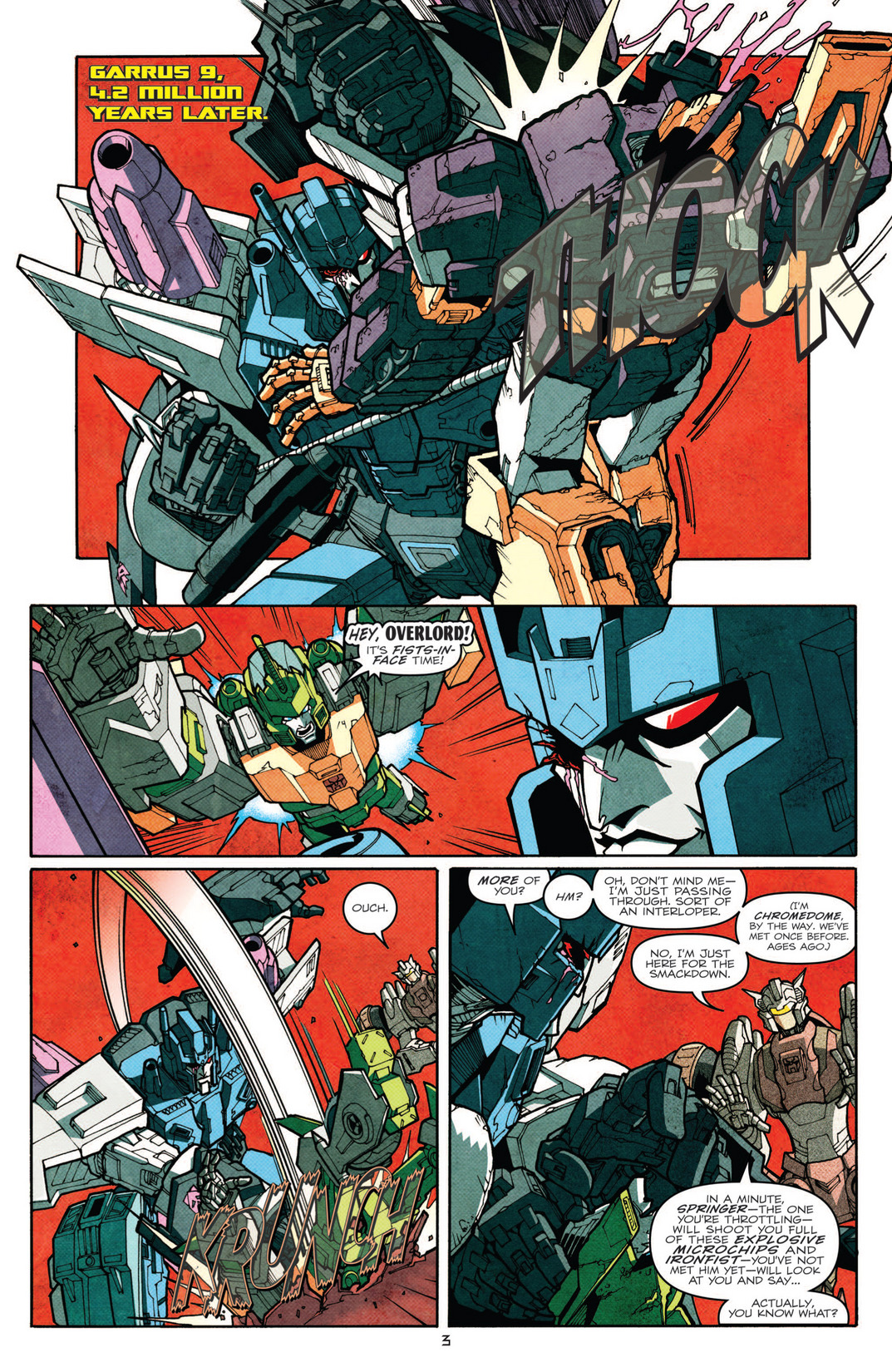