The names of the new iPhones don’t make sense. Instead of the iPhone 7s and 7s Plus, we have the iPhone 8 and iPhone 8 Plus. And then there’s the iPhone X, as in “ten” not the letter X.

Names are important. There’s a reason why Amanda is one of the most popular names for baby girls and why you hardly know anyone who is named Bathsheba (my apologies to all the Bathshebas out there).

Microsoft realized the importance of this and because of the lackluster response around Windows 8, decided to skip Windows 9 and go right on to Windows 10. I suppose it created the impression that Windows 10 was vastly more advanced, which in turn made people want to upgrade more.

When McLaren realized that its first car, the MP4-12C, had a name that resembled a washing machine, it promptly changed the names of its subsequent models. Now, its cars are named simply after the amount of power it produces. It’s not the sexiest, but at least it is pragmatic. 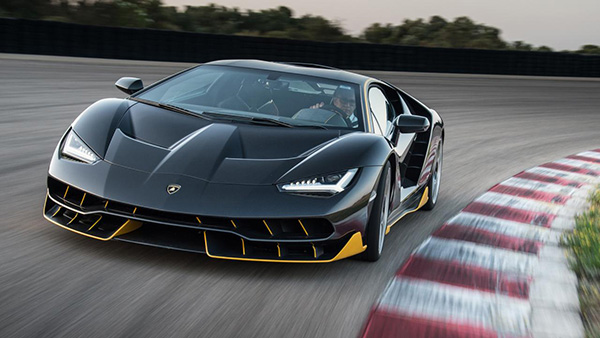 But when it comes to names, the Italians are in a class of their own. Lamborghini has the Huracan, Aventador, and Centenario; Pagani has the Zonda and Huarya; Ferrari has the Portofino; and Alfa Romeo has the Giulietta and Giulia Quadrifoglio. They all sound super sexy.

So why iPhone X? It’s simple. Apple wanted everyone to know that this is a dramatically different phone. The last few iPhones have been evolutionary instead of revolutionary, and a radically different name - nevermind that it is called iPhone “ten” instead of “X” - will make people sit up and take notice. Besides, it is the 10th anniversary of the iPhone after all.

It's not the first time Apple used the letter X in its product. Remember OS X? We call it by the letter "X", but really it should also be pronounced as "ten" since it was the successor to Mac OS 9.

X is also one of the most powerful letters in the alphabet. Just think of all the cool, powerful and fast stuff that has an X in its name. Xbox One X, Thinkpad X1 Carbon, Ferrari FXX, Pagani Zonda 760X, Koenigsegg CCX, Professor-X, and the list goes on.

As for the iPhone 8 and iPhone 8 Plus, Apple likely skipped the 7s and 7s Plus so that so that they would compare favorably with Samsung’s Galaxy S8, S8+, and Note8 phones. Calling them the iPhone 7s and iPhone 7 Plus would seem like they are a generation behind their rivals even if the advancements they pack don't really merit the 'jump' in naming . Yeah, names are superficial, but they matter.

The more interesting question is what will next year’s iPhone devices be called? Now that there’s an iPhone X (which to emphasize, is rightfully pronounced as 'ten') , Apple can’t possibly call next year’s phones the iPhone 9 and iPhone 9 Plus, can they? That would be like Microsoft calling the successor to the Xbox 360 the Xbox One. Wait a minute...