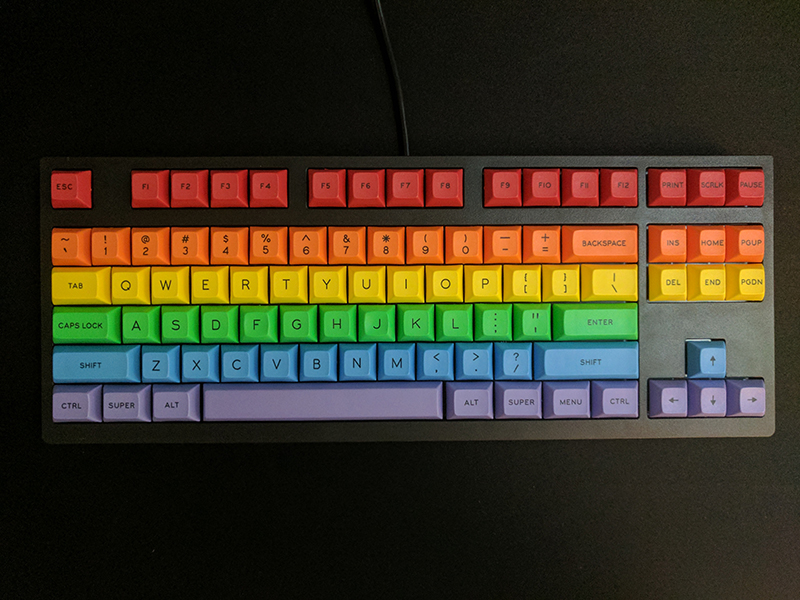 The keyboard is one-half of the way you interact with your PC. As someone who writes for a living, I spend hours upon hours pecking away at letters, trying to string a bunch of words together in a semi-coherent manner.

In other words, my keyboard is very important to me, and I’m pretty picky about how it feels. But my interest in mechanical keyboards started way earlier, and was borne more from my gaming habits than any practical need to be more productive.

My first mechanical keyboard was a SteelSeries 6Gv2 with Cherry MX Black switches, and it was a huge step up from the mushy laptop and flimsy rubber-dome keyboards I had used before.

However, the thing with mechanical keyboards is that they aren’t even anything new. The best keyboards were made in the 1980s – for instance, the iconic IBM Model F – but manufacturers had started to push more aggressively for cost savings by the 1990s, which led to a deluge of cheap, membrane keyboards on the mass market.

Fast-forward to today, and mechanical keyboards are seeing a resurgence, most notably among gamers. The original Razer BlackWidow was one of the first mechanical keyboards marketed specifically at the gaming community, and the years since have seen countless competitors from other brands, including models with their own proprietary “gaming-oriented” speed switches like Logitech's Romer-G.

But while I may have been introduced to mechanical keyboards because I'm a gamer, that’s not why I can’t get enough of them. I’ll admit that mechanical keyboards don’t confer the same level of benefits as a good optical mouse in terms of gaming. They feel great to use, but don’t markedly improve your ability to respond in game. Instead, their appeal lies in the sheer variety and depth of customizations they offer. 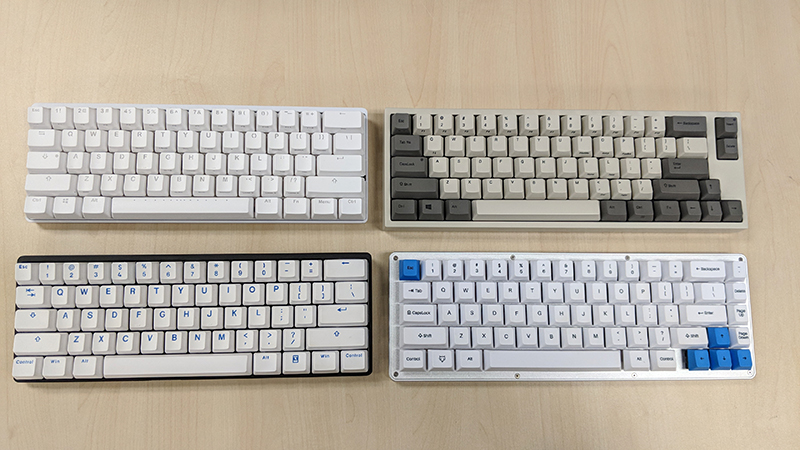 Other than your more commonplace Cherry MX Browns, Reds, and Blacks, there are a multitude of switch types to explore. There’s a sense of serendipity from stumbling on a new switch type, such as that time I found MX Nature White switches on a Vortex Pok3r RGB keyboard.

These sit somewhere between Cherry MX Reds and Blacks, and have so far proved to be my favorite switch type after Topre switches. It’s this potential for discovery and trying new things that makes this experience so fun.

Frankly, getting on Massdrop is risky business these days, because I’m likely to end up splurging some cash on a snazzy looking keyboard or keycap set, even though I never intended to. Lack of self-control aside, there truly is a lot to look forward to these days, as keyboard enthusiasts have taken to designing their own keyboards and switches and even reviving older designs.

One shining example is the Massdrop x Input Club K-Type mechanical keyboard, a unibody aluminum beauty with one of the most stunning lighting effects I’ve seen on a keyboard. More importantly, it uses brand new Halo switches, designed by Jacob Alexander over at Input Club. 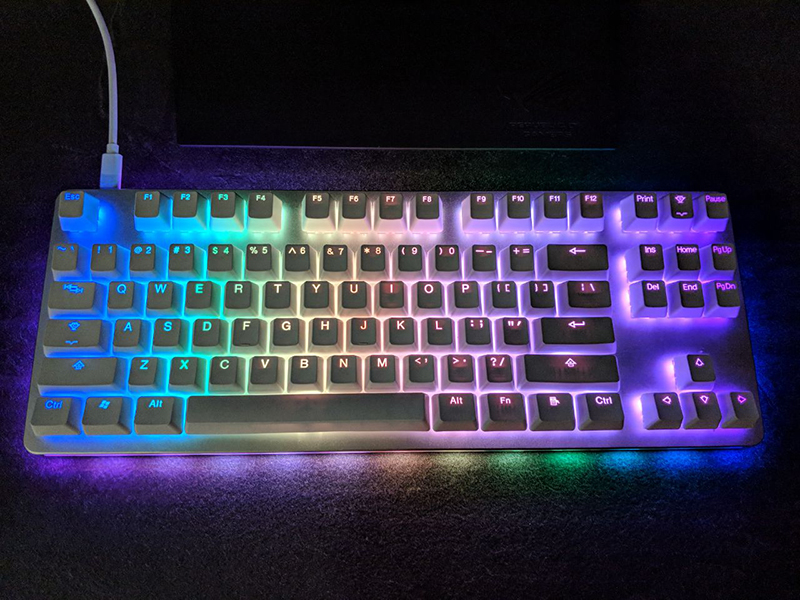 The Halo True switch is modeled after the force curve of Topre switches, and they attempt to combine the velvety feel of the latter with the wide-ranging compatibility of Cherry MX-style stems.

Then there are the Hako switches, the result of a legal dispute between Massdrop and Input Club. These switches use Kaihua’s new box switch design, which are supposedly more durable and stable.

But details aside, the point is there’s a lot of iteration and innovation going on in the mechanical keyboard scene right now. Massdrop is also bringing back Hall Effect switches in the form of the Massdrop x XMIT keyboard, which uses magnets to trigger a key press.

It’s difficult to describe the appeal of tinkering with a new and hard to find switch type, but it has a lot to do with breaking up the monotony of your everyday computing experience. Each switch truly feels distinct, and it’s refreshing to be able to have something new to play with every so often. 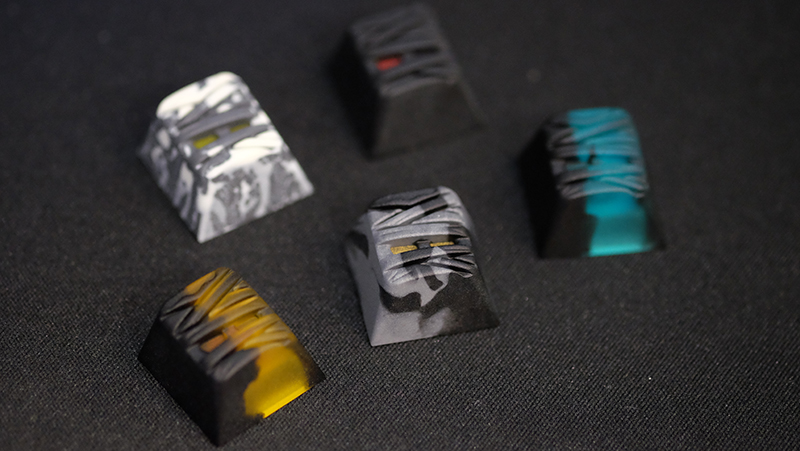 You don’t like the font on the stock keycaps or shiny ABS plastic? No problem, just swap them out. From custom sets on sites like Pimpmykeyboard.com to artisan keycaps from KeyForge, there are nearly limitless options as to what you can do. Let me just say that the latter is truly a work of art in its own right, and supply is so limited that the only way to get them is to know when the raffle opens so you can enter your name. 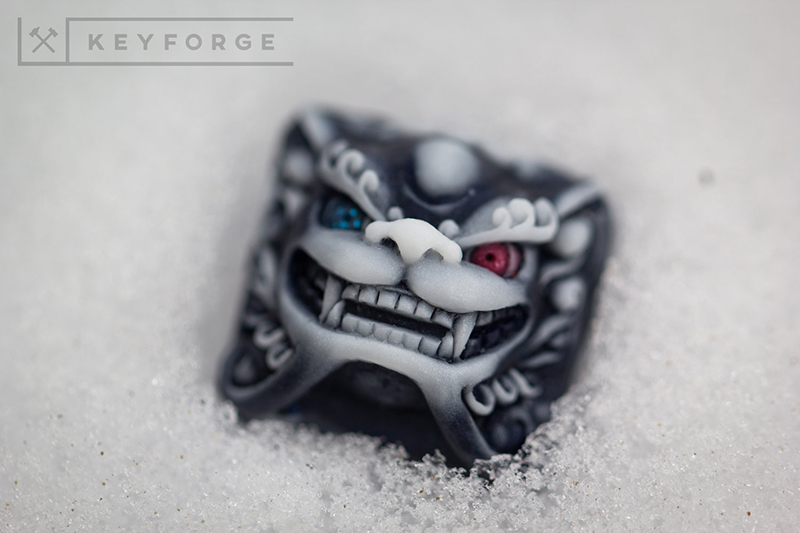 And let’s get real here. One keyboard can’t possibly accommodate all the drool-worthy keycap sets out there. 1976? Pulse? Why not both?