Note: This article was first published on 29 September 2019. 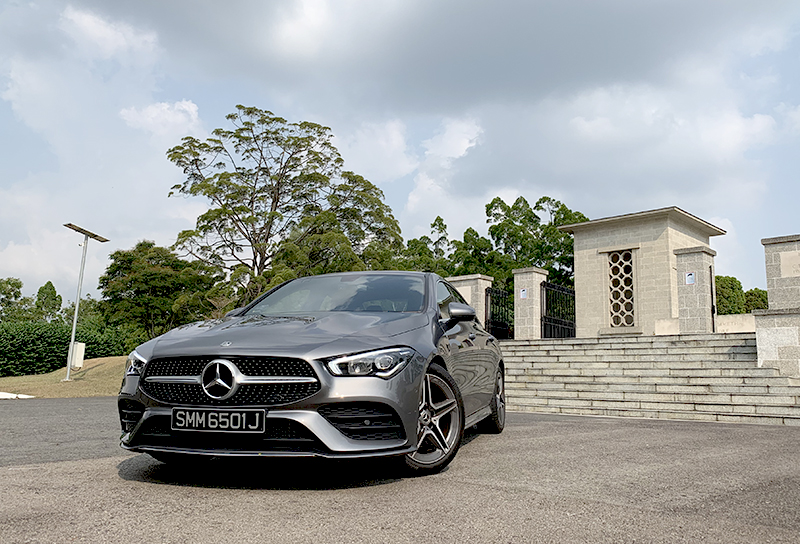 15 years ago, Mercedes-Benz had an unexpected hit on their hands when they launched the CLS. With its sloping roofline and sensual silhouette, it was the herald of the modern four-door coupés. Copies soon spawned from rivals and it was only logical for Mercedes to expand on its winning formula by introducing a more compact and less expensive version and calling it the CLA. 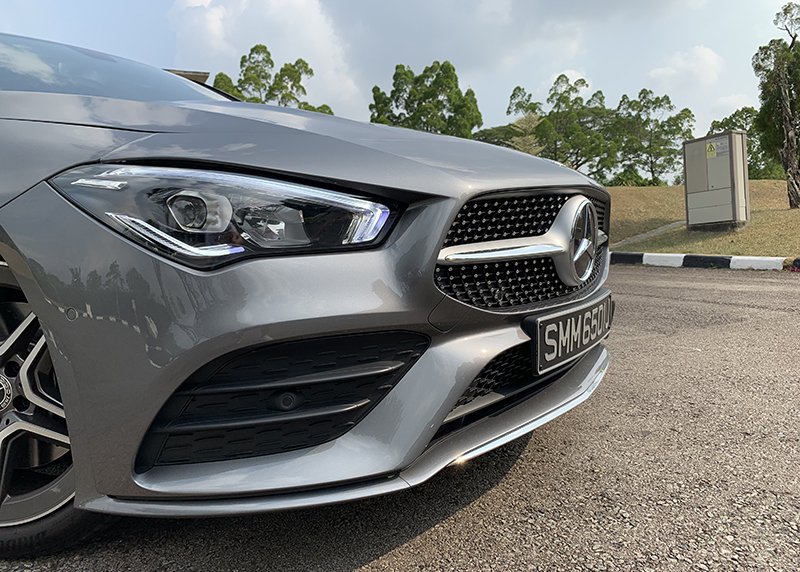 In line with Mercedes’ new design direction, the new second-generation CLA even more closely resembles its larger CLS sibling. Looks are subjective, I know, but I doubt many would argue and say that the new CLA is an unattractive car. That sharp nose, swept-back roofline, angular headlights, and low stance makes the CLA look fast even when it’s sitting still in a parking lot. Especially with the AMG trim package that came with the test car that adds special 18-inch AMG wheels, an AMG front apron, AMG side sill spills, and lower ride height. 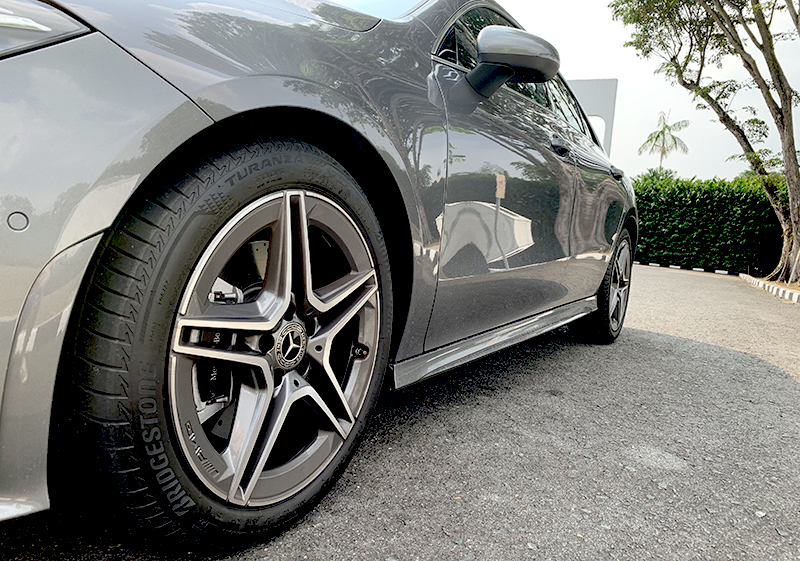 The interior is just as stylish and anyone who has sat in a recent Mercedes will instantly recognise and be at home for the general layout and operation is largely similar. The new CLA has what Mercedes calls the Mercedes-Benz User Experience or MBUX for short.

In front of the driver are two large 10.25-inch high-resolution widescreen touchscreen displays that act as your traditional instrument cluster and your infotainment control centre. It can be daunting at first, especially when you consider the wealth of information that’s on display to you and then you discover that they can be operated either using touch or controls on the centre console or on the wheels. But the entire interface is fairly intuitive and logical and I think anyone who has a basic understanding of how any mobile operating system works will be able to figure it out. The speedometer and tachometer are customisable and can be swapped for other displays like the trip computer and even an analysis of your driving pattern. If you are the kind that likes to run system monitoring apps on your desktop, you will be delighted to know that the main infotainment display can even be changed to show oil and water temperatures as well as power output and turbo boost pressure. Thankfully, if your biggest concerns are music and navigation, the CLA supports Apple CarPlay and Android Auto, so plug in your smartphone and you are ready to go. One thing to note is that Mercedes is one of the few automakers to use newer USB-C connectors in their cars instead of the more common USB-A, so make sure you have the appropriate cable for your smartphone. Still on the subject of smartphones, the centre console also has a Qi wireless charging pad, which is very useful if you have a phone that supports wireless charging. 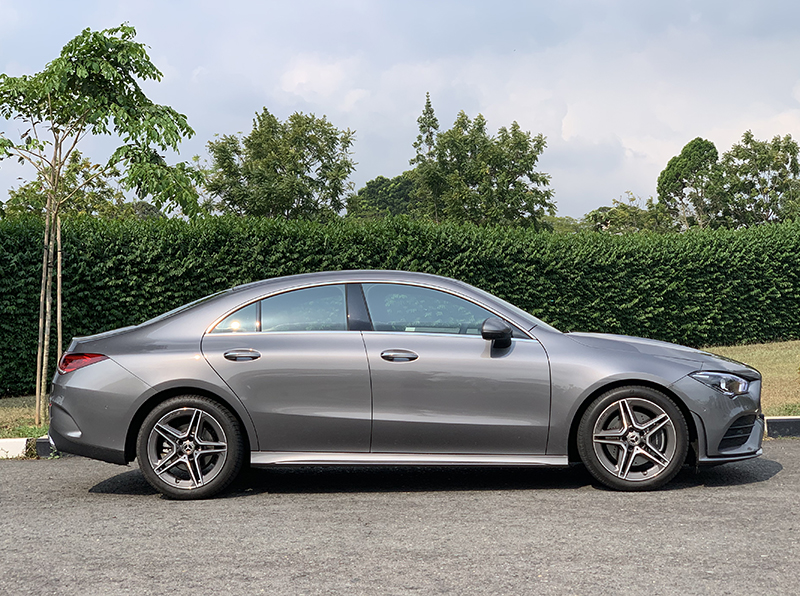 Rear headroom was the only real letdown in an otherwise stellar cabin. That sloping roofline looks good on the outside but it comes at the cost of headroom in the rear. Taller passengers may find sitting in the back of the CLA a little cramped, and parents will have to stoop a little more to put their little ones into a child car seat. Nobody ever said looking good was easy. 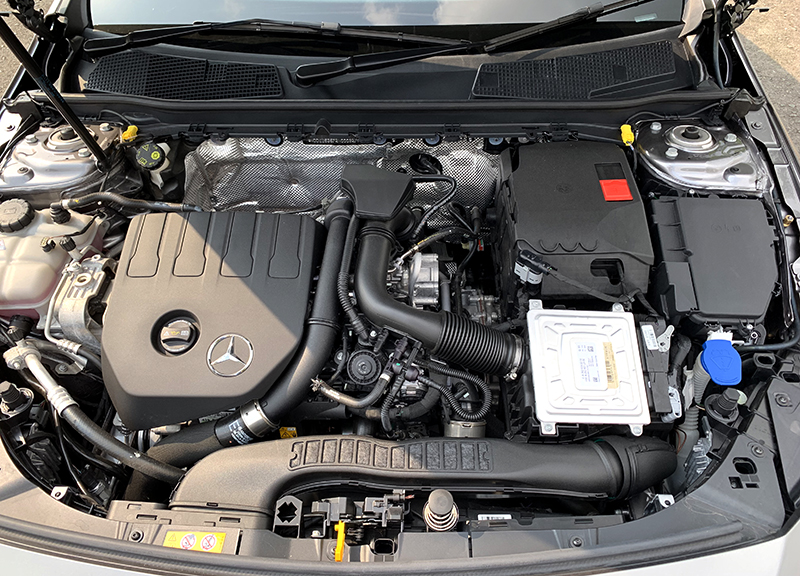 It all sounds very good on paper and the CLA is a capable overtaker on the highway, but it just doesn’t feel that fast. The motor quickly runs out of oomph when you go past the halfway mark and the 7-speed DCT gearbox is annoyingly hesitant off the mark. And it’s not like it’s especially frugal either. Mercedes claims a fuel consumption figure 5.7 litres per 100km, but I managed just 9.5 litres per 100km over a weekend of driving during which I covered 215km. I have been told by numerous passengers that I have a right foot filled with lead, but even so, the numbers are not encouraging. Which is a real pity because the CLA actually drives and handles well. It's no AMG but body roll is less than you’d expect and the steering is accurate and easy to get accustomed to. I have a feeling it will be even more inspiring to drive if it’s outfitted with lower-profile tyres. But as it is, there’s little to fault the way the CLA drives since ride comfort is good and little noise permeates the cabin even at highway cruising speeds. 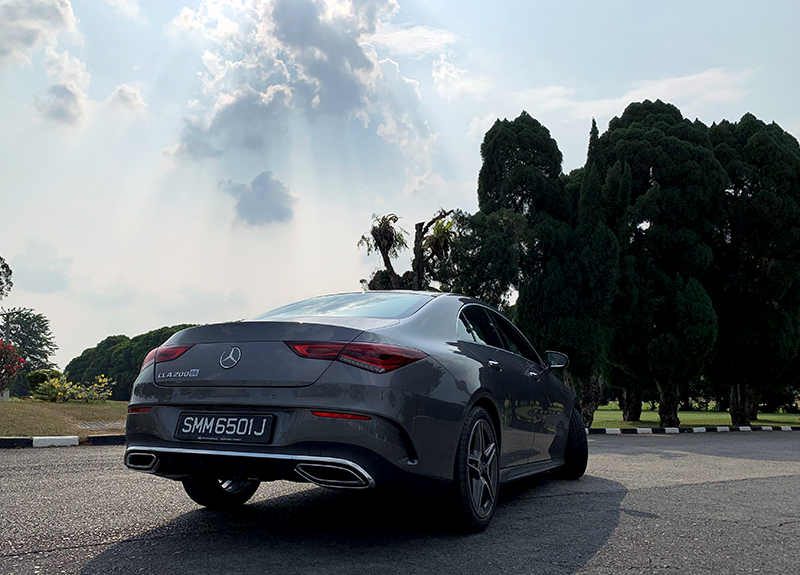 Indeed, there is little that is wrong about the CLA. Sure, one could say it's a little cramped in the back and it's expensive (S$187,088 at the time of writing), but overall, it’s an enticing package with good looks, class-leading build quality, a comfy ride, and loads of features and gizmo. I only wish it had the powertrain to match.