Note: This article was first published on 1 August 2022. 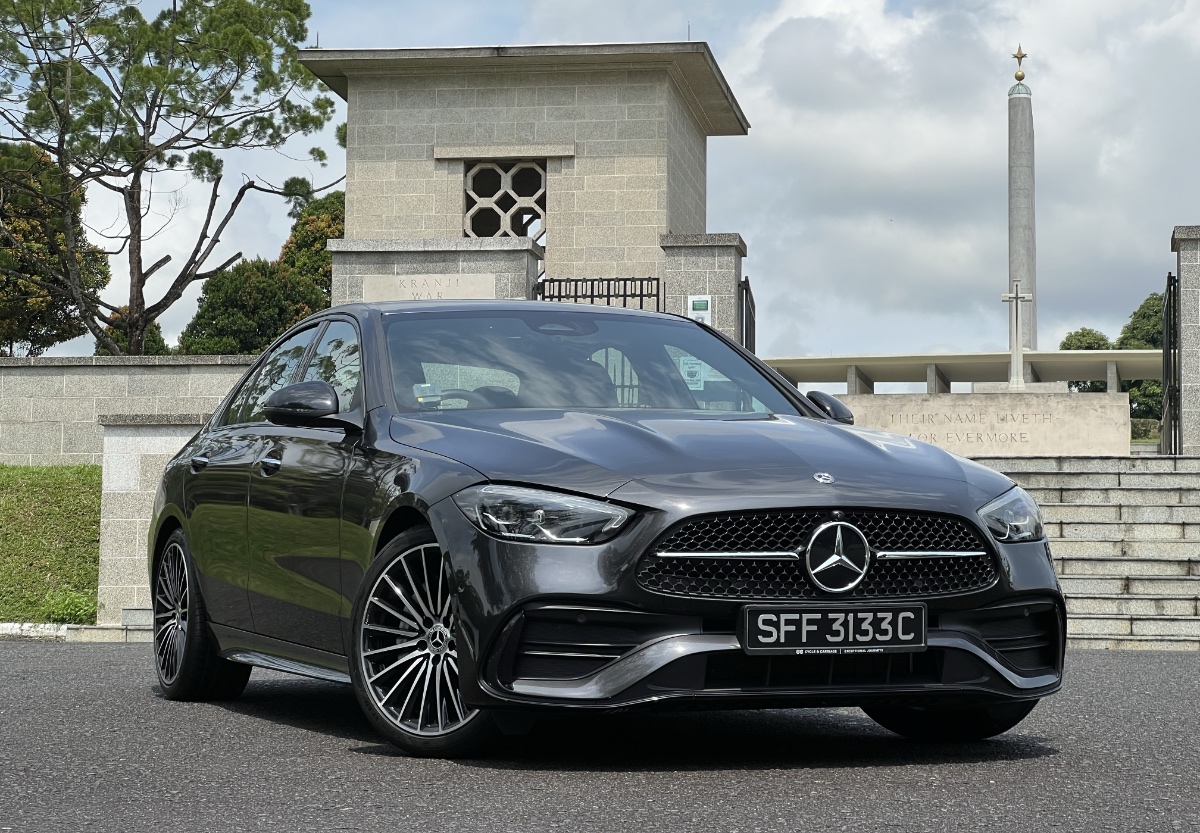 I had a hard time trying to find the press car for my test drive. The car park wasn’t that big but unless you know what to look out for, it’s easy to mistake the new C-Class for the S-Class.

Partly that’s because the C-Class is larger than ever. Changes like 10mm wider and 65mm longer sound small on paper, but in the flesh, this is a, let's say, substantial car. It wasn’t that long ago that E-Classes were this big. Coupled with the fact that it shares many design cues with the much pricier S-Class, it’s easy to see why many are calling the new C-Class a baby S-Class. 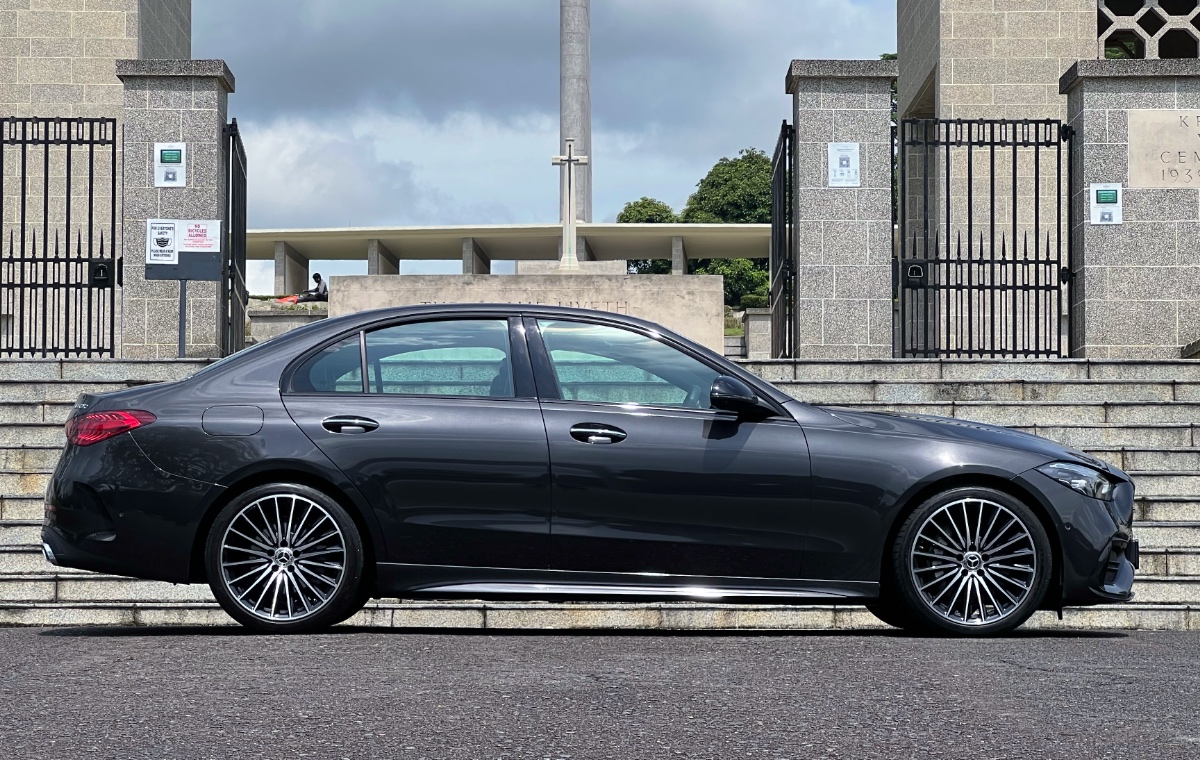 The increase in dimensions has some obvious upsides. Apart from the added road presence, there’s now loads more room inside. The cabin is spacious for what is supposed to be a D-segment compact executive car. Notably, there are loads more legroom in the back, making it easier than ever to transport a family of four in comfort.

Like most modern Mercedes-Benz cars, the interior is space age. Thanks to large screens and swathes of customisable interior lighting, it’s easily the most exciting and futuristic among its German rivals. Though it looks undeniably cool now, I worry it might age poorly. Already, the bezels around that large display on the centre console are looking a bit large. Only time will tell.

Happily, most of the materials used are high quality, but some parts do feel not quite tip-top. The centre console looks like expensive glossy carbon fibre but doesn’t feel quite so premium to touch. You have to remind yourself that this isn’t an S-Class. 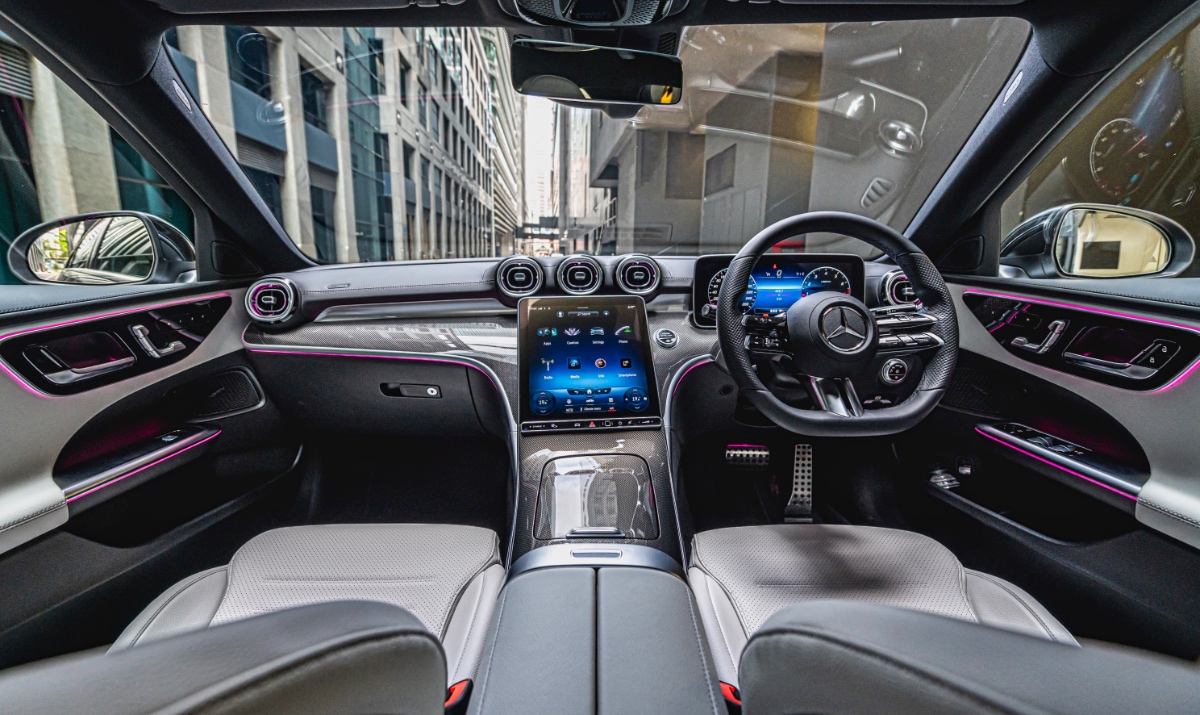 The massive display in the centre measures 11.9 inches and houses not just your infotainment, but also your climate control settings. And below it is a row of touch-sensitive buttons that lets the driver toggle between drive modes, activate the parking aid, and adjust the speakers’ volume. There’s also a small fingerprint sensor, which is used for recognising its owner and setting the car up to his or her desired preconfigured settings.

The humongous centre display has its share of pros and cons. The obvious benefit is that it’s super legible. The on-screen buttons are also large and therefore quite easy to hit even without looking. I’m not the biggest fan of touch controls but even I found them easy to get used to. The biggest downside, however, is that it’s an absolute smudge magnet. Hypochondriacs are going to have a heart attack looking at the screen. 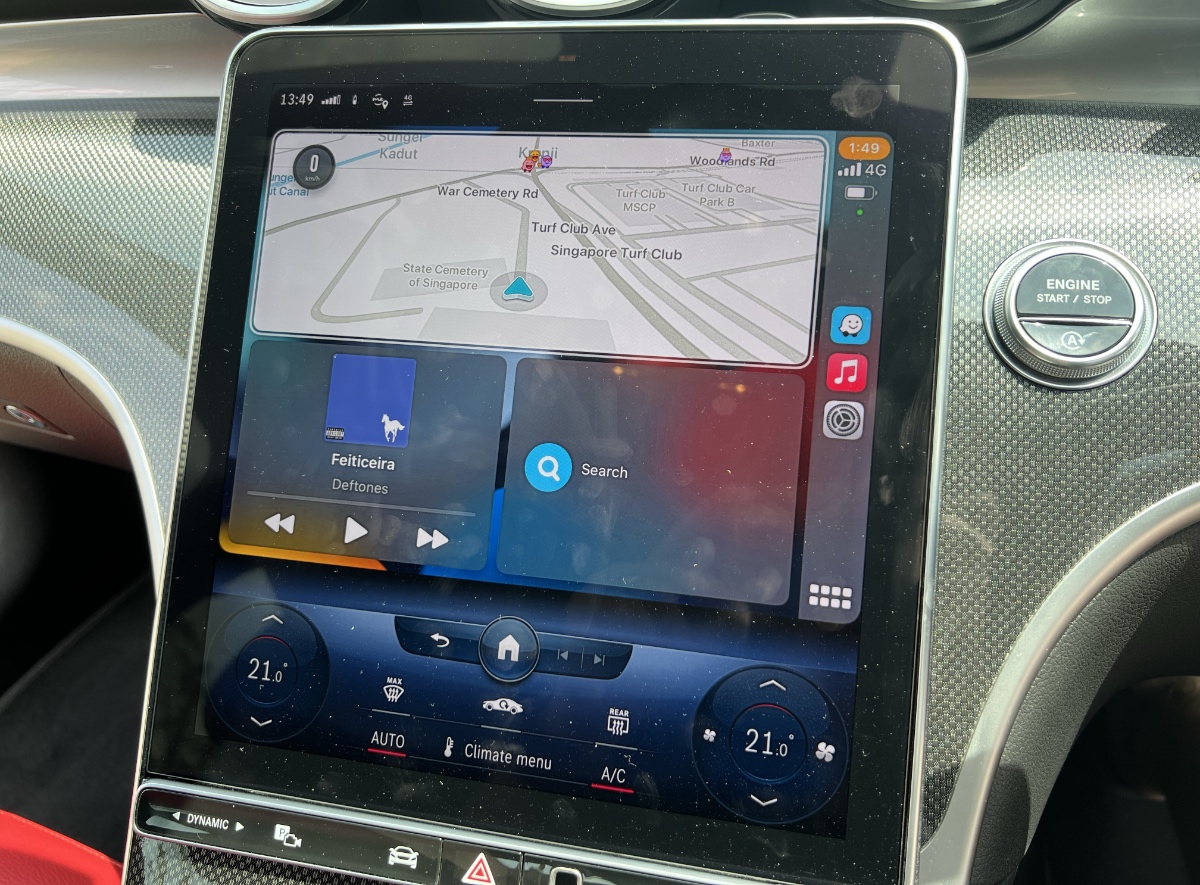 The leather-wrapped steering wheel is unusual in that it has split horizontal spokes and many buttons. Because there are so many and because they are touch sensitive, mastering the steering wheel controls requires a steady hand and lots of practice – particularly the navigation buttons on the right. I lost count of the number of times I wanted to skip a track on my playlist but ended up going into the trip computer on the instrument cluster. 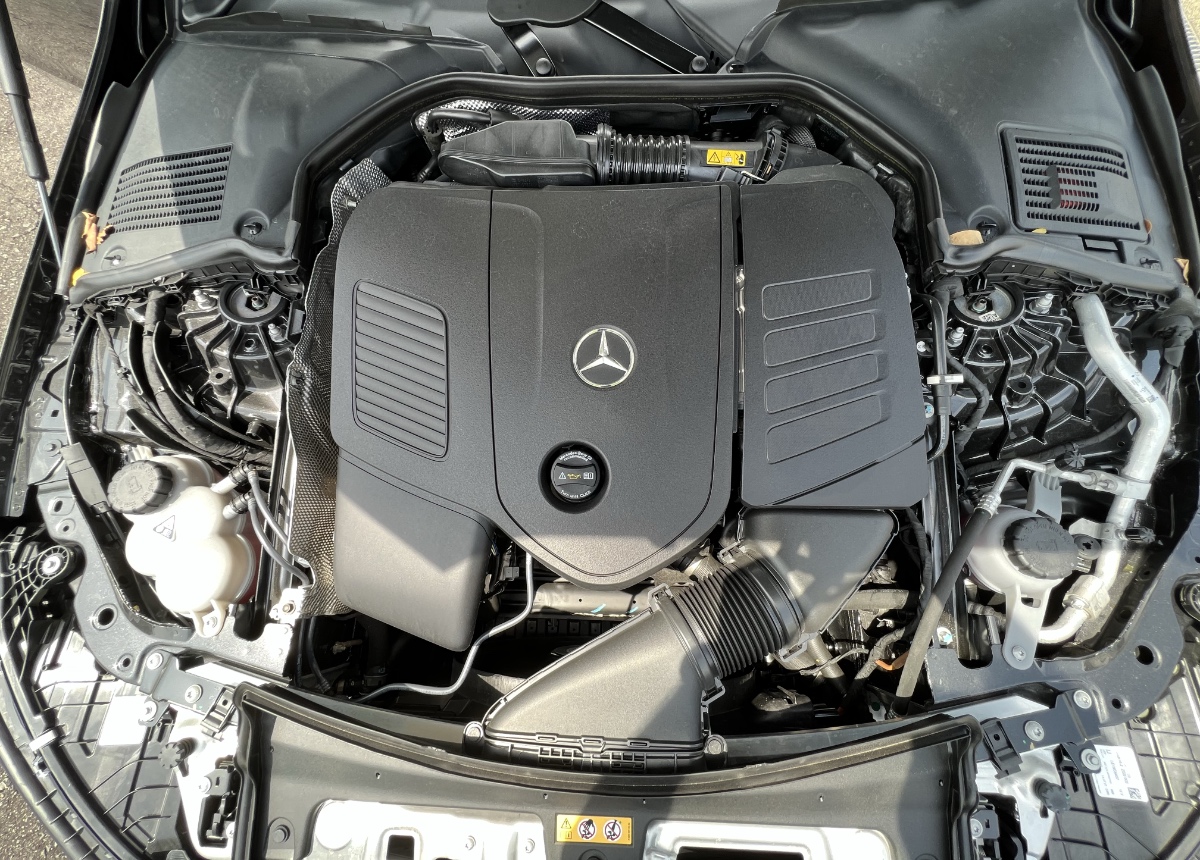 To drive, the new C-Class is classic Mercedes-Benz – smooth and refined. Partly, that’s because of the remarkable creaminess of its 1.5-litre turbocharged inline-four engine and the way it interacts with its nine-speed automatic transmission. With mild hybrid assistance, power output and torque outputs are 201hp and 300nm respectively, and the car can get from a standstill to 100km/h in around 7 seconds. These are respective figures and although the car doesn't pin you down to your seat, it also doesn’t feel as if performance is lacking.

As is the case with any turbocharged motor, fuel economy falls drastically with a heavy foot. I managed over 400km during my test and got a return of 9.8l/100km or 10.2km/l. That's pretty tragic for a 1.5-litre motor. Of course, your mileage may vary depending on your driving style and the roads you take. 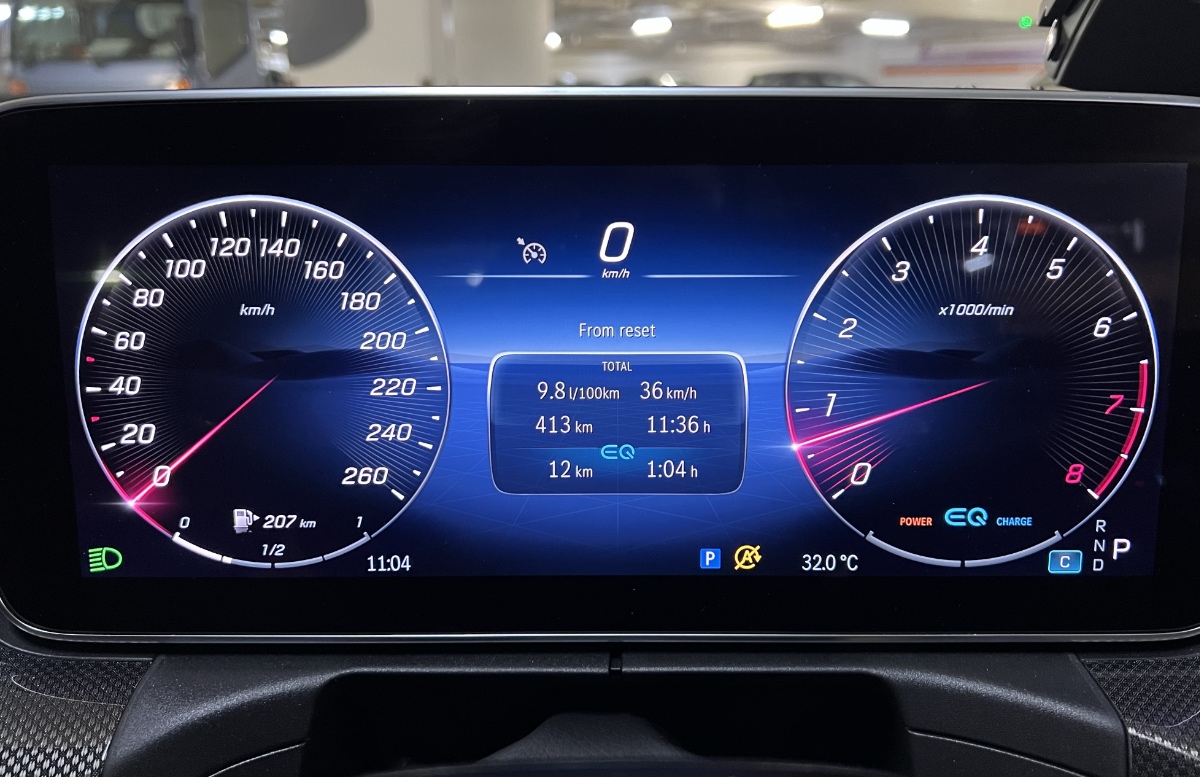 One of the additional features of the AMG Line version of the C200 is a sportier engine note when you put the car in sports mode. It’s all synthesised, of course, and even though it does sound more aggressive, it isn’t a sound that encourages you to push on. There’s a slightly disconcerting metallic edge to the sound which is puzzling because they could have made it sound like anything they wanted and yet this is what they ended up with. At any rate, the sportier modes make the transmission hold on to gears for too long and the shifts too abrupt. It’s best to just leave the car in comfort mode. 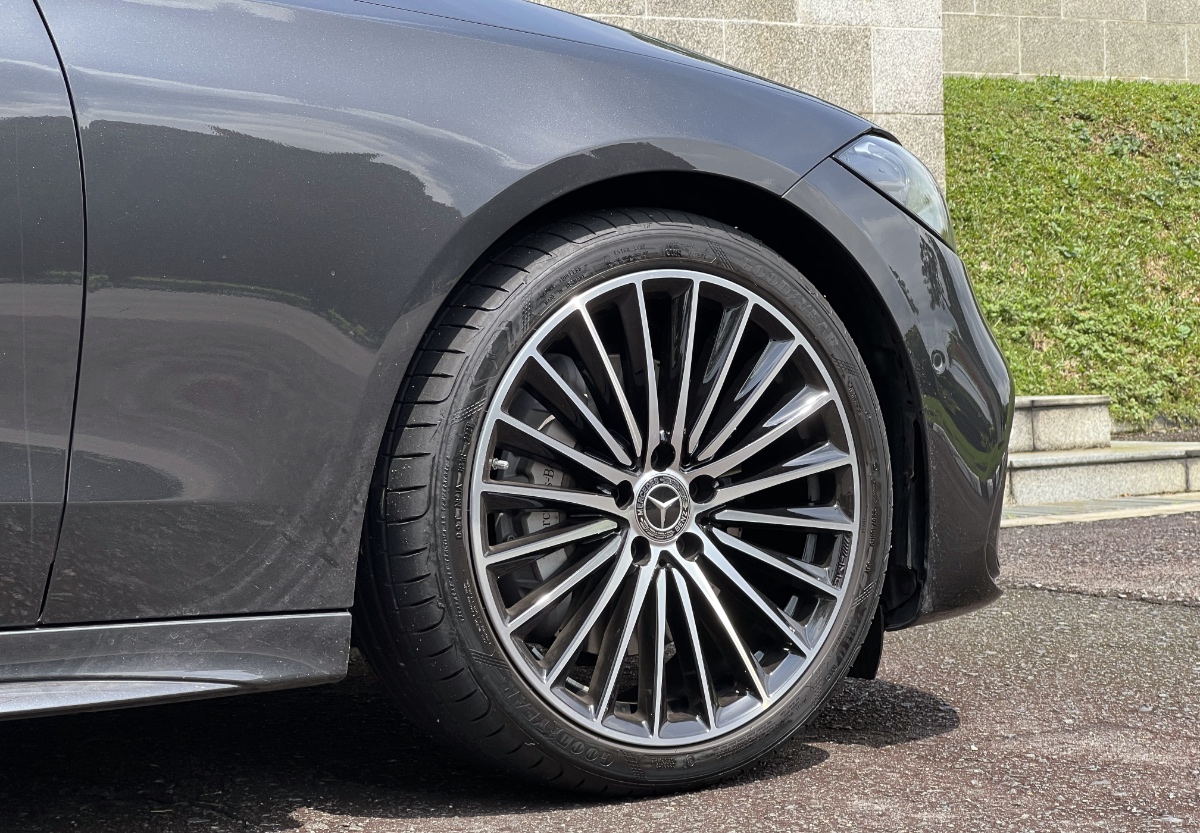 The ride is good despite the sizeable 19-inch AMG wheels. There’s a slight firmness, which is evident over certain humps, but the damping is well-judged enough so that it never jars the occupants. Cabin insulation is also commendable. It’s only over the most poorly paved roads that you are assaulted by bothersome road and tyre noise. The steering also feels direct and accurate enough. As I said, the new C-Class drives in a way you’d expect a well-made and well-sorted compact executive car to. 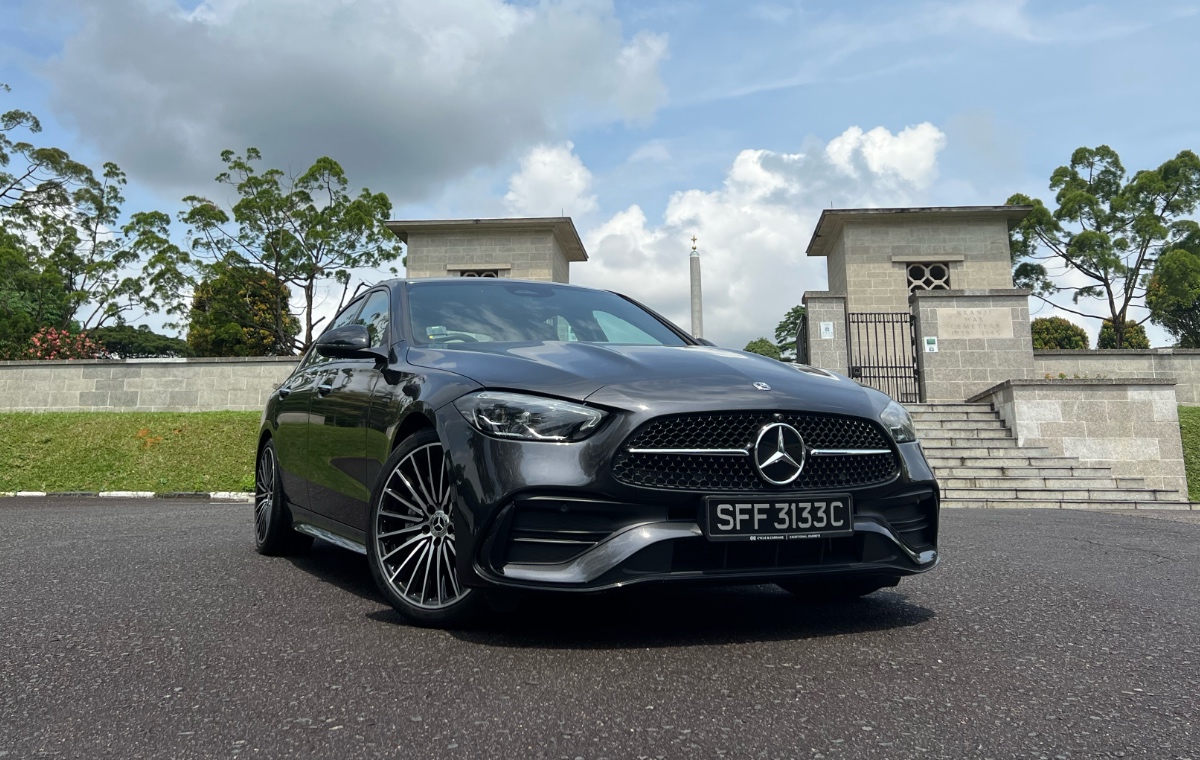 Overall, the new C200 AMG Line is a very fine car to drive and one that I suspect will be very desirable in our market. Its good looks coupled with the unquestionable brand cachet of Mercedes-Benz will surely mean no shortage of fans. However, with COE prices hitting new highs, the only thing that is keeping buyers away is its high price. Prices of the C-Class start at S$277,888 and that’s for the less powerful C180 variant. The price of the C200 AMG Line that I tested is a very dear S$326,888.