Mobile data usage has seen an exponential growth over the years, and it's not surprising when companies make a concerted effort to improve their existing network speeds. As the demand for mobile data plans grow, there is an increasing need to supply an infrastructure that's reliable and faster to meet their needs.

Long term evolution (LTE) has been on the tip of the tongue for most companies, at times marketed as the 4G network. In reality, LTE is a speed upgrade to our existing cellular network, promising downlink speeds of up to 75Mbps during the initial phase. Companies such as M1 have started upon their LTE trials, awarding Huawei a five year contract valued at S$280 million to conduct the overhaul of its existing network.

At CommunicAsia 2011, the telco was on site to demonstrate the theoretical speeds of its LTE network, which will start off with a trial on the 2.6Ghz frequency band, within the financial district of Singapore. According to M1's Chief Technical Officer, Patrick Scodeller, the company will conduct a full LTE deployment by Q1 2012. Of the islandwide network, 90% of it will originate from the 1.8Ghz frequency band, whilst the other 10% draws from the initial trial running on the 2.6Ghz spectrum. 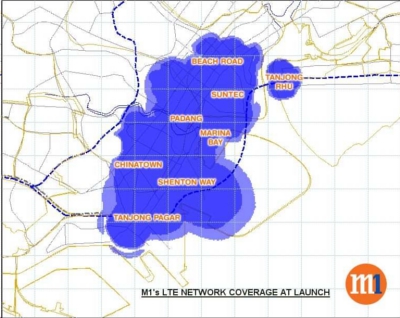 Do these numbers matter to consumers? To put things into perspective, you need to understand the basics behind the two frequency bands. The 2.6Ghz spectrum, while relatively unused, has lower penetration rate. As such, you can expect network speeds to dip in high-rise areas and indoor locations. On the other hand, the 1.8Ghz spectrum is the standard frequency that is used mainly for your voice calls and data usage. This is where the term 'theoretical speeds' comes in. With heavy traffic loaded onto the common bandwidth, the actual downlink and uplink speeds will be spread across the network. In short, the pipeline will find itself clogged up with more users hopping onto the LTE bandwagon.

Should consumers be concerned over the potential overload? M1's initial LTE trial will be supported by 30 base stations spread across the financial district. Its islandwide network, according to Scodeller, will have an estimated 200 base stations being ready for the LTE upgrade.

With the infrastructure, comes the devices. As of now, Huawei has showcased its latest USB dongles that supports LTE's higher downlink speeds. But for the consumer, the real focus falls upon smartphones and tablets that can match the ever-growing LTE speeds. Scodeller has mentioned that M1 will be announcing new LTE plans that are targeted at tablets and smartphone users. 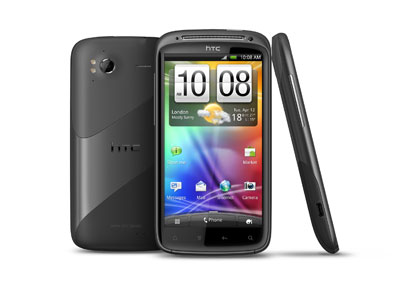 But in reality, recent entries into these two segments, such as the HTC Sensation and Samsung Galaxy Tab 10.1, are only capable of downlink speeds of up to 14.4Mbps. While the potential to truly maximize the 14.4Mbps speeds is there with LTE, the forward looking goal here is to see devices breaking that barrier to support services such as HD video streaming on your mobile device. Even now, the web is abuzz with news of Apple planning an LTE-ready iPhone with China Mobile.

At the end of the day, LTE is the natural evolution of the mobile network. The question is, will LTE benefit the consumer anytime soon, or will it be reliant on LTE-ready tablets and smartphones to lead the way? This is a trend worth looking at as we move onto the next half of 2011, into 2012.