A Tale of Two Tablets

Let's start with Toshiba. They launched their Smartbook series, the AS100 and the AC100 on 09 Nov, a Tuesday. The AS100 is a 10.1-inch tablet (or slate) device that runs on Android 2.2 while the AC100 is the AS100 but with a keyboard and a netbook form factor. Now, a 10-inch tablet and running on Android 2.2 would mean a good thing, but factor in that it's running on NVIDIA's Tegra would mean even more kudos for the unit.

My hands on during the launch event however, says otherwise. Due to a 16:9 aspect ratio, the tablet feels a little elongated while held in portrait mode, leaving me to wonder just how strange it would be to read books that way. Build quality seemed a tad cheap and the custom UI also looks to be pretty forced and not complete, but I will wait for a review unit before I make the final judgement. 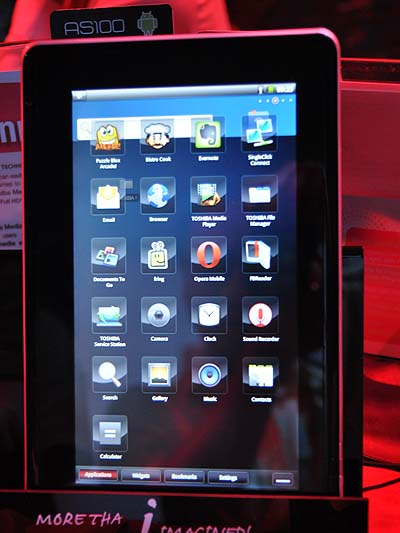 Toshiba is touting 7 hours of battery life, which is pretty impressive. Is this the Apple iPad killer? I'll find out when the review unit arrives, and well, hopefully my first impressions won't carry over.

Next on the tablet launch list is Fujitu's Windows 7 based tablet PC the Fujitsu Lifebook T580. Now, Fujitsu has a tradition of making such tablets, so it's no surprise to find the T580 in their lineup. What's different is that this time around, they are launching one in a netbook form factor but, with an Intel Core i3 processor.

During my short play time with the unit, I tested out the new four finger multi-touch capabilities of the tablet, and while I can't say I'm impressed, it's still a decent attempt to differentiate themselves from the other tablets. Being able to use your fingers to control the OS is a good thing, but Windows 7 just isn't the device for a tablet PC. 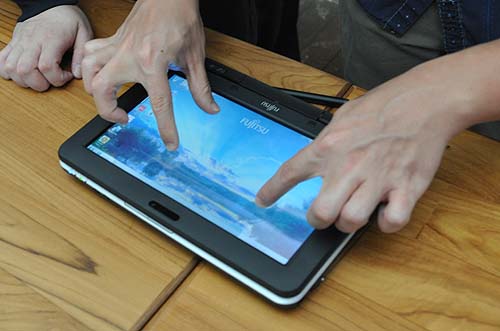 Next week, Creative will have a local launch for their Android tablets, so that's another thing to look out for. While Android based tablets aren't really what the doctor ordered (you have to wait till Gingerbread or even Honeycomb to be released), it's still a good thing to have alternatives available. This means I'm looking forward to doing a tablet shootout sometime soon, so if you're interested, remember to check back here or HWM.