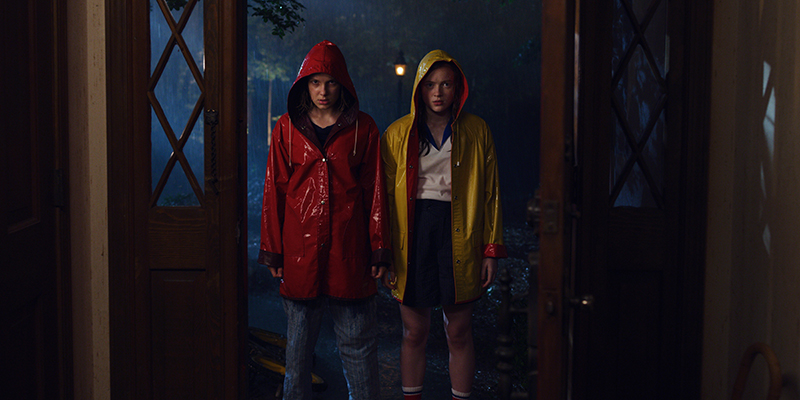 This is a spoiler-free review.

It feels like forever, but Stranger Things 3 is finally coming to Netflix. Nearly two years after its second season, which I thought was basically a bigger and more epic version of the first, season 3 ups the ante yet again with a more expansive scope and higher stakes than ever before. All your favorite characters from this 80s nostalgia series are back, but they're enmeshed in an even more complex web of players, featuring new characters, new baddies, and one very evil Mind Flayer.

Set in the summer of 1985, months after Eleven sealed the gate to the Upside Down, the series starts off with the languor and idyllic quality that all school breaks have. Dustin has been away at summer camp, and Mike and Eleven are still relishing the high of a newfound relationship. Everyone also looks more grown-up, but more importantly, they look happy, which only makes the slide back down into the shadows even more precipitous.

The characters also have new locales to play with, most notably Starcourt Mall. That's where one of my favorite scenes from the series takes place, which is Eleven going shopping with Max. The entire sequence was bright, colorful, and fun, with an upbeat vibe that felt like a perfect callback to the 80s. Eleven also ends up picking out a whimsical and brightly colored outfit, which I have to say is a huge step up from the punk getup she showed up in in the previous season. 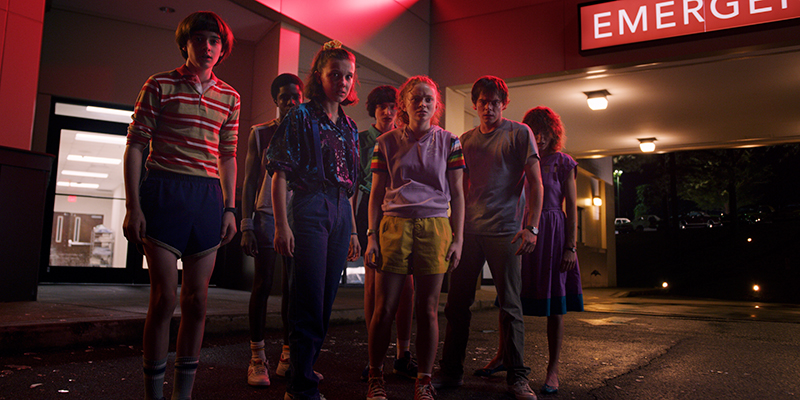 Steve is working at an ice cream shop in Starcourt now, but his perfectly coiffed hair of legend is now hidden under a kitschy sailor's hat. That said, he gets to engage in some enjoyable banter with his co-worker and new cast member Robin, played by Maya Hawke. She's shaping up to be one of the better additions to the show, serving up a mix of daring, wit, and sass that complement Steve and Dustin nicely. The trio end up spending quite a lot of time together in the early episodes as they try to decipher a mysterious coded message that one of Dustin's new gadgets has intercepted.

Steve and Dustin's interactions are also the perfect follow-up on the former's redemption arc from the previous season. Originally sort of a jerk and part of the popular crowd, Steve turned out to be compassionate and likeable, someone who put his life on the line for a bunch of nerdy kids that his erstwhile friends would never be seen with. Stranger Things 3 isn't afraid to give the duo more screen time together, and they make a really odd couple that just work. 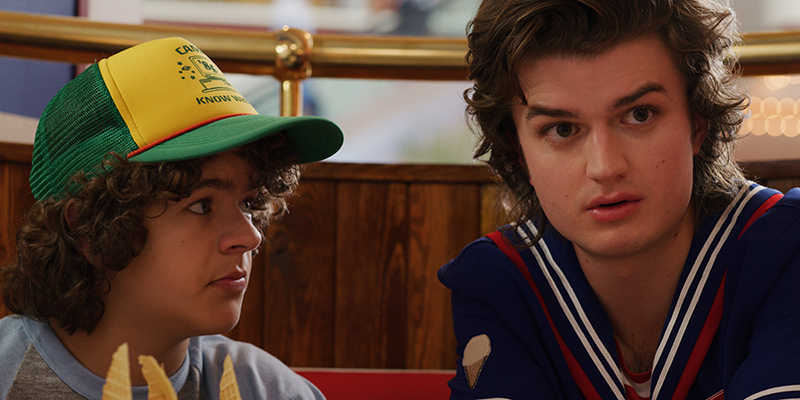 However, that coded message will end up being an important part of the larger narrative, as will Dustin's fancy new listening device, a portable radio tower called Cerebro that runs off battery. Dustin originally planned to use it to talk to his girlfriend Suzie, who he says lives in Utah. Another intriguing development to be sure, given that Dustin doesn't seem like the type to be able to score a girlfriend who is supposedly "hotter than Phoebe Cates". It's also not immediately clear whether Suzie actually exists, since Dustin wasn't able to contact her with Cerebro, which is also when he happened to intercept the coded message. His friends sure are skeptical, and Lucas says outright that "maybe Suzie doesn't exist".

The group has to contend with shifting dynamics as well. Will clearly hopes to simply continue playing Dungeons & Dragons with his friends, but Mike and Lucas seem more interested in hanging out with their girlfriends, Eleven and Max. Clearly, growing up is hard, but what's more important is how we adapt to these changes. Similarly, Stranger Things 3 has needed to adapt to prove its continued relevance and longevity as a series three seasons in. Lesser shows might struggle with having to work with the same source material over and over, churning out something that feels stale and uninspired.

Fortunately, that is not Stranger Things 3, and it makes good use of its new characters and settings. The action is tight and focused, and it truly is a joy to watch the characters bustle about and try to piece things together. You'll figure things out way before they do since you've got a bird's eye view of everything, so it's really satisfying once everything starts to come together. That said, the show still retains its signature elements of comedy, nostalgia, gore, and horror movie scares. It's the same show you love, just bigger and more exciting than ever, and I'm pretty sure you won't be able to resist binging the entire thing at one go. Good thing it drops close to the weekend on 4 July then.