Stranger Things 2 is a slower, bigger version of the original with an epic ending 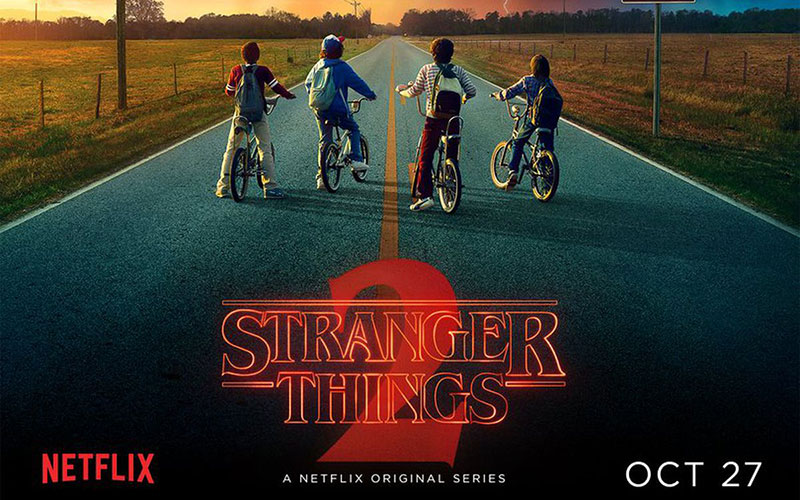 The first season of Stranger Things was a magical trip back to the 1980s. Its charming nostalgia was coupled with an intriguing new mythology and powerful performances by the show’s young stars, making for an enthralling story centered around friendship and adventure.

Part of the joy of the first season was the slow unraveling of the Upside Down, as the show teasingly filled in the puzzle pieces to a dark netherworld that turned out to be a twisted mirror of our own.

Everything felt fresh and inspired, and despite surprisingly brutal moments – a shot of Barb’s decomposing body with a slug coming out of her mouth – the show still had a whimsical quality that’s missing from a lot of television series today.

Season two tries to recapture some of that magic, and it brings back the same retro visuals and gives a fan favorite a lot more screen time. However, that may be part of the problem. Stranger Things 2 feels just a little too familiar, and most of the time I was just waiting for the other shoe to drop. 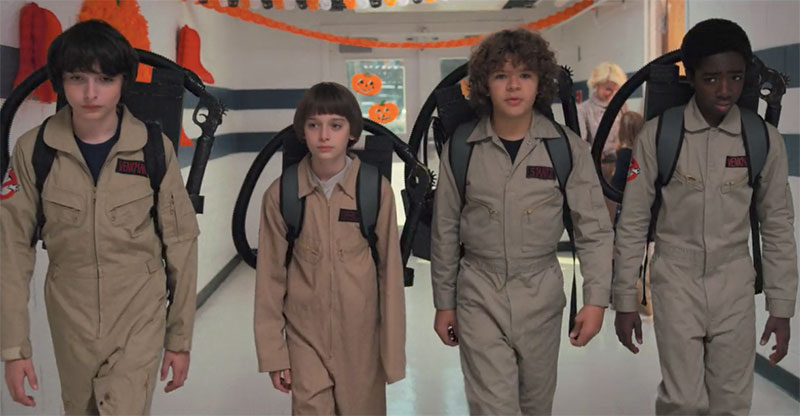 When it did drop, and Will gets into trouble with the Upside Down (again), it felt like the first season all over again as the gang races to save him and keep the monsters at bay.

Note that I say monsters, because there really are a lot of them in Stranger Things 2. The big bad of season one was the Demogorgon, which certainly seemed menacing enough at the time, but season two kicks things up a dozen notches with a veritable pack of demogorgons – henceforth to be fondly called demo-dogs – and one super big monster with too many legs.

In other words, Stranger Things 2 seems to be utilizing its bigger budget by throwing more monsters at a new season. There’s arguably something more sinister and terrifying about the monster you don’t see, which sneaks around in the twilight and snatches innocents up from swimming pools.

That was part of what made Stranger Things so enjoyable, as you don’t get a good look at the Demogorgon until Eleven vanquishes it at the end. After all, the most awful creature is the one that lives in your imagination.

But guess what, you get a glimpse of the large shadow monster and all its tentacles in the first episode of Stranger Things 2. The Mind Flayer, as Dustin calls it, looks to be an amorphous force of evil that simply wants to kill. The Duffer brothers have clearly decided that there’s no point in having a bigger budget if you don’t get to see all the CGI goodness it was used to produce.

And while I’m not about to question the motivations of shadowy monsters, the lack of any new information about how the Upside Down even came about is quite disappointing.

I went into season two hoping to learn more about the mythos behind the story, but Stranger Things 2 gave me none of that, instead replacing the Demogorgon with more demogorgons and a bunch of evil scientists with a new group of supposedly friendlier ones.

The show does attempt to introduce new elements with Mad Max and Eight, but while the two certainly have interesting back stories and the potential to blossom into fully formed characters, they don’t quite feel there yet. For instance, Eight is so far little more than a harsh attitude with dark eyeliner, even though her presence does raise the tantalizing prospect of more super-powered characters in the third season.

Elsewhere, Jonathan and Nancy’s efforts to get justice for Barb also feel a little too much like fan service. Barb didn’t stick around long enough to have much of an impression, and maybe the show shouldn’t dedicate entire episodes to internet memes.

The rest of the show is peppered by inexplicably bad decisions by Hopper and ham-handed attempts to shove couples together (Hopper/Joyce, Jonathan/Nancy), which had me more than a little frustrated.

Having said all that, there are flashes of the same magic that made the first season so engaging. Millie Bobby Brown continues to impress as Eleven, and one of the most endearing character arcs is Steve Harrington’s transformation from high school bully to fierce protector (or babysitter) of Mike and his friends. 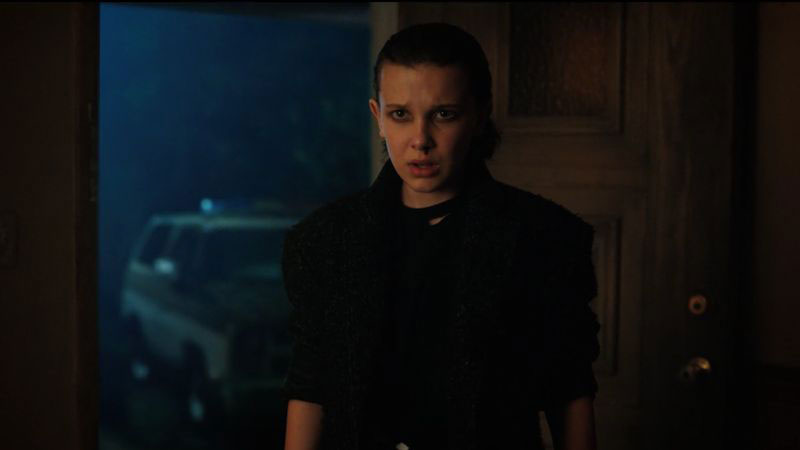 Bob’s heroics carry heavy emotional weight as well, and his spirit of self-sacrifice, awareness, and acceptance of Joyce for who she is makes him one of the most poignantly written characters on the show.

The series really picks itself up late in the season, and there’s the thrilling sequence of events as the group tries to outsmart the Mind Flayer, which has picked Will as a host.

And if there’s one thing about Stranger Things, it’s that it really has the best endings. Who can forget Will coughing up a slug as the bathroom briefly flickers into its creepy Upside Down version, and then back to placid normalcy?

This time, Stranger Things 2 takes time for a few heartwarming moments, and to tug at a few heartstrings. From Steve dropping Dustin off at the middle school dance and his longing glance at Nancy, to Nancy’s pep talk with Dustin on the dance floor, we’re constantly reminded about the ties that bind all our favorite characters together.

But the kicker comes when the camera turns on its head to show the Mind Flayer poised menacingly over Hawkins Middle School, after a blockbuster-worthy visual spectacle that saw Eleven close the portal between the two worlds. This clearly isn't the last we'll be hearing about this monster and its many legs.

All things considered, Stranger Things 2 may have only found its footing near its end, but for fans of the series, it probably more than makes up for a plodding start. I may have missed the world building and mystery that made the first season so fascinating, but I have no doubt that I'll be back for the third season, in the hopes that there will be new enigmas that will keep me at the edge of my seat.