Should the Swiss be afraid of Apple? The iPhone and iPad are two of the most innovative and disruptive technologies of the past decade and Apple is hoping that its rumored and hotly anticipated smart watch can be just as groundbreaking. To do so, the company has recruited some of the brightest in the fashion and watch industry.

These recent hires seem to indicate that Apple is serious about entering the wearable technology and smart watch market. And in hiring veterans from the luxury and fashion industry, it seems that they are not completely ignorant to the fact that there is more to just design and specifications when it comes to watches.

And when watches are concerned, one cannot ignore the Swiss. The Swiss have been making watches for centuries and today accounts for over half the world’s total watch production in terms of value. However, the Swiss watch industry has been largely unimpressed by smart watches, as evidenced by this year’s Baselworld watch and jewelry fair, where none of the major Swiss brands announced a smart watch.

However, can they afford to ignore smart watches, especially when it seems now that Apple is serious about them? Well, according to a recent column on a popular watch blog, the answer is no. And that the major Swiss watch brands are courting their deaths by continuing to turn a blind eye to smart watches and for not adapting quick enough. I disagree. Last year, I wrote about how smart watches are still not ready for prime time. And this year in the June issue of HWM, I revisited this topic, and again, I found that smart watches are still limited in their functions and capabilities. So unless Apple can pull the proverbial rabbit out of the hat, I believe that there is still some time to go before smart watches become truly mainstream devices.

Even so, the Swiss watch industry is no stranger to disruptive technologies. In the 70s, many Swiss brands were threatened by the advent of quartz watches. Quartz watches were not only many times more accurate and precise, they were also considerably more affordable than mechanical Swiss watches. This led to what has now become known as the Quartz Crisis and almost entirely destroyed the entire Swiss and mechanical watch industry. 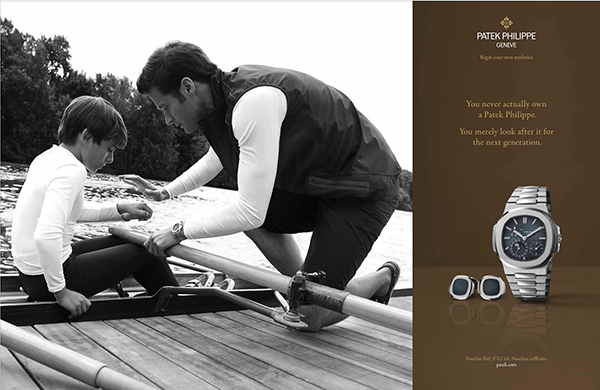 In this new age, the Swiss watch brands pride themselves on their heritage, craftsmanship, design and prestige, and in doing so, became more than just mere timekeeping devices. For example, high-end watch brand Patek Philippe is proud of its history and celebrates the timelessness and the permanence of its watches. This can be seen in the company’s tagline: “You never actually own a Patek Philippe, you merely look after it for the next generation.”

Another high-end watch brand, Audemars Piguet, famous for its use of high-tech materials, bold designs and numerous inventions such as the first minute repeating watch back in the late 1800s, honors its rich tradition of innovation with its tagline: “To break the rules, you must first master them.” 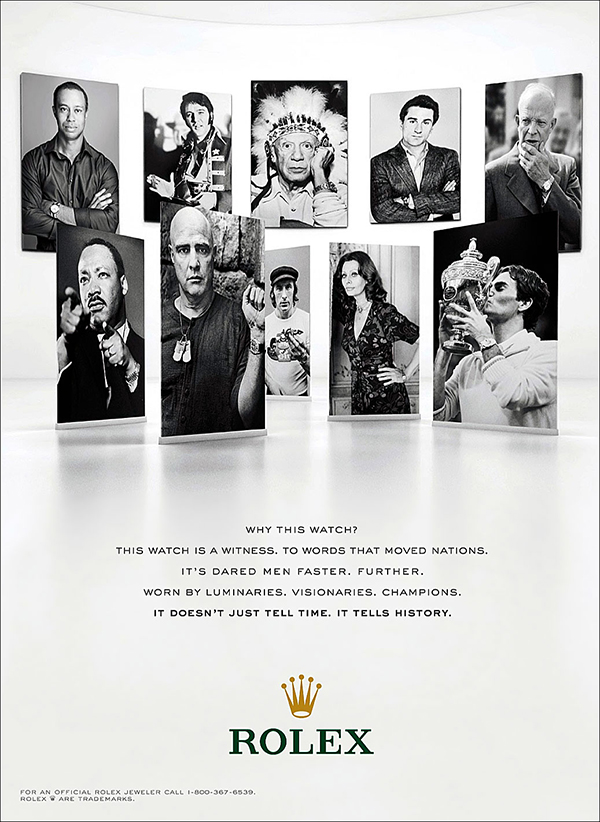 Rolex, the largest independent Swiss watch brand, is quick to point out that its watches have adorned the wrists of many famous people in history. For instance, on the wrist of Sir Edmund Hilary and Tenzing Norgay when they became the first people to scale Mount Everest was Rolex’s Explorer watches. More recently, when James Cameron went over 10,900 meters under water in the Mariana Trench, attached to the outside of his submersible was a Rolex Deepsea Challenge watch. Rolex watches were also worn by other luminaries such as Martin Luther King Jr., Elvis Presley and Pablo Picasso. No wonder it is often considered a symbol of success.

While I have no doubt that as technology improves, smart watches will offer more functionality and could even usurp smart phones as our most important and personal device, I still think the Swiss watch industry as well as mechanical watches will still remain relevant and important. Some brands might be threatened, but those that have a strong brand identity and a clear direction will continue to thrive.