Sandy Bridge Motherboards May Not Have Native USB 3.0

This Christmas is going to be pretty interesting for everyone. Mass consumers are going to be happy with more tablet and e-book reader options with the upcoming Samsung Galaxy Tab and the recent announcement of BlackBerry's PlayBook that's coming early next year. Couch potatoes will have many interesting goggle box options from entire 3D TV ecosystems by every major brand, to an explosion of new media streamers and hubs to supplement cable content. For console gamers, PlayStation Move and Xbox Kinect will be available, while PC gamers can rejoice that the Fermi architecture based GPUs are getting more prevalent with various models (GTS 450, GT 440, GT 430, etc.) at affordable price points. Not to be outdone is AMD's new Southern Islands GPU family that should be launched in the next few weeks to keep the pressure on the green team with a refresh of their existing Evergreen (Radeon HD 5000 series) product lineup. Over on the workstation and professional user groups, NVIDIA's recently launched Quadro family of products based on the Fermi architecture will be replacing the entire Quadro stack by the end of the year for even greater graphics rendering horsepower. And for the DIY hardware enthusiasts, you might even get lucky to lay your hands on Intel's next generation processors codenamed Sandy Bridge.

We saw a select few Sandy Bridge based motherboards from Gigabyte using the Intel P67 and H67 chipsets using a new LGA1155 socket for these processors when we reported the latest Sandy Bridge architecture updates. However Biostar has been a rather eager beaver to release perhaps the first set of high resolution photos of their next generation motherboards, which sort of confirms that Sandy Bridge platform details have mostly been finalized and it's just a matter of inventory build-up and further QA-testing before the ecosystem goes gold. Here's a close-up of them:- 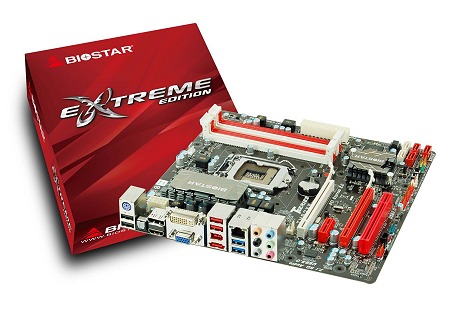 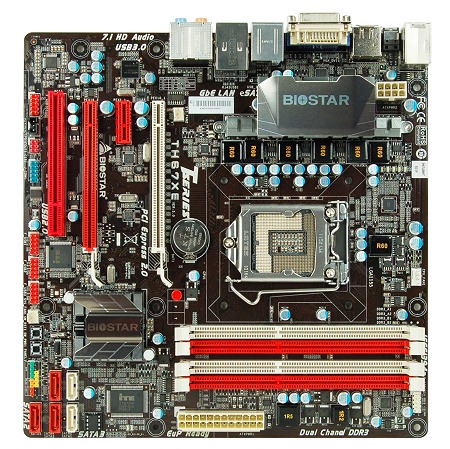 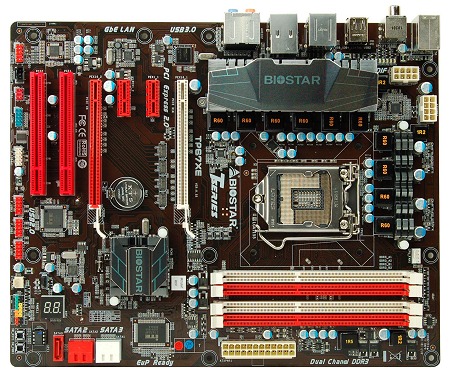 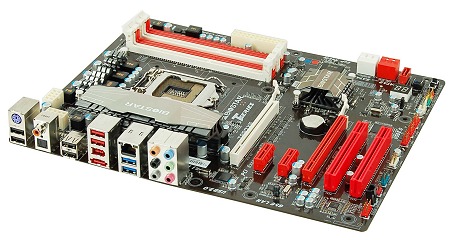 The boards are pretty much mainstream variants, but yet they have enough features to satisfy the bulk of the DIY crowd. We'll know the nitty gritty details when we do get one in for review, which might take place in the month of December. However, what's disturbing is the missing native USB 3.0 implementation. With a whole new CPU and chipset revision, you would think that Intel finally got down to integrating USB 3.0 natively. Upon close scrutiny of these two new Biostar boards, there's clear evidence that USB 2.0 is still the dominant interface while USB 3.0 is a slapped-on solution from NEC's controller.

With Intel happily toying with demos and implementations of Light Peak at the recent Intel Developers Conference, it wouldn't be a far stretch to assume Intel is perhaps eager to make the next leap with an even speedier interface and thus sidelining USB 3.0 support. Light Peak, a next generation connectivity based on optical technology that can scale up to 100Gbps, isn't anytime ready yet, but it could possibly be a viable option late next year. Given the fact that USB 3.0 has barely taken off and that it would take time for people to make the switch, Light Peak may have a chance to usurp USB 3.0 in the very long run. The more thorny part is that unlike USB 3.0, Light Peak has no backward compatibility. Perhaps USB 3.0 will play a transition role in 2011 as it stays compatible with older devices and yet provide more speed for new devices. Ultimately, 2012 will likely be a better time frame to figure out where Light Peak and USB 3.0 stand. USB's omnipresent nature makes it an interface that will linger on as long as the PS/2 port has been around. However Light Peak would probably creep in as the choice for extremely high speed devices, far higher than what USB 3.0 can provide. With these new interfaces, there could yet be a shift in computing trends and capabilities on the horizon - particularly in the field of networking where Light Peak could lend its hand.

Over on the AMD camp, we've heard that they might possibly have native USB 3.0 implementation in their next generation of chipset products for the Fusion processor. This could play to their advantage of a simpler board design, lower cost and higher integration. While this is not confirmed yet, we'll get a good idea in the coming weeks ahead at the AMD Tech Summit in Taiwan for a variety of updates, and hopefully hear of more Christmas presents under the tree.