This is the Posture of Our Age

As the boat pushed out of Changi jetty to Pulau Ubin, the seaspray kicked up and we bounced up and down on the wakes of sister ferries. It felt good to be out on the sea, looking out at a wider horizon than the city’s. The salty wind on my face, I glanced back at my fellow passengers, and saw half of them looking down at their phones.

What, I wondered, could be more important than drinking in this moment?

It’s a question, I suspect, that doesn’t get asked enough. All you need for proof is to ride public transport for a day, and see the masses of people in the all-too-familiar posture of head down, hands at ninety-degrees, eyes locked onto a bright blue screen, often with burrowed earphones. Deference to the smartphone has become the posture of our age. 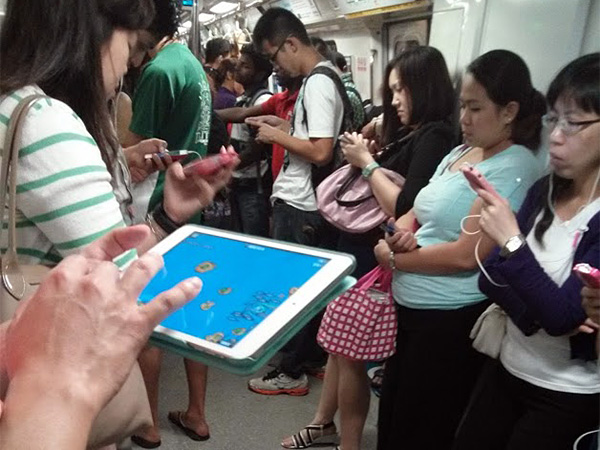 Losing awareness of the moment can have larger consequences than being in the now. In September of the last year, a gunman pulled out a pistol on a San Francisco train. He raised it, pointed it, put it down, and pulled it out multiple times, before shooting dead a 20-year old random stranger. Security footage showed that even though his fellow passengers were in close proximity, none of them noticed the gunman and his weapon, as they were all engrossed on their phones.

It sounds like a stretch to go from being present to being shot, but it would have sounded like a stretch not too long ago if you said that one day, people would be walking with their eyes glued on a little screen they hold in front of them, preferring to be oblivious to their surroundings instead of looking where they were going, or sitting on a boat at sea on a beautiful day, and choosing to marvel at a screen of pixels instead of the world unfolding itself at their feet.