Microsoft is laying off journalists and replacing them with AI
Blogs

In the Palm of HTC's Hands

And thus, the official news is out from Bloomberg - Palm is now seeking bids for its company, valued at US$870.8 million. Over the weekend and just a while back, both Engadget and Gizmodo have given their views on the possible acquisition by Taiwanese company, HTC. We can simply rehash what everyone's saying about how HTC should buy Palm to gather the ammo in its fight against Apple's patent lawsuit, but let's look at something more sentimental. 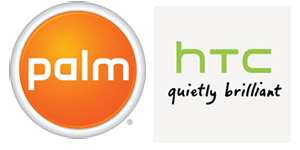 My very first personal digital assistant (PDA) was a Palm. Back then, having a PDA was a status of sorts for the geek crowd. People look at you differently, you felt special just for the fact that you have something that was highly sought after. Moving back to 2010, and returning to reality, Palm has lost that exclusivity. HTC, on the other hand, has come out strong, and its recent rebranding campaign sets the stage to further conquer the mobile market share.

Palm has a special place in my (geek) heart. When its webOS was announced and showcased, fellow mobile enthusiasts like myself were excited once more for the potential it holds. Alas, the lack of a strong marketing strategy, and a presence dwarfed by the likes of the major players in the market relegated Palm back to its benchwarmer position. As it stands, Palm would do well to ally itself with a company such as HTC that is able to bring its webOS back to the forefront. Think of the potential of marrying HTC's Sense UI with Palm's webOS.

For now, the grapevine has it that HTC isn't the only bidding party, with Lenovo being reported as a potential buyer too. But deep down, I do wish HTC will acquire Palm, for the simple nostalgic reason that what was once a great partnership between HTC (being the OEM) and Palm, could bear fruit to something even better with this acquisition.