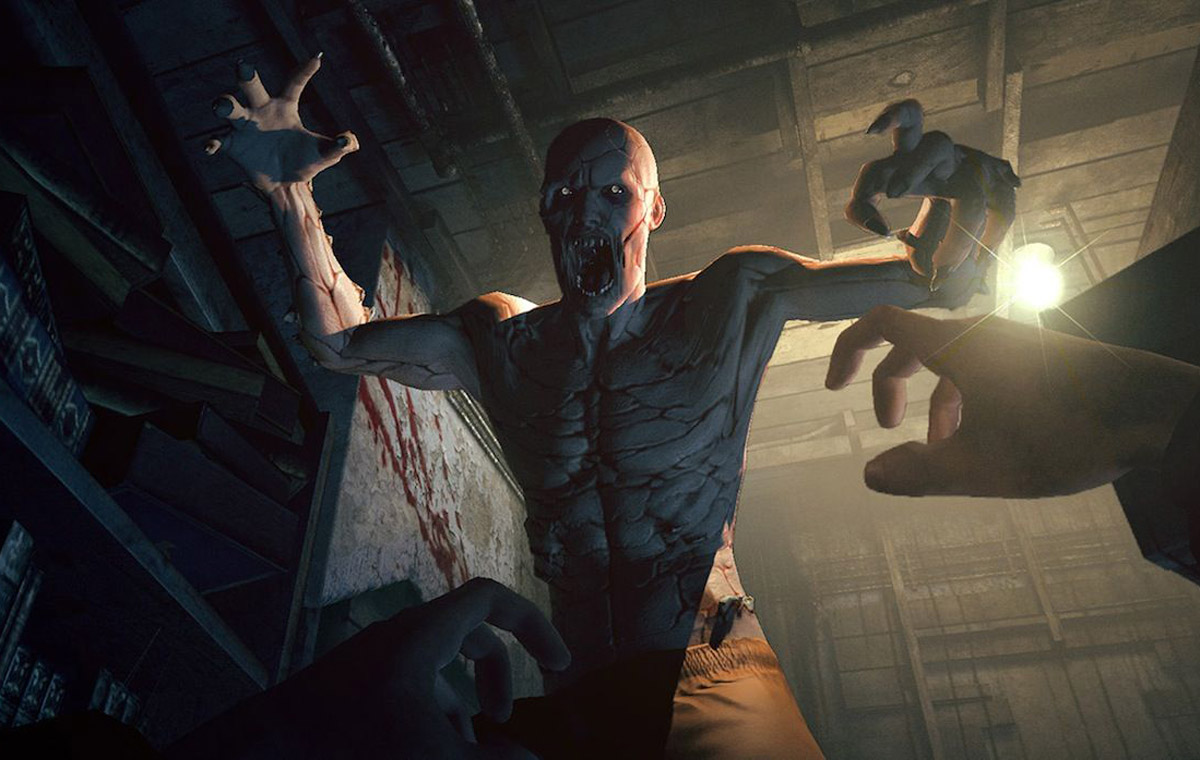 Horror is not the most popular genre in mainstream gaming. Sure, you have the occasional Resident Evil and Slenderman-sized hits, but these games rarely reach the heights of popularity that other franchises like Call of Duty and GTA constantly enjoy. The reason behind this is obvious - some of us just don’t like being spooked. It’s one thing to binge Midnight Mass with the curtains drawn, and another thing to live in these eerie, enigmatic worlds and fight for survival ourselves. Videogames are the closest we can get to experiencing that, which means they have the greatest potential to scare us to pieces.

But not all horror-survival games are made equal. Some are scarier than others, even if they’re not necessarily higher in quality. The masterpiece that is Resident Evil 4 for example, might have elements of horror and still fail to trip you up nearly as much as Outlast 2’s endless supply of jumpscares. What exactly makes a good horror game scary, then? 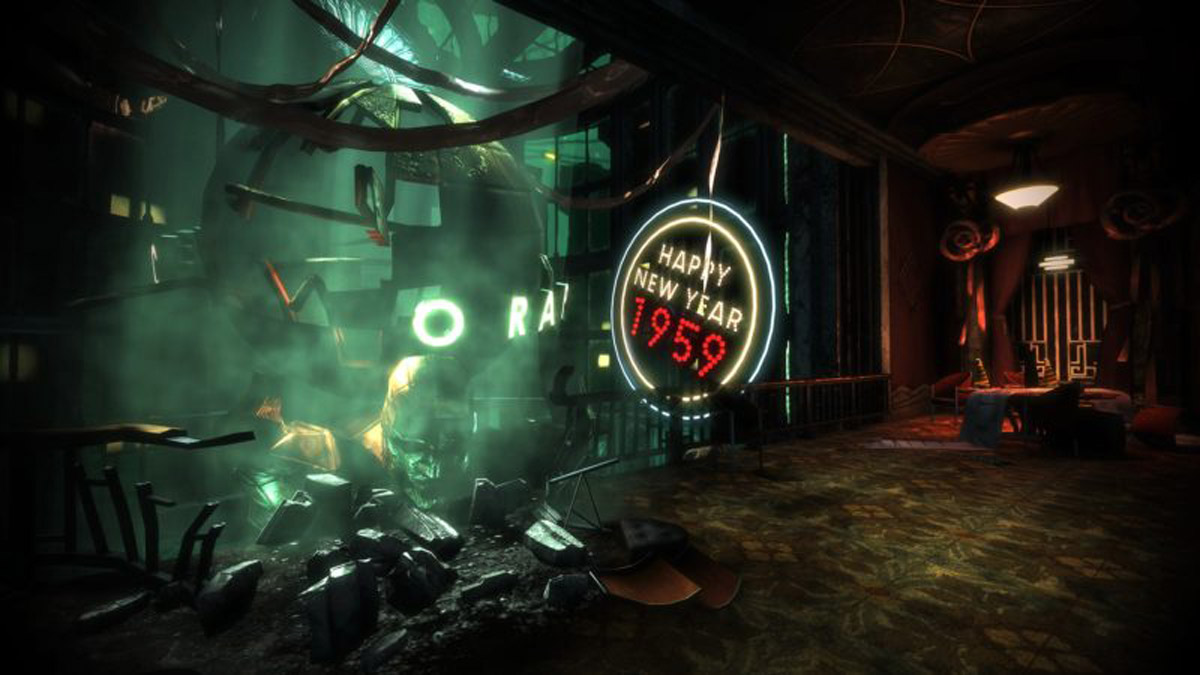 At the core of any good horror story lies an unearthly mystery that’s slow to unravel. Games of this genre place you in strange and unfamiliar worlds, where neither you nor the main character have the firmest grip on reality. The mysteries of your surroundings often drive the journey, as you explore strange new environments with seemingly infinite horrors lurking behind every corner. Your only motivation? Figure out exactly what’s going on.

Take Tango Gameworks’ The Evil Within for example, directed by Resident Evil vet Shinji Mikami. In its early hours, you'd be forgiven for dismissing it as a by-the-numbers bundle of spooky Hollywood cliches - up until the world begins to physically fold in on you like origami, and zombies become the least of your problems. What exactly is real in this world, and who can be trusted? As the game's protagonist Sebastian Castellanos grapples with his new reality, we find newspaper clippings and old journals depicting a life he doesn’t seem to remember. What does it all mean?

Horror games tend to bathe you in the unfamiliar, as players flit from one strange place to another only to find even stranger people within them. In Bioshock, you enter a labyrinthian underwater city known as Rapture - once a glorious beacon of human ingenuity, now a desiccated corpse of rusting metal and cannibalistic vermin. Who built this place? What drove these people insane? What are the subterranean ‘Big Daddies’, and why do they seem so protective of their ‘Little Sisters’? When a ghostly finger beckons towards you in a very dark place, you have little choice but to follow its call.

Sometimes, the mystery of a horror game is wrapped around its protagonist. Sometimes, it’s more to do with the place they’ve found themselves in. In desperate situations, you need a hook to keep you going and sometimes, the only way out of a frightening place is to go deeper still. Not every good story needs a good villain, but conflict is everything in a horror game. This isn’t unique to games, of course - there’s a reason horror icons like Jason Voorhees, Michael Myers and Freddy Krueger have haunted moviegoers for decades. Some games can’t be separated from their villains, no matter how hard they may try. Pyramid Head remains synonymous with the Silent Hill franchise 20 years after its debut in Silent Hill 2, but is so deeply tied into that game’s narrative that bringing it back for later sequels would only ever feel cheap.

Sometimes, a good horror game needs a monster at the end of a dark corridor. Take Resident Evil 2’s Mr. X. The Tyrant was a regular Frankenstein’s Monster, mutated with freakish strength and constantly hounding the player’s every move as they navigated the bowels of the Raccoon City Police Department. Resident Evil 2 taught you to live in constant fear of the next turned corridor, or the next unlocked door. If a zombie was not hiding behind it, you could find vicious undead dogs or skinless Lickers. But those telltale heavy footfalls that grow louder by the second can only belong to one creature: Mr. X. The Tyrant was a key factor in Resident Evil 2’s greatness - a constant presence in Leon or Claire’s struggle for survival who kept players off balance and taught them that nowhere is safe. That is, until you find a typewriter and some Ink Ribbon.

Mr. X is not unique, of course. Stalker-type enemies are all the rage in horror games, one of the most memorable recent examples of which is Alien: Isolation’s Xenomorph. Much like Mr. X, the Xenomorph can’t be stopped, but it can be avoided in incredibly tense encounters using the utmost stealth. You also have other horror games with incredibly memorable creature designs, like Dead Space and its Necromorphs. It doesn’t matter if Isaac Clarke felt like he could blow a hole through the moon with his upgraded arsenal. Fighting creatures with bones jutting from their arms and dealing with exploding babies was never something to look forward to.

And while we’re talking about what good creature design brings to horror, I just want to throw Bloodborne in there for good measure. ‘Nuff said. Horror thrives on the element of surprise, and this can take many forms in a videogame. Sometimes it’s as simple as a jumpscare, which the Outlast series excels at. Outlast 2 in particular, knows when to forgo the frequent scares for slow-burn horror. Just when you’re getting comfortable - bam! A barrel falls over. It doesn’t matter that you were never in any danger in that scenario. A barrel isn’t scary on its own. What’s scary is that you didn’t see it coming.

I don’t like jumpscares personally, so let’s talk about my favourite example of a recent game subverting expectations: Resident Evil Village. Anyone who’s played Capcom’s latest survival-horror game will fondly remember House Beneviento, a creepy gothic house located in the snowy outskirts beyond the village. While the rest of the game introduces monstrous horrors for Ethan to beat back with bullets and bombs, the second you enter House Beneviento, everything changes. You awaken in a small room occupied only by shelves and a strange mannequin, stripped of all your weapons and gear. All of a sudden, you feel naked and vulnerable in a lifeless place. I don’t want to spoil the rest of that particular segment, but rest assured that things only get worse from there.

Many compare Village’s House Beneviento segment to Hideo Kojima’s ill-fated Silent Hill demo P.T., but that seems like an unfair comparison. P.T. exists on its own, and the second you enter that unending corridor you know what you’re in for. House Beneviento represents a sharp heel-turn in gameplay that no one could have seen coming in the eighth entry of an established series - especially when it comes after so many hours spent fending off werewolves and vampires. Repetitive jumpscares are an overcorrection in subverting expectations, because as soon as something begins to feel familiar, it feels safe.

Which brings us to what is arguably the most important thing any horror game can do. Horror games don’t need to be filled to the brim with scares and terror. A never-ending gauntlet of tension could just numb players to its thrills, which is why exercising restraint is so important. One way of doing this is by allowing players to take a break from all the chaos, giving them a moment to breathe and plan for the worst. The Resident Evil games are the best example of this, providing safe rooms at key locations where enemies cannot enter, and players can finally save their game. Of course, these safe rooms are usually reached by crossing a corridor’s worth of Lickers - but that’s a worthwhile price to pay for a moment of peace.

Resident Evil 4 arguably takes the opposite approach. By throwing multiple zombies at the player ceaselessly and giving them better weaponry all the time, it quickly stops feeling like a horror game at all. Resident Evil 4 is a fantastic action game - but not a very scary one considering it's filled with the undead. However, the game does feature one of my favourite-ever moments in horror gaming - when Leon S. Kennedy meets the Regeneradors in a cryogenic lab facility and realises he’s ill-equipped to deal with them. When the game takes its foot off the pedal for this one moment, and pits you against a single Regenerador surrounded by the corpses of cruel lab experiments - it suddenly turns nightmarish.

The Last of Us Part 2 is another horror-survival game with a similar moment of brilliance. Abby Anderson enters the basement of a WLF-controlled hospital after the player is repeatedly told that it was Ground Zero of Seattle’s outbreak. The undead have been left there untouched for years, which is troubling considering that the Cordyceps infection tends to mutate over time. When you first enter the basement as Abby, the game throws no enemies at you. You are free to explore without threat of attack. That is, until you turn the power on and locked doors swing open, and Abby tracks a long trail of viscera and blood to discover the monster she has unwittingly set free.

A reprieve from the scares can only strengthen them in the end, and a good horror game knows when to give players that precious second of rest. 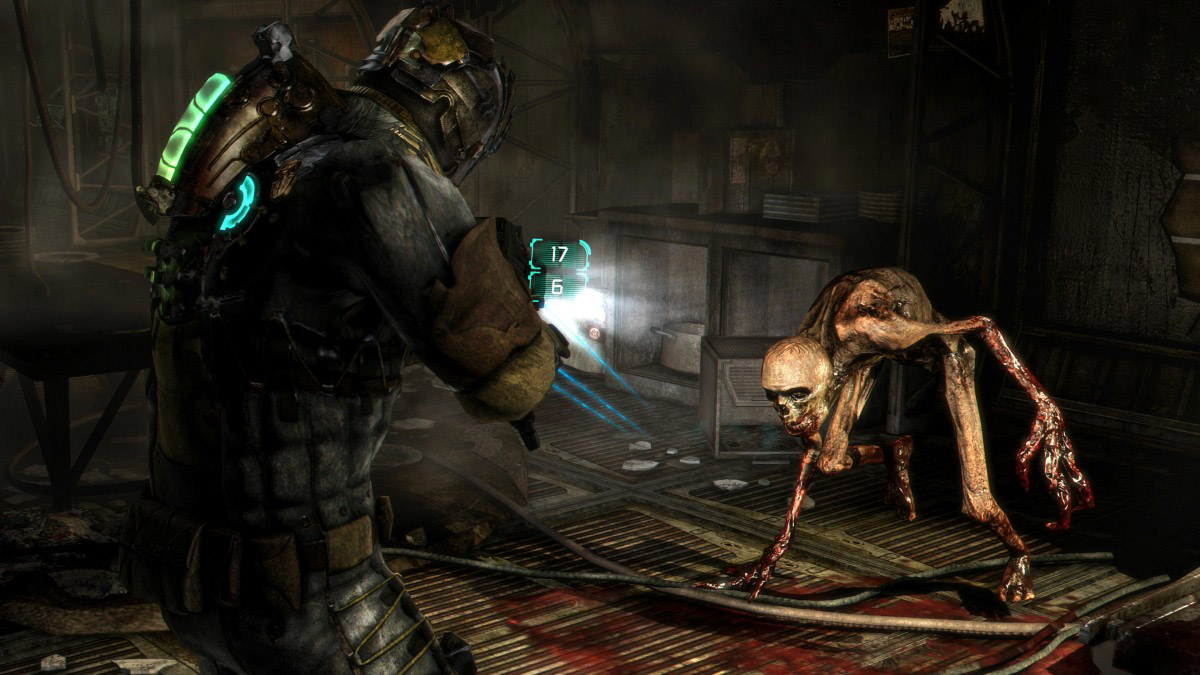 Horror is an especially subjective genre. What scares me might not scare you, and vice versa. Still, these are the key elements I personally look for in a good horror videogame: an intriguing mystery, a spooky antagonist, lots of fun surprises and a few scattered moments of reprieve. You can also look at this as a handy list of games to check out this Halloween. It’s the season of witches, after all. There is no better time to scare yourself silly.

Tim loves comicbooks, videogames, movies and TV shows. He feels most cozy when he's just sitting down with a book and some hot chocolate. Don't we all?