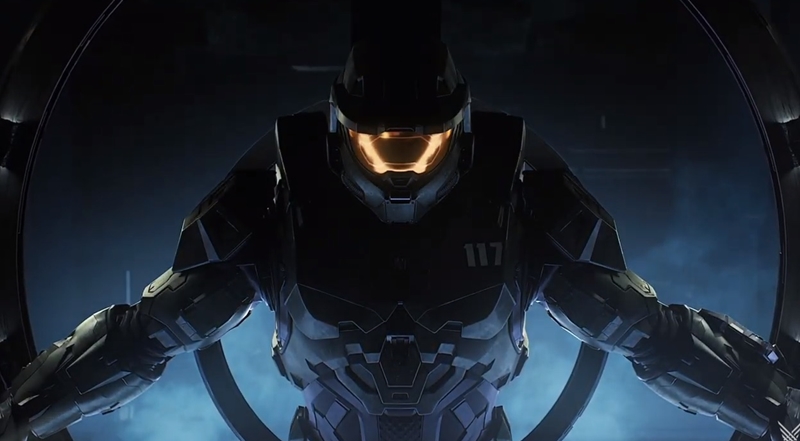 Houston, we have a problem; Master Chief doesn't look as awesome as we expected him to be.
But before you say anything, it's not just us - many fans weren't too impressed with Halo Infinite's visuals as well when Microsoft showed off some of the campaign gameplay last Thursday.
Primarily, the disappointment stems from the comparison between both next-gen consoles: it's not that the game doesn't look good in its own right, but most of the community feels that Infinite's aesthetic package simply pales in comparison to games that Sony showed off for the PlayStation 5 back in June. Accordingly, they've made their displeasure known to the developers, and the team has responded with a rather textbook, if borderline exasperated answer.
"Listen, we're in the middle of a global pandemic. It's July, we're far from [launch in] holiday, you're seeing a work-in-progress game," General Manager of Xbox Marketing Aaron Greenberg told Inside Gaming in an interview held several days ago (cheers, guys).
Basically, the point is a simple one, and it's summed up pretty well by this meme. 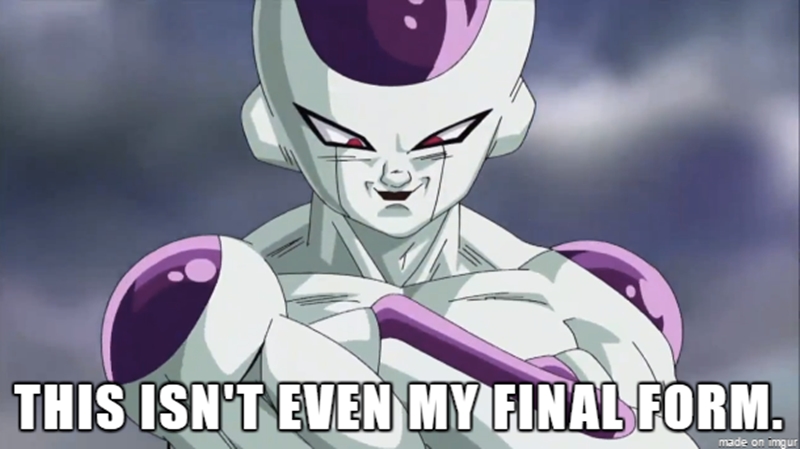 Yup, Halo Infinite is still being worked on, and as such the graphics Microsoft showed off last week are nothing but a snippet of what the end-product is going to look like. Or so we're told. Still, this leaves two questions to be answered, and we'll address them as we go along: one, what were the fans expecting to see from the folks at 343 Industries, and two, what does setting such a "bar" mean for the larger context of Series X launch titles? 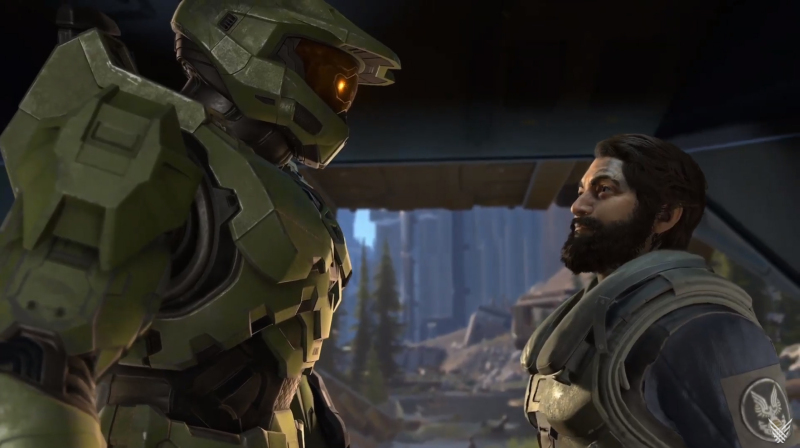 There's no argument: Halo is as iconic to Xbox gaming as that mouse-wearing-pants is to Disney. As such, fans are naturally going to have lofty expectations for the next instalment of the franchise, especially considering it's a Series X launch exclusive, but is it justified to have such high standards for a game that hasn't even gone gold?
Perhaps not, and this might just be a classic case of the community counting their chickens before they've hatched. But on the other hand, if 343 Industries knew that people were expecting something that was much better, why would they even go ahead and showcase Infinite now, rather than at a later date when everything is supposedly dolled up? They did say we were still far away from the Series X's launch, too.
Regardless, 343 chose to take a leap of faith, and it didn't really work out as well as they'd hoped. Maybe they just wanted to return the one-two punch Sony threw over in June, which is why they pumped in as much hype for Halo Infinite as they could. It certainly makes sense to put the biggest gun you have out front as a show of force, so to speak, and they definitely had people talking about it all the way up till the actual showcase. 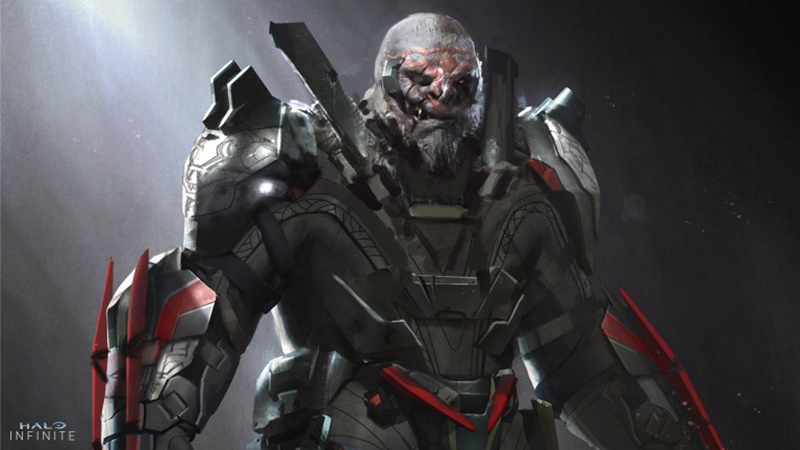 But that's not the main issue here; it's what the fans were expecting to see that's the real question. Putting aside all the surface-level talk, the community was probably expecting something with significantly more impact and presence, which befits the battle-hardened Master Chief. It is somewhat justified if you really think about it - a console exclusive would naturally be expected to make full use of the console's power, and in terms of specifications, the Series X clearly outmatches the PS5 on paper. However, as it stands, the Halo Infinite snippet kind of feels a little lacking in both these departments, with many people criticising the game's general lack of "oomph", at least in its current iteration.
Despite the comparatively lackluster impression with regard to visuals, 343 at least made good on the promise that the Spartan warrior will be going up against the Banished, as the Brute we saw towards the tail end of the gameplay demonstration tells us. Interestingly, the previously unnamed dude is being affectionately called "Craig", and people are even asking the developers to give him a bigger role in the game. Accordingly, 343 Industries, being the great sports that they are have climbed aboard with the gag as well, so it seems like the whole situation has still ended off pretty swell for everyone. 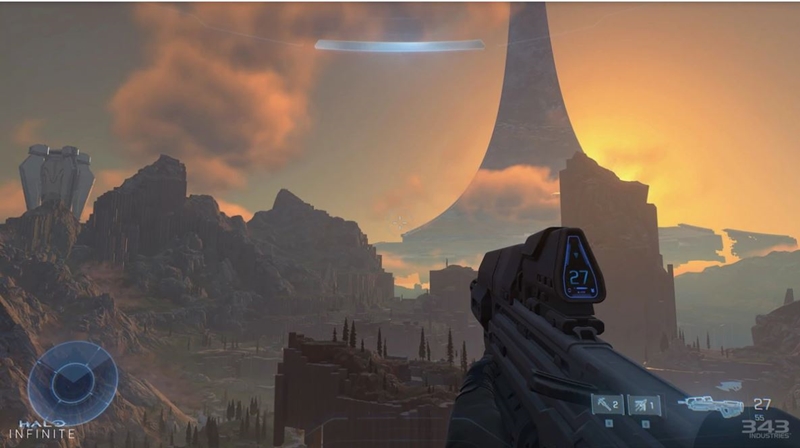 Nevertheless, the second question still remains: what might the "benchmark" set by Infinite say about the other console exclusives, especially those launch titles that we have yet to see? Don't get us wrong; some, if not all of the games revealed last week look great in general, but Infinite was the cover boy of this event, and for it to hit well under par, at least visually, is somewhat concerning.
After all, as we've said earlier, console exclusives are fully expected to harness the console's capabilities to the maximum, and if the "featured game" can't do that, it's going to leave a rather disappointing taste in everyone's mouth. This brings yet another point to the surface: even if the current iteration of Halo Infinite is still work-in-progress footage, how big will (or can) the difference be as compared to the final product? To be fair, it's hard to describe in words exactly what you'd want a game to look like, but some people have compared the current visuals to a theoretical remaster of Combat Evolved, which is to say the bar isn't set very high, and one can only wonder if the same will be said of some of the other unannounced launch titles. Will they be as "meh" as the current Infinite, and force Microsoft chalk it up to "work-in-progress footage" again?
Hopefully not, and Microsoft does have a small saving grace in this regard, although it comes in a rather roundabout way. To be specific, it lies in the fact that people know Infinite was meant to work with both the Xbox One and the Xbox Series X at launch, and support to optimise the game for the latter would be contained in a post-launch update. Granted, backwards compatibility is one of the Series X's biggest promises, but this information is of note because it opens up the possibility that any first-party launch titles that work exclusively with the Series X will at least look better than the current Infinite, since the developers wouldn't have to tailor it to work for the Xbox One at all.

Amping up the tempo 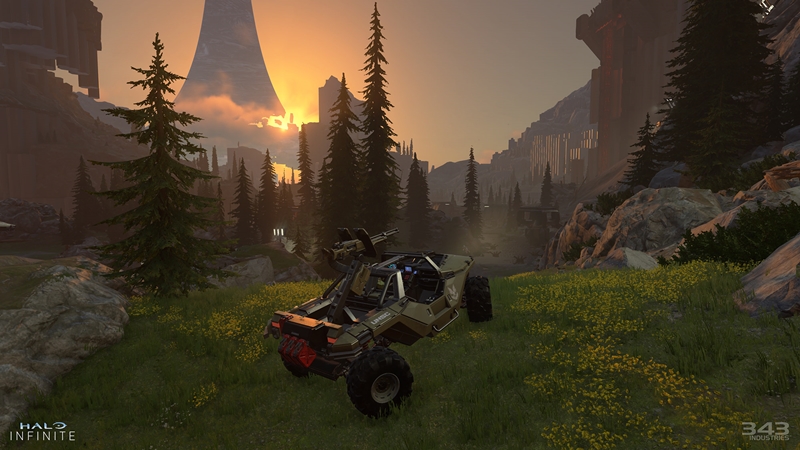 Admittedly, it all sounds a little far-fetched, and we'd love to think we are digging a little too deep into it. Having the end-product Infinite effortlessly blowing our socks off when it does arrive is something we'd really want to see - it has been touted as the "next ten years of Halo" anyway. Plus, we think that there is some consolation in the fact that this is merely the first wave of Xbox Series X reveals.
Still, Microsoft can't expect another "Craig" to save the day again if they "underdeliver" during the next showcase, or God forbid, in the final release. Hopefully it doesn't come to pass, of course, but we'd like to think Microsoft will be more selective of what games (and footage) they choose to headline their subsequent showcases, so as to maintain an even tempo with the PS5.
After all, the community has high hopes for Halo Infinite and the other reveals for the Xbox Series X, and hitting lower notes in the months leading up to the console's launch would certainly set Microsoft far behind Sony in terms of appeal.

Kenneth is your dedicated jack-of-all-trades gamer, writer and otaku, who would be insanely rich if puns were an actual currency. When he's not working, he likes exploring the Borderlands and his love-hate relationship with the Fate/Grand Order gacha.