One Box To Rule Them All? 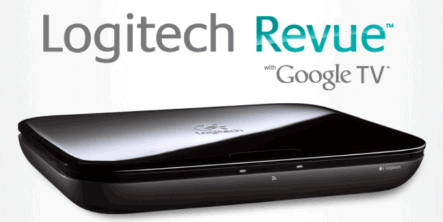 It's no secret. Television makers have married the Internet and your beloved HDTV. With that union, you may now access the web to check out your favourite online videos, or track current events and news from the comfort of your living room and the pleasure of a big wide screen. Think of Samsung, Sony, and maybe the likes of LG with such feathers in their hats.

Now, enter the search giant. Just a month ago, and with some help from influential chums such as Sony, Intel and Logitech, Google managed to transform a similar dream into something more - Google TV. Built on Android 2.1, consumers can similarly expect to find a Chrome browser and Flash 10.1 player on top of it. Without a doubt, the Google clan have touted the new AV platform as the next generation solution for living rooms of today. The STB is supposed to run Android applications, and you can even transform an Android phone (and perhaps the iPhone) into a nifty remote stick with the right remote controller app. Naturally, Google has since released its SDK and web APIs for developers to spawn more applications for the Android Market.

Just days ago, Logitech unveiled its Google TV's box known as Revue. Although the device has gone official, details such as price and availability are still sketchy. What we do know, however, is that Logitech has plans for a "fall release" (meaning later this year) and it isn't just another Harmony Box or Squeezebox TV as stated on their blog. Well, I can only hope that's true. What about its interesting choice of a name? "The meaning of Revue is a type of multi-act theatrical entertainment that combined music, dance and sketches – wildly popular between 1910 and 1930. Logitech Revue is a companion box and controller that brings the experience of Google TV to your TV screen. It combines everything on the Web, cable or satellite content, apps, video calling and more that will be wildly popular between 2010 and 2030, until we reinvent interaction again", explains Mr Ashish Arora, Vice President and General Manager for Logtiech's Digital Home Group.

The Revue won't feature any internal storage but it should be bundled with a remote control which combines the functionalities of a keyboard and touchpad as well. Of course, us folks here in Asia won't be witnessing this phenomena anytime soon, although I can't help but wonder if Google's proposal will honestly take off in the States with great fanfare. That said, perhaps Logitech might want to consider changing its name to "Revenue" if, and only if,  their Atom-based hardware happens to ring in the cash cows for themselves and the omnipresent Google. Anyway, if you're still wondering what the whole Google TV fuss is all about, take a quick tour of the video below.