Freedom of speech is one of the most cherished human rights. Everyone rushes forth to its defense and readily wants to uphold it … as long as everyone else is saying the same thing. Differing opinions generally throw a spanner in the works when it comes to the implementation of this freedom.

The internet has always been grounds where the application and the limits of freedom of speech have been tested. The anonymity provided by the web allows people to speak their mind freely and the large masses plugged in means that content can have a discernible effect. But is the internet completely free? 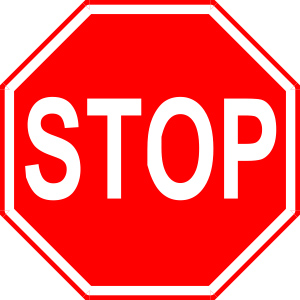 Obviously governments have checks and balances in place to keep the darker elements of humanity under wraps. Only the most hardcore extremist would take a stand against this form of patrolling in the name of freedom of speech. But the extent and degree of this overall patrolling can encroach and restrict net neutrality. For example, multiple torrent and streaming sites are officially banned and cannot be accessed. The government claims these actions have been undertaken in the name of upholding copyright laws. Although it is not hard to figure out that the sites and services are probably being denied at the behest of large corporations who own the intellectual property. Perhaps the way forward is to re-examine the rules rather than cracking down on those that infringe.

User ingenuity also means that there are several easy ways around the blockade, one of which is the Mafiaa Fire add-on for the popular Firefox browser. Blocked websites are usually up and running in a matter of hours with a different name and this add-on redirects you to the new sites even if you type out the seized URL. Seeing that the application helps users side-step government action, Mozilla was requested to take down Mafiaa Fire from their roster by the US Department of Homeland Security. However, without any court ruling on the matter Mozilla refused the request and has stood behind its stance flying the banner for net neutrality.

Issues of illegal downloading, torrents and unlawful streaming of content is at the heart of the issue of net neutrality. The internet offers users not only the chance to address the market failure and imbalance for the concerned products, but also take steps to rectify it. These steps may not always be the best for the businesses’ bottom line who then clamor to protect their interests with retaliatory responses.

The purpose of this piece, putting aside the issues about the morality and legality of piracy, is to draw attention to the fact that if content is being pirated, corporations need to address the broken business and pricing model that underlies the situation rather than take over the internet. Passing legislation and boxing up the internet does not solve anything. The web is has become the defining, integral service it is simply because no one person can claim ownership over it. The myriad of voices, information and content found online is what drives it. Corporations must understand that net neutrality must remain intact.

Good tech has good specs, great tech has personality. Keeping that in mind, Hurrairah expects character and performance from any gadget he spends his hard earned cash on. As a guitar player and 'struggling' musician, he has an appreciation for natural sound is tasked with reviewing speaker systems.