Netflix’s Bandersnatch is a delightful loop of dystopian futility 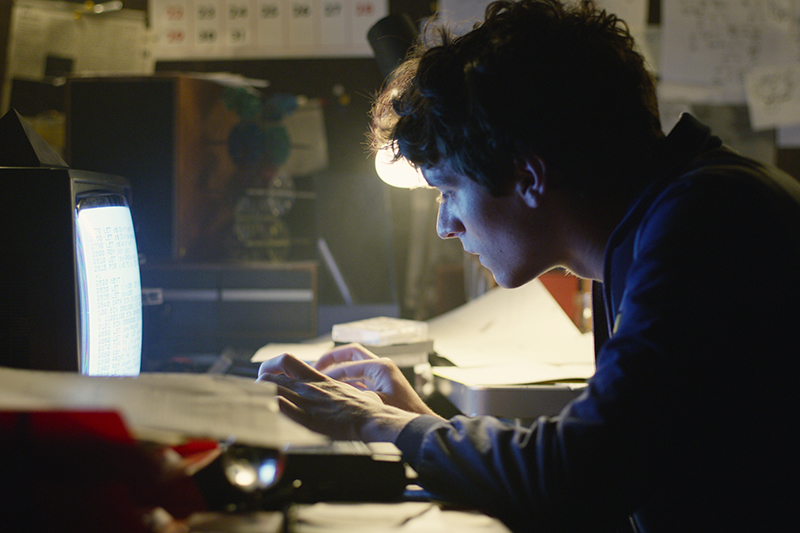 Netflix’s Bandersnatch is ostensibly a movie, but it plays out just like a video game. With interactive prompts and multiple endings, Bandersnatch is a choose-your-own-adventure film with plenty of Easter eggs and secrets.

But as with any video game with many possible endings, viewers are always on a hunt for all the possibilities, and the best ending, if one even exists. And that's the biggest question in Bandersnatch. Does it have a good ending? I've only played through the movie once, but even the legions of Reddit detectives have yet to find one, and it seems like the hapless Stefan is either doomed to die, murder his father, or at the very least, release a shitty game.

Set in 1984, Bandersnatch follows 19-year-old Stefan Butler as he tries to create a game by the same name. It's based on a similarly titled book, whose author felt that he was bound to kill his wife, no matter what he did. Still, Stefan's game is supposedly all about giving the player choices, a mechanic that plays out as you watch (or play) the movie as well. What should Stefan have for breakfast? What music should he listen to? Bandersnatch presents you with mundane choices like that and much, much more (including hilarious options like whether to karate chop Stefan's father or kick him in the balls).

But just as the original author of Bandersnatch felt that his fate was already predetermined, Stefan eventually becomes convinced that his destiny is also being decided by an unknown power. At one point, Stefan demands to know who is controlling him, which leads to one of my favorite moments in the film. Depending on the choices you've made so far, you could be given the option to tell Stefan that it's Netflix who's in charge or simply show him the White Bear logo, which comprises two branching paths symbolizing two different choices.

Of course, I just had to pick the Netflix option, at which point Stefan will see a message explaining that you're watching him on Netflix. If you deign to provide further explanation, Stefan will be told that Netflix is a streaming service from the early 21st century, which nearly drives him crazy and leads to a visit to his shrink. 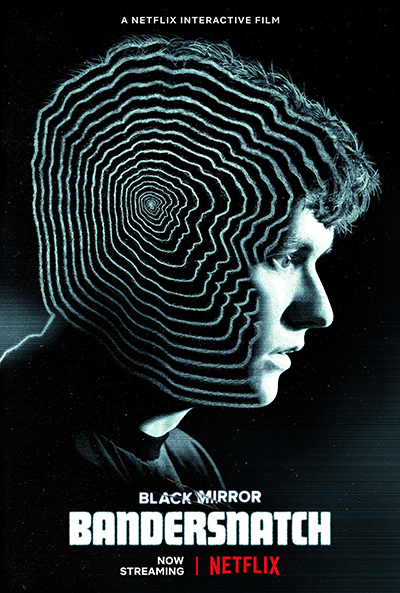 This is where Bandersnatch feels really brilliant though. While the film leads you to believe you're in charge, you start to seriously doubt that after you've run through multiple bad endings. You may even get repeated endings, which can start to feel like you're stuck in a loop, no matter what you choose. This is especially apparent when you're invited to go back to a specific moment in time to make a different choice, but still end up with the same outcome. More tellingly, some of the options are really non-choices that mean the same thing and cause the same thing to happen.

So when you get the ending where Stefan ends up releasing a stellar game that garners a 5-star review, you absolutely understand what he means when he reveals that the key was giving the player the illusion of choice, while actually stripping away their free will. In the same way, Stefan almost nearly always ends up killing his father, an outcome that happens anyway despite varying motivations.

Perhaps the most poignant part of the film is what I'd consider the "best" ending. Here, Stefan dies, but in doing so he escapes the endless maze of bad outcomes. By choosing to go back to when he was a child and follow his mother on the train that eventually derails and kills her, Stefan ensures that his future never happens and he passes away peacefully in his therapist's office. After multiple loops, it honestly felt like a release, both for Stefan and me.

Having said that, there are still multiple pathways that I didn't get to experience and I'll be returning to Bandersnatch to explore things anew. At its heart though, the despair and futility that runs through Bandersnatch marks it as a Black Mirror episode without any doubt. Think you're in control of Stefan? No, you're really not, and free will is a complete lie. Now go kill his father. Again.