Everything new from Apple's WWDC 2020
Blogs

My experience escaping an escape room 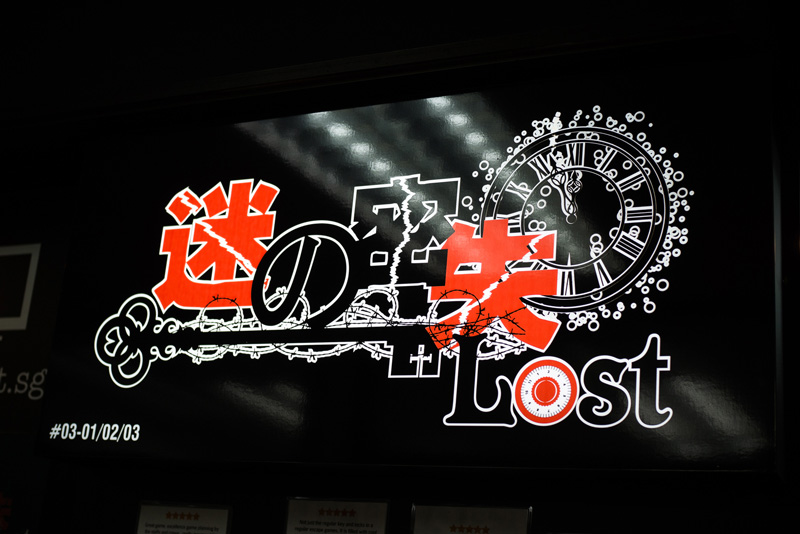 Escape rooms have steadily been gaining popularity over the years. One of the first rooms ever opened was in Japan, by a company called SCRAP. SCRAP is still around today, creating escape room games in Japan and other parts of the world. Now, in case some of you guys are wondering, an escape room is a series of themed rooms, in which you and your teammates have an hour to work together to solve the puzzles contained in them to 'escape'.

Now, while I've never played a real-life escape room game before, I'm not totally unfamiliar with the premise. I've read about them occasionally online, pegged them as something I might want to try some day. Besides, having played The Room and other games of its ilk made me think I've already experienced pretty much all there is to expect out of the escape room.

How wrong I was. 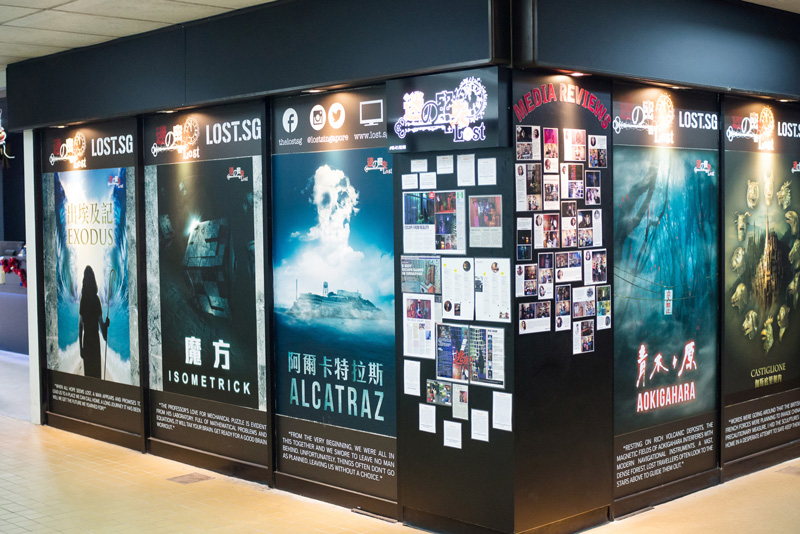 Lost SG has a variety of different escape rooms to try out; Aokigahara , Alcatraz, Castiglione, Exodus and Isometrick. As you can probably guess, each of the rooms are themed.

Aokigahara is based off the infamous and supposedly haunted forest in Japan, where people go to commit suicide. Alcatraz is based off Alcatraz Prison, also known as The Rock, the US's first Supermax prison. Castiglione has you in a hidden castle, trying to find hidden zodiac statues. Finally, Exodus is loosely based off the Ten Commandments, specifically the journey of Moses. 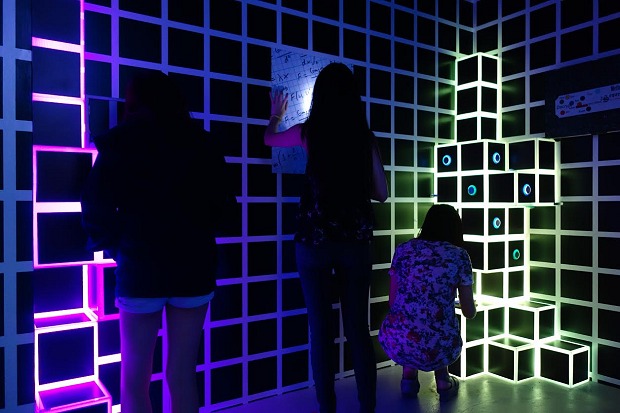 The rooms are each given a difficulty rating, from hardest to the easiest. Of the lot, the easiest (as rated by Lost SG) are Exodus and Isometrick. Appropriately, my first experience with the game was with Exodus.

Before the start of the game, there's a short introductory video, detailing basic elements of the room you'll be entering. In my particular case, it was a bit of a history lesson, as it talked about Moses. Once that was over, I (and my other teammates) were individually searched to make sure we weren't bringing anything forbidden inside. It goes without saying that pretty much nearly everything is forbidden. You can't bring in your smart devices, writing instruments and a whole host of other things. Lost SG's staff will diligently search you for any contraband. I entered only with my wallet, nothing else. While it sounds overkill for a game room, I actually think it's for the best that Lost SG goes through all the trouble to weed out forbidden items. Imagine if everybody brought their phones inside. We'd all have be on social media or messaging other people instead of concentrating the task at hand. So the key takeaway here is to get everyone to mingle and solve the challenges put forth in the escape rooms to have a fruitful session. 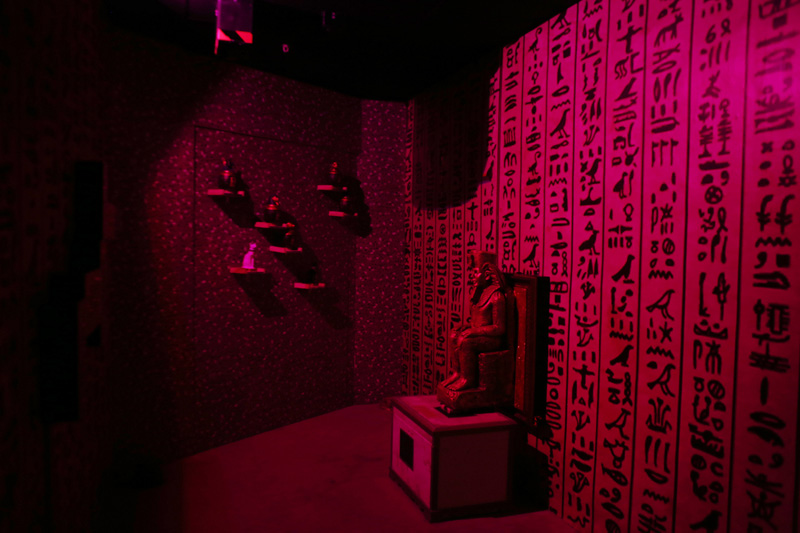 After the security search, the whole lot of us was led into the game room. It was dark and cramped, kind of like a tomb. It looked the part too, with hieroglyphics wallpaper adorning the walls and Egyptian themed stuff littered around the area. Once in the room, our host conveyed the basic rules and we were then set loose to try to escape the Exodus escape room.

I'm not going to spoil the fun by spilling any more details of the room or the puzzles but in the end, my team utterly failed to complete the room. We were stuck in the second room (Exodus has multiple rooms, so it's best to hurry) when the timer ran out. The team was stumped on a particularly tough harp puzzle that ate into our game time, which eventually meant we didn't get to finish. Despite that, the entire experience was an overwhelmingly positive one.

I had honestly expected the whole thing to be just a cheaply made series of rooms, with simple puzzles. While the initial puzzles were straightforward, at no time at all did I feel that the experience wasn't a quality one. Besides, the puzzles were impressively rather high tech, with mechanical hidden switches and lasers. One even used body heat to activate, which was pretty interesting to witness. The rooms in the Exodus game all required teamwork to solve the puzzles and while they might not be obvious at times, the solutions for the puzzles do make sense. 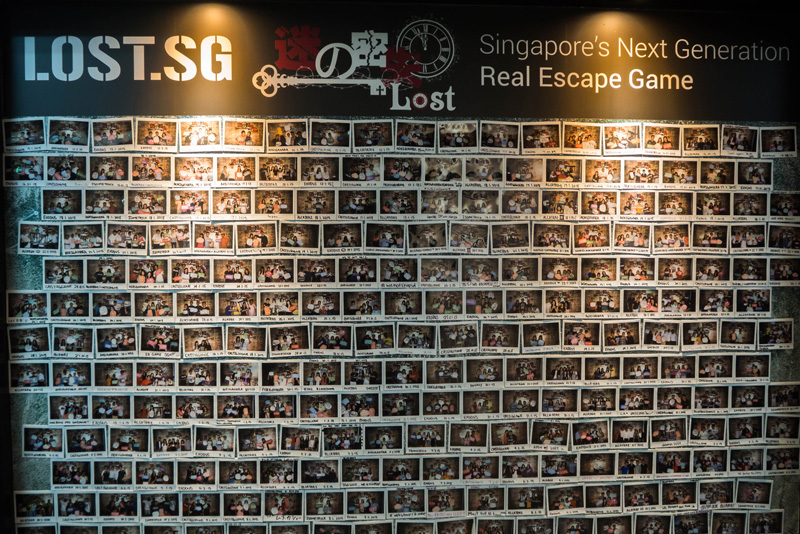 I came away from the experience with a new sense of appreciation for these escape rooms, Lost SG's in particular. Exodus was an incredibly fun experience and the 75 minutes we were allotted was gone in the blink of an eye. If you'd like to have a go at the rooms yourself, make sure to book an appointment with Lost SG at their website. It costs S$23.90 on weekdays if you book between 11am - 5.30pm. For peak periods (weekdays after 5.30pm, weekends, eve of public holidays and public holidays) the entry fee is S$29.90

So what are you waiting for? Give it a shot and share your experience too!

Salehuddin Husin (just call him Sal) is a hardcore gamer, collector and lover of cats. Sal loves getting limited edition versions of games not for the extras but because big boxes are cool. Due to that, there are those who suspect Sal might be a cat in disguise.