Microsoft Edge is good, but would scarred ex-IE users return?

First things first: Windows 10 would come with a new default browser, which is often referred to by its Project Spartan codename. At Build this year (which is still ongoing), this new browser is officially christened Microsoft Edge.

If IE is the hated brother, Edge is the favored son. While both will ship with Windows 10 sometime this summer, Edge is the one that gets all the new and fancy features. A universal Windows app, it will only support the new EdgeHTML rendering engine, which is optimized for modern websites and standards; while IE will stick with MSHTML for sites (typically enterprises’ own sites) that still need it. It’s perhaps this long-standing Microsoft practice of legacy support that saves IE from a sudden death.

Edge also comes with a note-taking mode whereby you can doodle or annotate on a webpage directly. You can then save segments of the page to OneNote, or share and save the whole page. There’s also a Reading Mode for distraction-free reading, a Reading List that supports offline reading and which syncs across devices, and of course, Cortana integration. So far, so good. 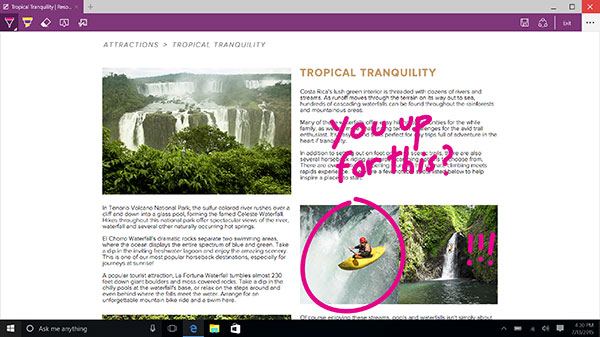 But despite all these fine features, Edge faces an uphill task. The IE brand has tarnished so much and for so long that many (including yours truly) have fled to other browsers like Chrome, Firefox, and Safari. It’s a once-bitten-twice-shy scenario Microsoft is dealing with here. Sure, Edge is fast, has modern features and over 4,200 interoperability improvements, and supports Chrome and Firefox extensions, but ask any former IE user who has switched camp if he would return to Edge, and he would most likely give you pause. (I know, because I asked three, and got pauses universally.) Because let’s face it: humans are creatures of habit. If Chrome or Firefox ain’t broke, why switch? Support for Chrome and Firefox extensions is great, and might well persuade existing IE users to hang around to check Edge out; but more are needed to lure new users and pacify old ones.

A good break, though not a clean one

Another problem that I foresee Edge facing is the reluctance to switch from current IE users. Again, creatures of habit: If websites still run hunky-dory on IE, why switch? This resistance is more likely to come from those none the wiser, as well as dinosaurs enterprises with their expensive legacy systems; the latter no thanks to the (surprise, surprise!) good work Microsoft has done in IE (e.g., Enterprise Mode). Who knows, maybe that's one reason why the Redmond-based company picked a lowercase 'e' again for the Edge's icon.

All that said, from a browser share point of view, Edge will hit the ground running. Once Windows 10 ships this summer, millions will get it for free when they upgrade to the new OS, whether they want it or not. And even if a fraction of Windows 10 users uses Edge, it’s a sizable number. Probably in the first year after release, Edge would have to play catch up to IE, but as long as Microsoft keeps up with the good work, a strong number two (behind Android and Chrome) is almost certain. And with Microsoft's current platform-agnostic strategy, we might well see Edge on Android and iOS sooner than expected.

Me? I'm currently juggling between Chrome, Firefox, and Safari for both work and play. Edge appeals to me from a standards standpoint, but I don't think I want to handle four browsers. Someone has to face the axe, and it looks to be Firefox. 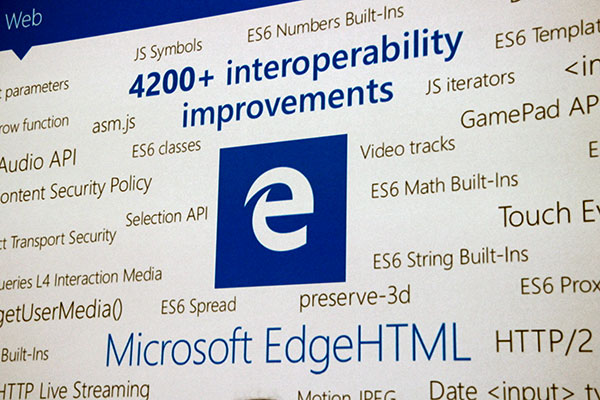