Note: This article was first published on 23 November 2019. 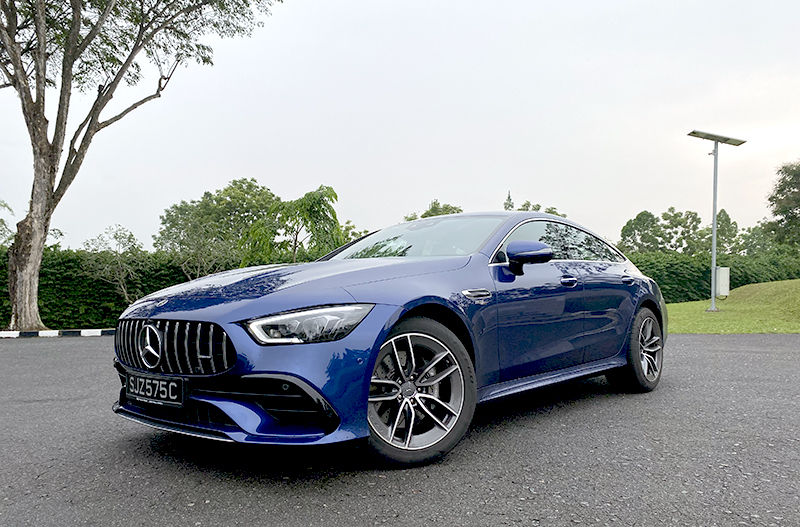 Mercedes-Benz’s lineup of cars has become incredibly confusing over the past few years. To break it down for you, what you need to know is this: the new Mercedes-AMG GT 4-Door Coupé is a direct rival to the Panamera from cross-town rival Porsche. The Panamera was a bit of a revelation. Who knew what the rich really wanted was a car with questionable styling but sports car-like handling? Apparently, Porsche did and the rest say as they so often say, is history.

On paper, the Mercedes-AMG GT 4-Door doesn’t much make sense given that Mercedes has no shortage of fast 4-door super saloons. There are AMG variants of the E-Class and CLS. It makes even less sense when you consider that the less powerful AMG GT 53 4-Door that is reviewed here costs S$559,888, which is nearly 150 grand more than the equivalent AMG E 53 and 100 grand more than the equivalent AMG CLS 53. 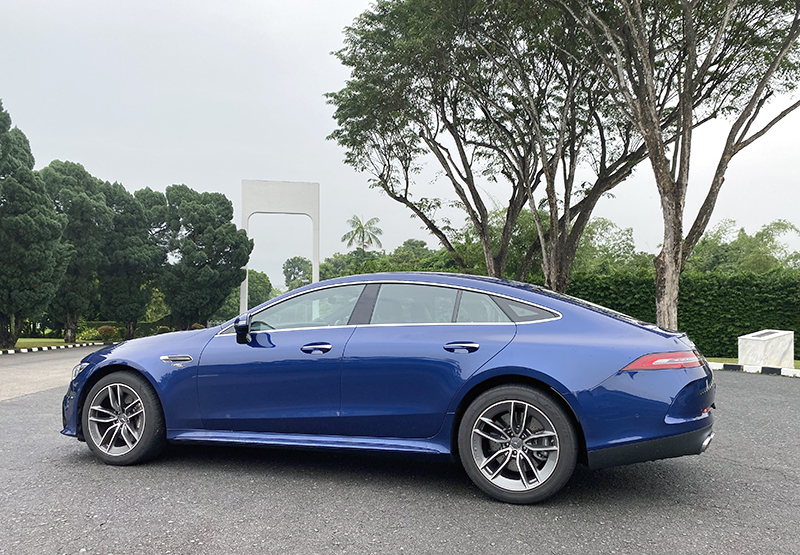 But that’s on paper. The proof, as they say, is in the pudding and it is after spending some time with the AMG GT 53 4-Door that you appreciate its capabilities. I have to start by saying that I think it looks great. While the Panamera attempts to hide its mass with considered lines and curves, the AMG GT 4-Door proudly thumps its chest and embraces its burliness. Its bonnet is long and features two conspicuous “powerdomes”, its grille is huge and equally conspicuous, and the swollen wheel arches and huge wheels hint at prodigious power. It’s large too, at just over 5 metres long and nearly 2 metres wide. If you opt for the same metallic blue paint as the test car, they'd would have to be blind to say they didn’t see you hurtling down the road. 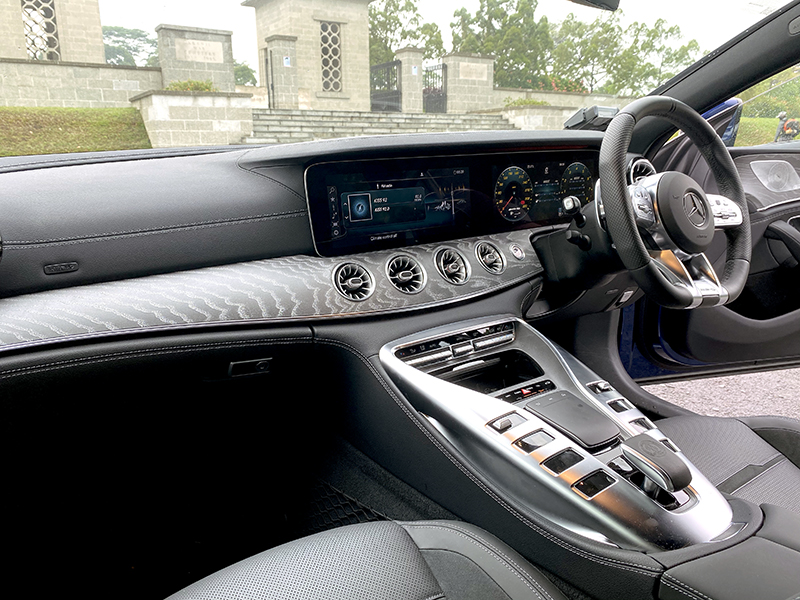 Inside, the AMG GT 53 4-Door is classic Mercedes-Benz. It’s all quality materials and tasteful trimmings. It feels and looks like the interior of a car that costs north of half a million dollars. Like most new cars from Mercedes-Benz, the AMG GT 53 4-Door eschews traditional analogue dials for digital displays — two humongous 12.3-inch digital displays, to be exact. Curiously, however, these displays are not touch-enabled, which makes navigating and controlling the infotainment system a hassle especially when you are driving. It’s also perplexing when you consider that less costly Mercedes models (like the recently tested CLA) have touch-enabled displays.

Also curious is that the AMG GT 53 4-Door isn’t using Mercedes’ newest MBUX infotainment system, instead it is using the older COMAND system. That isn’t necessarily a bad thing because it works well enough once you get used to it and it supports Apple CarPlay — no Android Auto, sorry. But the lack of touch-support means the infotainment system is one of the most frustrating aspects of the car. Fortunately, the car redeems itself in other ways. 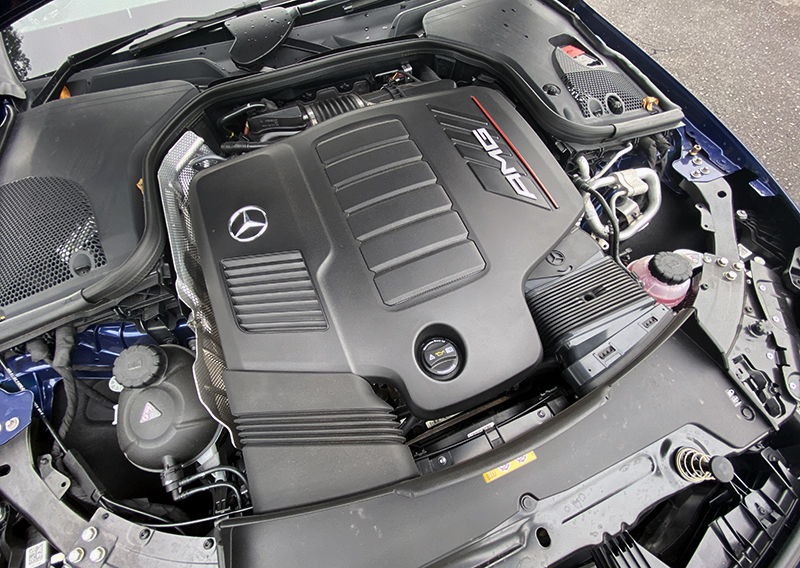 There are four models in the AMG GT 4-Door lineup but our market is only getting two. The mid-range AMG GT 53 4-Door as tested here, and the top-of-the-range AMG GT 63S 4-Door. Power in the AMG GT 53 4-Door comes from a 3-litre turbocharged inline-six that produces 435hp and 520nm of torque. Under full acceleration, EQ boost is activated where an electric motor further aids the engine with an additional 29hp and 250nm of torque. 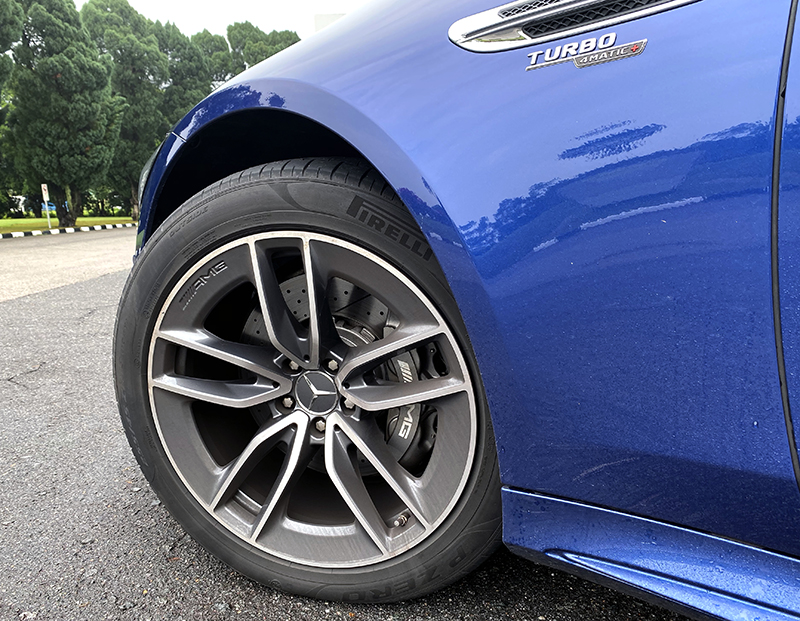 Thanks to all-wheel drive, acceleration is incredible. Despite weighing around two tons, the AMG GT 53 4-Door will get from 0-100km/h in 4.5 seconds. What’s more impressive is the effortless way in which it does it. It never feels hurried or breathless, and it just pulls and pulls through the revs and its 9 gears (that’s not a typo). It even has a rather pleasant soundtrack to match. Granted, it has much of the synthesised pops and crackles that plagues modern performance cars, but underneath it all, there’s an intoxicating howl that reveals itself between 4,500 and 6,000rpm. Given enough road, the AMG GT 53 4-Door will hit 285km/h. 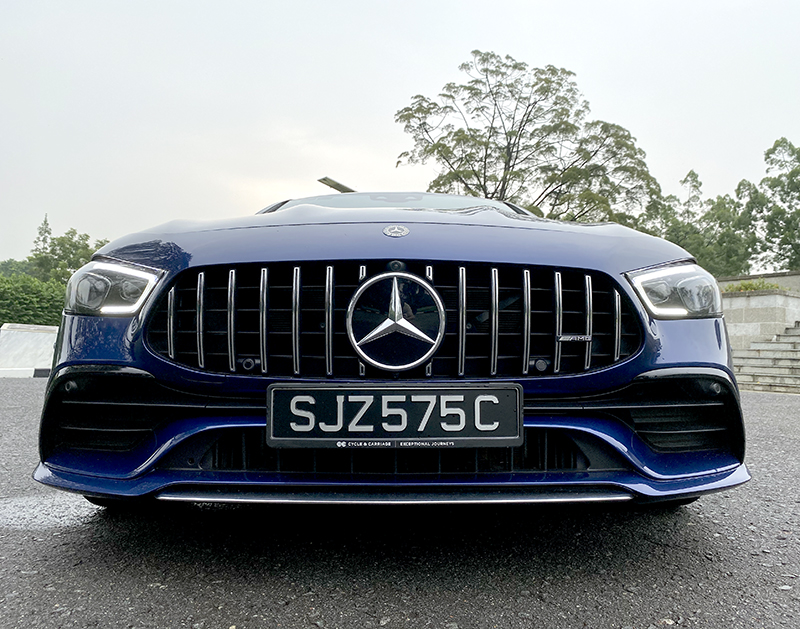 More impressive is the way the car drives. The steering is sharp and precise and that has the effect of shrinking the car and making it feel smaller than it looks. It gives you the confidence to push the car because you know you can place it where you want. Put the suspension in the sportiest setting and you’d find that body roll is surprisingly well-controlled too. The net effect of all this is that the AMG GT 53 4-Door feels almost like a two-door sports car when you are gunning it. The only thing that gives it away is its heft as you brake into approaching corners. 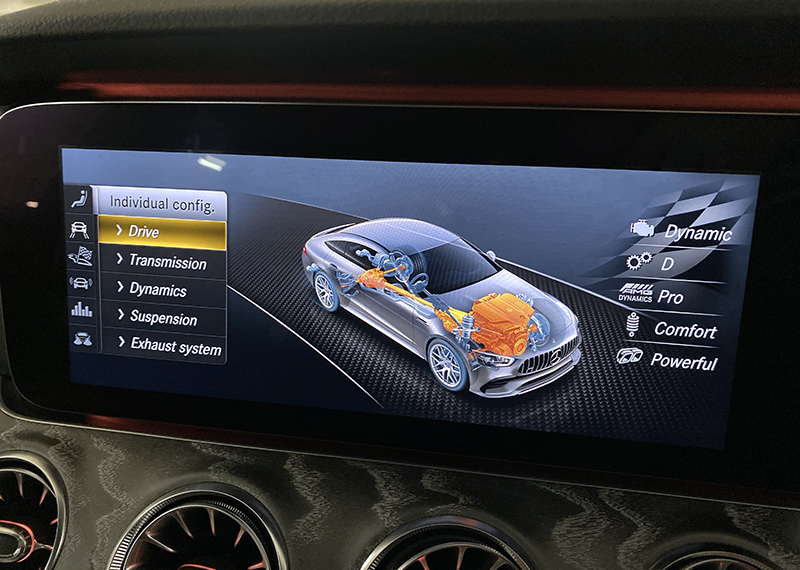 But you don’t have to always drive the AMG GT 53 4-Door fast. Put all the settings in the softest mode and it feels no harsher or noisier than an E-Class. It’s practical too. It seats four comfortably and the boot is large enough for your golf bag and luggage. Though it must be said that the sloping roofline does mean taller objects might struggle to fit. I guess the best praise I can give the AMG GT 53 4-Door is that it is every bit as good as the equivalent Panamera.

As remarkable as it may be, the AMG GT 53 4-Door is encumbered by its high price-tag. It costs about the same as a Panamera 4S but it’s over 100 grand more than the equivalent AMG CLS 53 and 150 grand more than the equivalent AMG E 53. And if you study the Mercedes pricelist hard, you’ll find that you could get an AMG E 63S with a full-fat 604hp 4-litre V8 for about 20 grand more. Even though the AMG GT 53 4-Door is a stunning achievement from Mercedes, in this context, it’s hard to say it’s is good value for money. 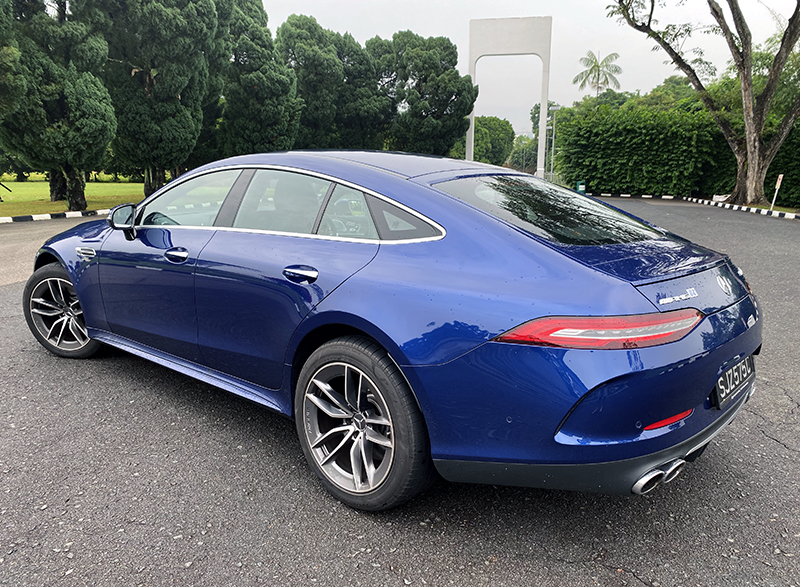 Regardless, credit must be given to Mercedes for what they have achieved here. The AMG GT 53 4-Door successfully replicates the Panamera’s party trick of turning from a relaxed cruiser to a razor-sharp super-fast sports car at the switch of a button. It’s a simple recipe but many have tried and many have failed. Mercedes has finally succeeded at creating a credible rival to the Porsche Panamera. And perhaps that’s its biggest trick of all.