Listening to the Schiit Ragnarok & Yggdrasil, one of the most revered pairings in head-fi 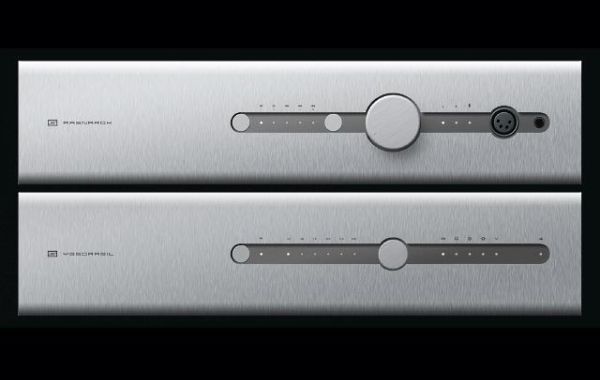 It's not every day you get to spend an extended period of time (weeks in this case) listening to one of headphone-land’s most talked about and revered amp and DAC pairings in the solitude and quietness of your own home. Ask any audiophile, listening to setups at an audio show or even in a showroom is not the same as listening home at leisure and comparing it with your own gear. But as part of my mega flagship planar magnetic headphone shootout (August issue of HWM), I got to do just that.

Norse mythology is a running theme in Schiit's product line-up and it hints at what each product is capable of. Ragnarok, as some of you may know, refers to the end of days in Norse mythology and it is a fitting name for Schiit's flagship amplifier because it was designed to be the be-all and end-all of all amplifiers. Fondly referred to as the Raggy, it can power anything from IEMs to planar magnetic headphones and even speakers.

Yggdrasil, on the other hand, is the world tree that connects the nine worlds in Norse mythology and it is a fitting name for a DAC. Often simply just called the Yggy, it is notable because it eschews your common off-the-shelf delta-sigma DACs (think ESS Sabre and AKM) in favor of medical/military grade Analog Devices DACs that run Schiit’s proprietary digital filter. The key benefit here is that unlike delta-sigma DACs which upsamples the original samples, the Yggdrasil handles PCM files natively and retains all of the information of the original sample file. For purists, this means their music is untainted. 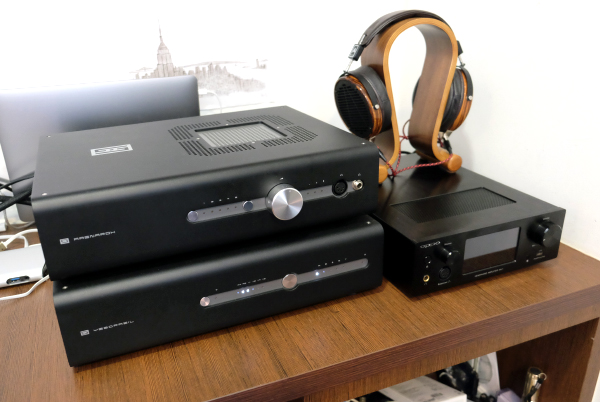 My personal setup is the Oppo HA-1. I’m very happy with it because it checks out all the boxes for what I want out of a desktop system. It's powerful, has a balanced topology, and it accepts multiple digital inputs so I can hook it up to my computer and PS4 console. It is also an amp/DAC combo which I know some purists might scoff at but desktop real estate is a premium for me. Its overall sound can best be described as clean and I am very happy with it.

It is often said that after the transducers, the amplifier makes the most difference in a setup and so the first thing I did was to connect the outputs on the HA-1 to the Ragnarok. This way the Ragnarok would receive signals from the HA-1’s DAC section, allowing me to keep the digital conversion constant and compare the Ragnarok's amplification abilities against the amplifier section of my HA-1. 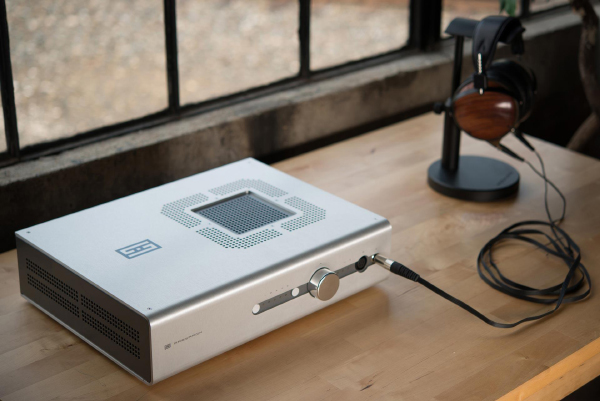 The headphones I used the most were the Audeze LCD-3, MrSpeakers Ether Flow, and Sennheiser HD 6XX. Through the Raggy, these headphones sounded more controlled and sang with greater authority, clarity, and air. I felt that the Sennheiser HD 6XX benefited the most as it was considerably tauter and more energetic in its presentation through the Raggy compared to the HA-1. The Raggy showed me just how high the HD 6XX could scale if it is powered by the right equipment.

The next thing I did was to connect my computer to the Yggy and send its output to my HA-1. With the HA-1 still connected to my computer, I could now switch between the Yggy and the DAC section of my HA-1 to compare both units' digital conversion abilities. Before I continue, know that the DAC section of the HA-1 is no slouch. It has a high-end ESS Sabre 9018 DAC chip.

Prior to my experience with the Yggy, I was skeptical that DACs could make a big difference. After all, if their primary duty is to convert digital data into analog signals, how much of a difference can a DAC make? The Yggy, however, changed my mind completely. Maybe it is really the DAC chip or maybe it is Moffat’s proprietary digital filter, whatever it is, my music sounded fuller, more organic, and sweeter through the Yggy. Through the Yggy, I could even hear things that weren't even present through the HA-1. It could be a subtle strumming the background or the clashing of drum sticks or cymbals through quieter sections of a song. The Yggy, unbelievably, presented details that were missing when I was listening through the DAC section of the HA-1.

Many Yggy owners swear that their systems sound even better if they have left the Yggy on for extended periods of time. Some say the Yggdrasil start to sound their very best on after about 200 hours of operation. Incredibly, I found that there is some truth to these claims. With each passing day, the Yggy did sound better until about five days. Thereafter, I couldn't discern any difference. 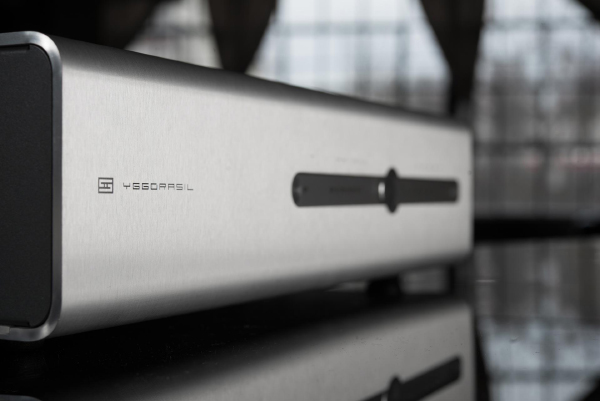 If you ask me, I felt that the Yggy made a much bigger difference than the Raggy did, which goes against the conventional audiophile wisdom that amplifiers make a bigger difference than DACs do. Some enthusiasts have commented that listening to the Raggy and Yggy combo is a life-changing experience. I won’t go that far but I will say that this experience, along with that of my testing of high-end planar magnetic headphones, has been very instructive and opened my eyes and ears to what is possible from a truly high-end headphone setup.

More worryingly for my wallet, this experience has made me painfully aware of the shortcomings of my setup. The ESS Sabre 9018 is a fine DAC chip but the Yggy is special. So, will I be ditching my Oppo HA-1 any time soon? That’s unlikely unless I get lucky at the lotteries. But will I aspire to own them someday? You bet!