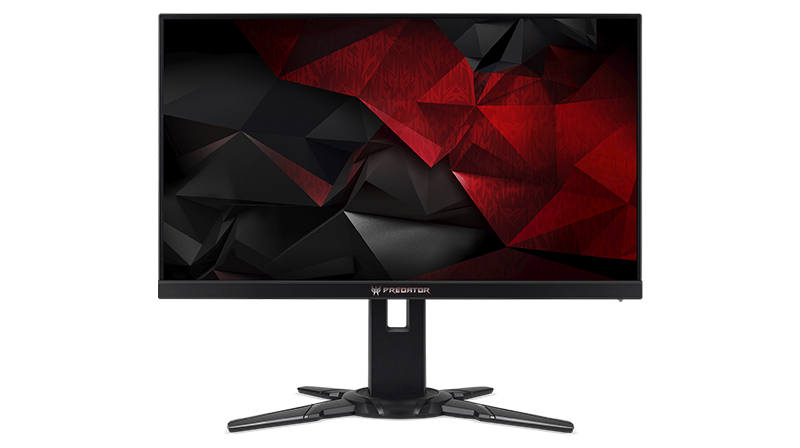 When I first heard about the opportunity to try out a 240Hz monitor, I jumped at it. After all, the upgrade from a 60Hz monitor to a 144Hz gaming display did send me into paroxysms of ecstasy. Okay, I may have exaggerated slightly, but the sheer bliss of having a butter-smooth experience both in-game and on the desktop is truly something that everyone needs to experience for themselves.

While there are already tangible differences in simple things like moving your mouse around on the desktop, the most significant improvement is of course in-game, where tracking targets and responding to fast-paced action feels a lot easier and more natural.

It’s almost as if an invisible barrier between your actions and how they translate on screen has been lifted, and once you’ve been spoiled by 144Hz, it’s almost impossible to go back.

So a 240Hz monitor should be quite a huge step up as well, right? After all, that’s a 66% increase in the number of times the image on screen is updated! In more gamer-friendly parlance, that can also be thought of as the maximum number of frames the monitor can display in one second.

I wish I could say that 240Hz is the next must-have feature in a gaming monitor. Heck, as I was unwrapping the Acer Predator XB252Q G-Sync monitor, I really wanted it to blow my mind.

Unfortunately, that just isn’t what happened. As much as I wanted 240Hz to be another game-changing upgrade, deep down, I was skeptical. And I wasn’t wrong in feeling that way.

While anyone who has tried a 144Hz monitor will gleefully tear up the myth that the human eye cannot see beyond 30FPS (clearly a lie perpetuated by salty console gamers), there eventually comes a point where the law of diminishing returns kicks in hard. I believe that point is 144Hz. Don’t get me wrong, the 240Hz Acer monitor was great. It was fast, smooth, and ultra-fluid, and it felt absolutely fantastic blinking around as Tracer in Overwatch. The only problem is that the same can be said of the 144Hz monitor I was using before, an ASUS ROG Swift PG279Q.

Just to be clear, this isn’t a comparison between Acer and ASUS. This is about 144Hz versus 240Hz, and at first glance, I could not tell the difference. On the other hand, it’s immediately apparent when you switch between 60Hz and 144Hz on the desktop. 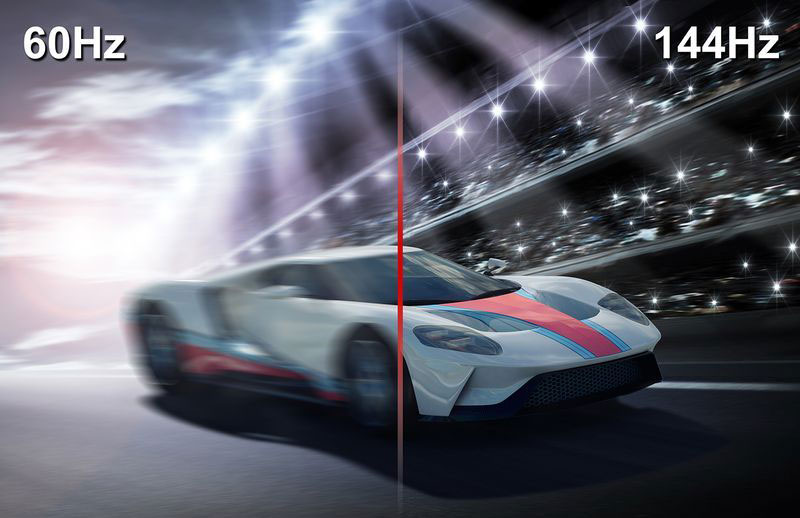 Frankly, I was appalled at first. Was I simply too obtuse to notice the differences? But as the week wore on and I spent more hours with the monitor, I came to accept that the improvements were simply too subtle to notice without extremely close scrutiny, such as by using specialized testing programs or setting up a 144Hz and 240Hz screen side by side.

You also need to know what to look for. One of the ways to tell between a 60Hz and 144Hz screen is to quickly move your mouse around in circles on the desktop. You’ll see more images of the mouse on the 144Hz monitor in this circle you’re drawing, and that’s because the monitor is updating the position of the cursor every 1/144th of a second, as opposed to just 60 times a second.

On a 240Hz monitor, this is the case as well, but it’s ultimately such a minute detail that you wouldn’t notice if you weren’t looking. In Blur Busters' UFO Motion test, the detail on the UFO that was zipping by at 240FPS was also noticeably better preserved at 240FPS than it was at 120FPS. So yes, 240Hz does aid in reducing motion blur, but the fact remains that you need to be actively hunting for the differences with testing utilities and an eagle-eyed attention to detail.

In game, maybe the 240Hz screen is capable of preserving sharper textures during fast motion. Maybe it feels just that bit smoother. But once again, it just doesn’t make that much a difference. More importantly, it doesn’t feel different, which is what really matters.

If you want to get technical, there are of course theoretical advantages to using 240Hz. For example, if you’re flicking quickly between targets in Counter-Strike: Global Offensive, a 240Hz screen would be able to display more frames in the fraction of a second it takes for you to switch from the first target to the second.

This means that the position of the second target would shift by fewer pixels, because its position is updated more frequently on the monitor, and you’d have access to the most updated location. But we’re splitting hairs here, and that’s assuming you even have the reflexes and accuracy to make use of that sliver of a so-called advantage.

Furthermore, all the 240Hz monitors available now are 1080p TN panels, which means that their picture quality, color accuracy, and viewing angles are simply worse than their 144Hz IPS counterparts. I’d take better colors, a higher resolution, and even HDR, as is supported on certain 144Hz monitors, over a 240Hz refresh rate any day.

And in order to maximize its utility, you also need the budget for a fairly beefy graphics card to push over 240 frames per second in games, which is yet another added expense. 240Hz monitors aren’t cheap – the BenQ Zowie XL2540, ASUS ROG Swift PG258Q, and Viewsonic XG2530, all 24-inch monitors, cost S$799, S$1,099, and S$719 respectively – and there’s little reason to pick one over a cheaper 144Hz equivalent.

Alternatively, you could invest in a 144Hz monitor with a higher resolution IPS display, which would get you an overall better and more rounded experience.

To be fair, 240Hz monitors aren’t mere gimmicks. They just don’t make enough of a difference to be attractive at their current price points and feature sets. I’ll embrace them with open arms when they catch up with 144Hz monitors in variety, features, and price, but a monitor needs more than just a 240Hz refresh rate to be compelling.

If you own a 60Hz monitor, upgrading to 240Hz will still give you a vastly improved experience. And if you're a competitive gamer that wants every conceivable edge you can get, including the 1ms response time offered by these TN panels, I'm not going to stop you. But if you already have a 144Hz monitor, you should really just stay put.