How the iPad is changing the way Singapore Airline's pilots fly 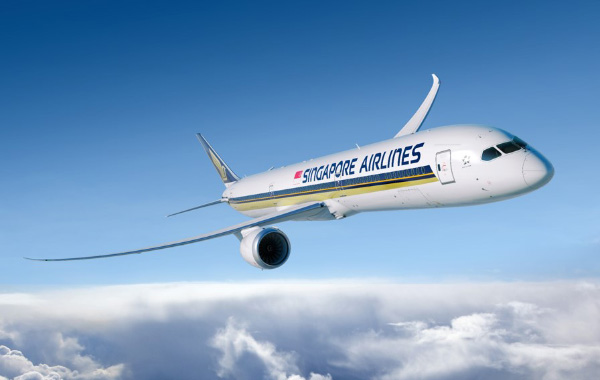 Behind the smart uniforms and the thrill of visiting foreign lands, the job of a pilot also involves many uneventful tasks such as keeping track of flying hours, applying for visas, taking notes of weather, airports, and even minor defects on the plane. Thankfully, Singapore Airlines (SIA) wants to alleviate this for its pilots.

In 2015, SIA embarked on a process investigating the effectiveness of iPads in streamlining some of their pilots’ workflows. To be sure, SIA isn’t the first to recognize the potential of iPads in making the lives of its pilots easier. Delta and United both started issuing iPads to their pilots in beginning in 2011, using iPads to replace weighty manuals, logbooks, and flight charts. However, SIA is different because it has even gone to the trouble of developing two custom apps called FlyNow and Roster for its pilots. But before we talk about the apps and how the iPad can help the pilots, it is necessary to understand why the iPad was chosen. First of all, they have been proven to be sturdy and flight-worthy. An important requirement was that the device must stay intact even during extreme pressurization and depressurization routines and the iPad passed this test with flying colors. Secondly, it needs to be secure. Thanks to Touch ID, pilots can easily protect their iPads against unauthorized access. As a result, pilots were able to do away with the two-factor authentication dongles that they used to carry around. Finally, the iPad was chosen because of the intuitiveness of iOS. These were the main reasons why the iPad was selected ahead of other competing tablets. 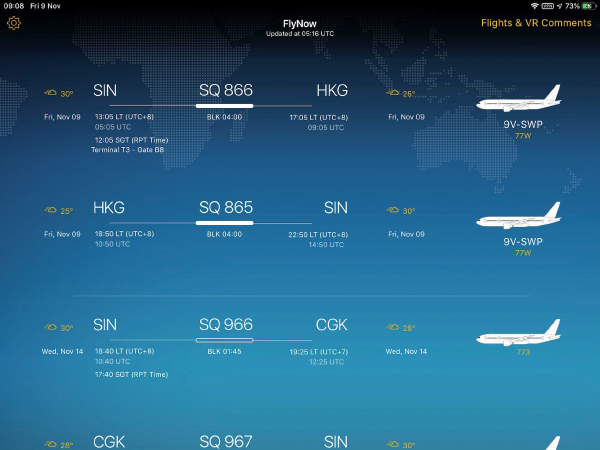 FlyNow shows upcoming flights and other relevant details like the flight plan, fueling, the weather, and where the plane is parked. FlyNow also allows pilots to proceed with their post-flight reports which used to be done on pen and paper. This, according to Captain Raj Kumar, deputy chief pilot, B777, Flight Operations Division, whom I spent a morning with learning about how SIA deploys the iPad, frees up pilots’ time and allows them to get home or to a hotel earlier. Of course, all of this is synced with SIA’s backend servers so that all the information is updated. 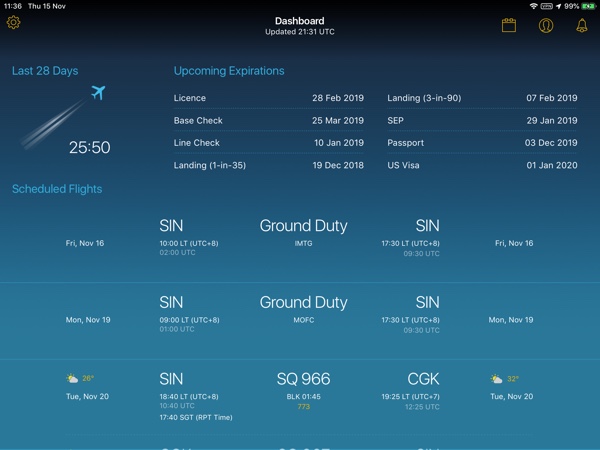 Roster, on the other hand, as its name suggests, lets pilots know what their schedules are like with information like when and where are they flying, when is their off days, and so on. It also allows them to share their schedule with family members and see the rosters of other pilots. Finally, Roster keeps track of their flying hours - pilots can only fly 100 hours a month - and their passport, visas, and license expiration dates. Like FlyNow, all of Roster is synced with SIA’s backend servers.

Beyond FlyNow and Roster, SIA pilots also rely on other apps such as Aerodocs and GTD eWAS Weather Awareness Tool. Aerodocs is particularly useful, Captain Kumar said, as it contains digitize copies of plane manuals, which makes searching for things extremely fast and easy. Manuals, he said, can be hundreds of pages thick. 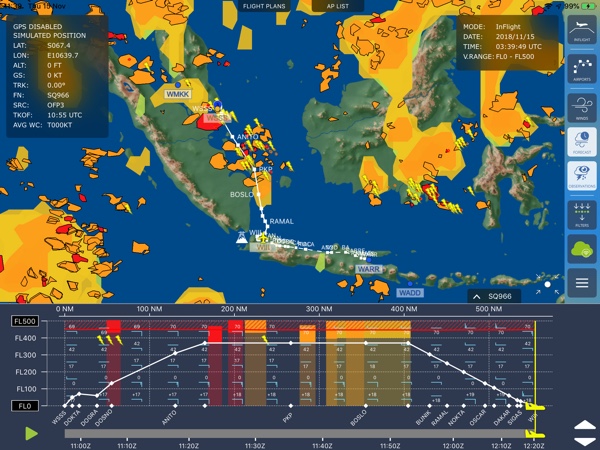 As for GTD eWAS Weather Awareness Tool, it is an extremely detailed and advanced weather app. And if the plane is Wi-Fi equipped, pilots can get even more up to date weather information through the app, which helps in avoiding unfavorable weather.

The iPad is also a handy tool for calculations. Captain Kumar showed me how it could be used to calculate the amount of thrust required for take-off. Contrary to popular belief, planes do not operate on maximum thrust during take-off. Instead, the appropriate amount is carefully calculated using an unspeakably complicated formula that takes into account weather conditions and load so that the engines are not taxed unnecessarily. The iPad (a 5th generation model from 2017) took mere minutes to calculate whereas the plane’s onboard computer, an old Intel processor from over 10 years ago, was so slow that even after 15 minutes it wasn’t done. 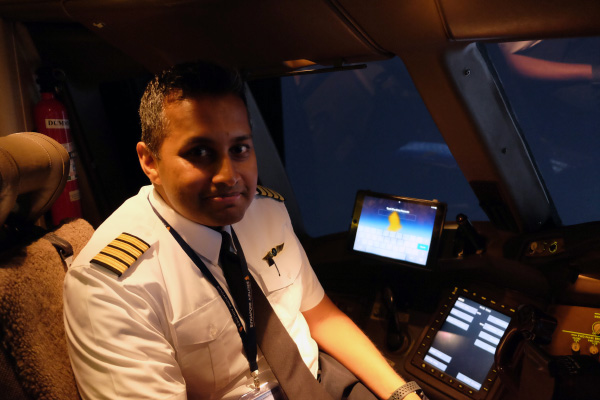 The problem, Captain Kumar elaborated, was that plane’s needed to have their equipment tested and certified for the rigors of flying and that often takes time. For processors, this means they are no longer cutting-edge by the time they are put into service. Therefore, the iPad is an elegant solution to the problem as it is easier, quicker, and cheaper to certify a new iPad for the job than to retrofit the plane with the latest processors.

To maximize the iPad’s capabilities, SIA has further enhancements planned such as adding charging points to the cockpits and ensuring pilots have secure access to the Internet during flights so that they can get the most up to date information.