This is how HardwareZone works from home #HWZWFH (Part 7) 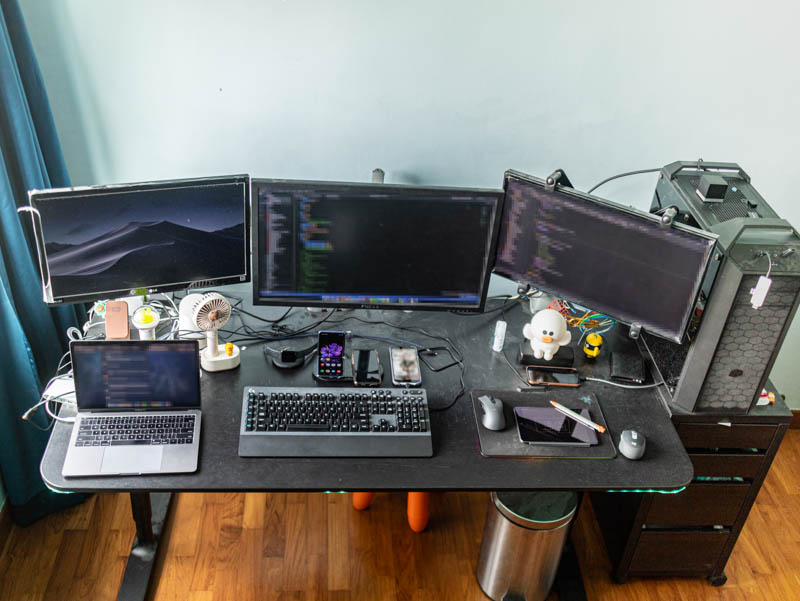 Wherever there's any major online sales (think Black Friday or Single's Day) I would indulge in keyboards, monitors, and mice. So much so that throughout the years, I had amassed five monitors, amongst many other devices. Momentarily, I thought I had gone mad. This year, however, has proven that my "investment" in monitors is sound.

My WFH desk is not a recent set up. I had actually set it up way back toward the tail end of 2017. Primarily a polyglot software engineer (a.k.a. ‘Bao ka liao’), it is beneficial for me to have multiple monitors. Before 2018 though, my monitors were all over the place without any fixtures. It was when I bought a Prism+ 27-inch W270 monitor (bought in SITEX 2017 for S$375) that I realised I needed a better way of organising my displays. At that time, Prism+ was also promoting their ARC 01 and ARC 02 monitor arms, and so I bought some and attached the new monitor, as well as my old Samsung 24-inch and LG 22-inch to them and to the desk. In case you were wondering, the Samsung monitor is the S24E390HL (bought from a tech exhibition in 2015 for $158) and the LG monitor is the 22MP48HQ-P (bought from Best Denki in BF Sale 2016 for $85).

There are additional input ports on both the LG and Prism+ monitors to connect to any MacBook with USB-C / Thunderbolt 3 output. This enables me to work on both my desktop and another MacBook. My work laptop is a 13-inch Macbook Pro. Normally, it is left in the workplace. However, in anticipation of the circuit breaker period, I brought this machine back with me to serve primarily as a VPN bridge. My desktop is not configured for VPN access back to my office.

When I first started my WFH setup, I intended for it to be very colourful (yes, I'm into RGB, sue me). However, in mid-2019, the need for wireless superseded the want for RGB, hence I swapped my CoolerMaster Masterkeys Pro S for a rather bland, unlit, but affordable Logitech G613 mechanical keyboard and a Logitech G603 wireless mice. The only device with RGB lighting left in my WFH desktop is my Razer Firefly mousepad, as well as the Philips Hue lightstrip attached to the underside of the table. 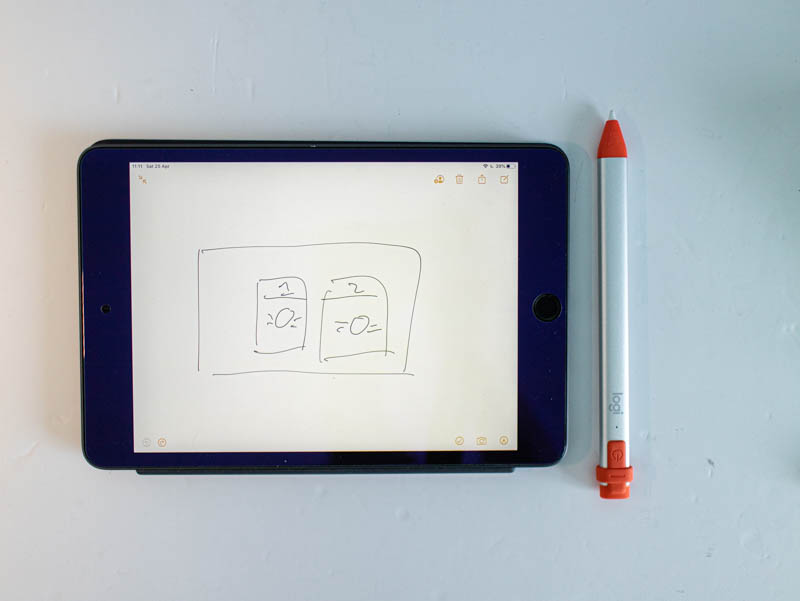 To jot down notes or to scribble inspirations, I have my iPad mini 5 and Logitech Crayon. I have an Apple Pencil as well but it rolls off too often when I am not using it. This explains my preference for the Logitech Crayon. It's useful whenever I need to draw out annotations in real-time. With the recent iOS update, there’s finally good mouse support on iPadOS and so I have a Logitech M585 mouse (bought during recent 12/12 sale) linked to my iPad Mini as well. The Logitech is also linked to my office Macbook Pro, in case I ever need it. 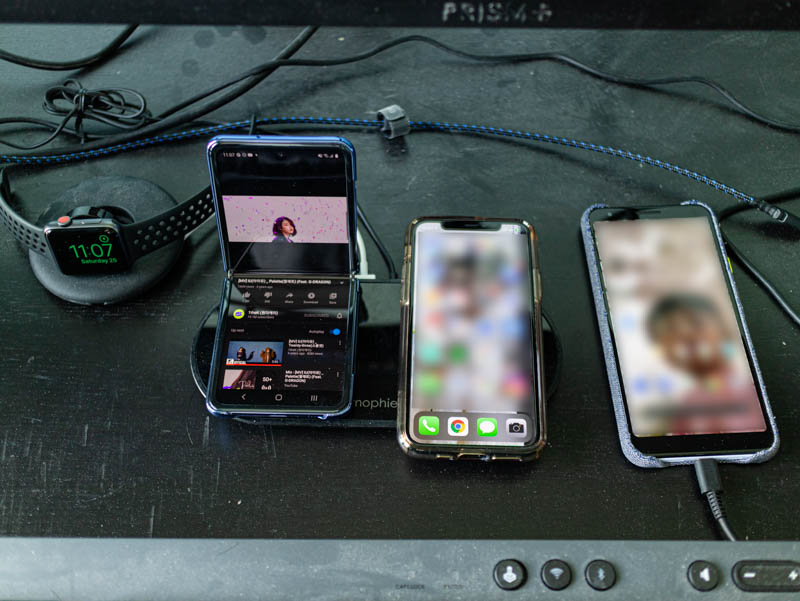 I hate wires. As such, I recently bought a Mophie Dual Wireless Charging Pad. The original intent was to use it mainly to charge my Apple iPhone 11 Pro and Apple Airpods Pro, however, since I'm mostly working from home, there’s little use for the Airpods Pro, so I use it to charge my Samsung Galaxy Z Flip instead. There are also additional Lightning and USB-C cables that I use to charge my iPad mini and other devices. 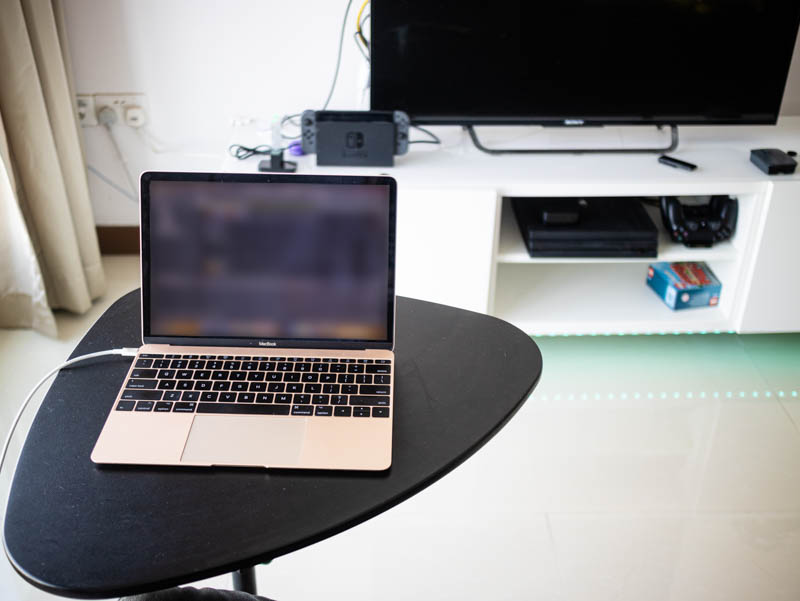 Being a software developer means pulling long hours at times. And sometimes, I have to get out of the room once in a while, either to stretch my legs, or to get some inspiration, or maybe my spouse needs the "tech room" for teleconferencing. However, work doesn't stop. To ensure I can continue to work, I’ve also set up “hot desking stations” next to my sofa and my dining table. On these "hot desks", I use a 12-inch MacBook (the super light one that Apple discontinued). Originally, this served as my "work-on-the-go" machine but since the commencement of the circuit breaker, it has been repurposed for "hot-desking" at home. Each of my hot desks has a wireless charging point to charge my iPhone - Ikea’s Rällen on the sofa side desk, and a Belkin 7.5W charging pad for the dining table. There is also another Ikea Rällen attached to the bedside cabinet in my bedroom. 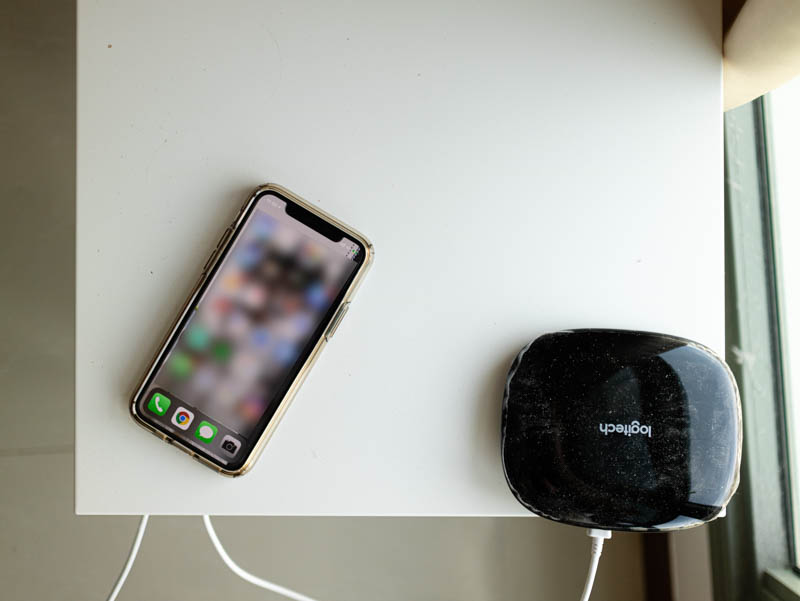 When I need to chill, I'm usually at my modest 43-inch Sony Bravia XBR-43X8300C (2015) watching either Netflix, Amazon Prime, or Viu. I also use the TV to play games on my OG Nintendo Switch and Playstation 4 Pro. Though it must be said that with a toddler, it's becoming increasingly challenging to to play games nowadays.

And finally, there are three Google Nest Hubs and one Google Home, deployed in the kitchen, living room, bedroom, and "tech room" respectively, and I used them to play music occasionally, in addition to typical voice commands such as turning off and on lights, and other pre-programmed routines.

See how the rest of HardwareZone works from home: