PSA: Do not set this image as your Android smartphone's wallpaper
Blogs

This is how HardwareZone works from home #HWZWFH (Part 6) 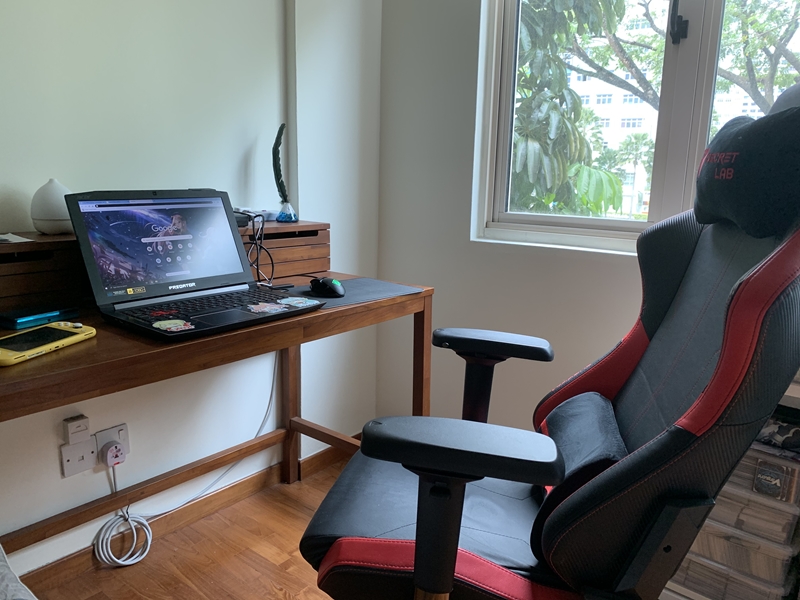 Like Chong Seng and Tim, I was already quite used to working from home even before the circuit breaker measures were announced, and I don't think I even batted an eyelid when it actually came into effect. The main reason for it, at least from my end, is because my setup doesn't really differ regardless of where I work, and I don't think I set the bar very high either. Yes, I'm pretty basic in that regard – no fancy smart home ecosystems and adjustable desks for me. Yet.

For the most part, all I need is a desk, a chair and my laptop - just give me those and I'll be able to get cracking. After all, I don't think anyone needs the whole nine yards to type out a few articles. Keeping that in mind, it doesn't mean I'm completely averse to adding a dab of luxury here and there, as evidenced by my Secretlab Throne gaming chair. 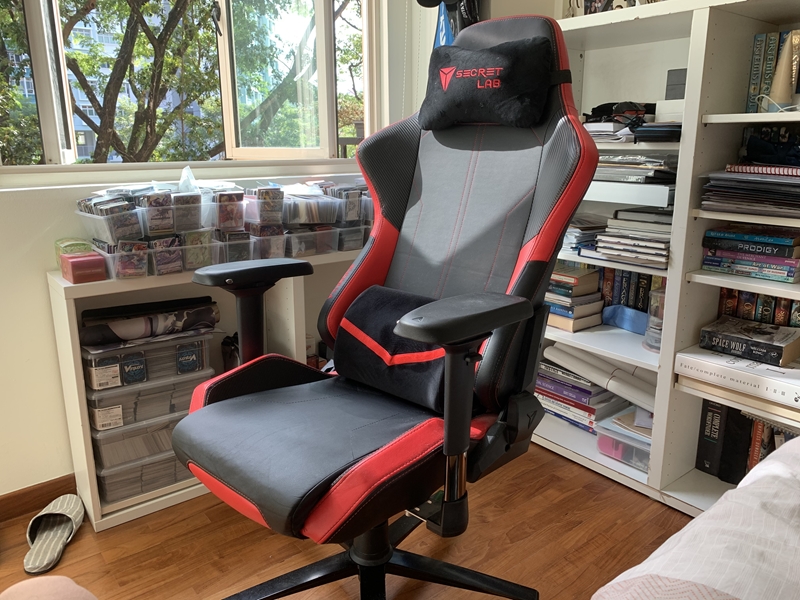 Arguably the fanciest piece of my WFH setup, my gaming chair sticks out like a sore thumb amidst all the "everyday stuff" that makes up the rest of my home workspace. A wooden desk (Scanteak, if you're really curious), a Nintendo Switch Lite, one or two loose USB cables and maybe the odd iPhone charger – you've got all that and then there's this hulking throne (no pun intended) sitting right smack in the middle of the room. Yes, it's a real attention-seeker, albeit a much-appreciated one.

Indeed, I'm happy to have it around since my gaming sessions have gotten infinitely comfier (Secretlab's PU leather is great stuff), which coincidentally makes it excellent for naps too. Not during office hours, of course.

Getting into the work zone So, what do I roll with when stuff needs doing?

My main work device is and always has been my trusty computer. My current rig, like Tim's, is an Acer Predator Helios 300, a jack-of-all-trades gaming laptop that's been with me for about two years now and is still running flawlessly. Of course, it's not the only device that deserves credit – my iPhone XR is quite handy too, especially when I'm on the go and need to jot down stuff on the fly (not so much now, though), but the bulk of those notes usually ends up on this fellow anyway, so there.

Typing and miscellaneous work (read: web browsing) aside, the Helios 300 is able to run the large majority of games on the market right now even without overclocking, and that's more than enough for me. After all, I'm not a stickler for running all my games on Ultra quality – being able to actually play them is more important to me! There's also my mouse, which I'm currently in the process of testing. It's an HP Omen Reactor gaming mouse, and it's probably one of my favourite review pieces to date. It's fast, responsive and surprisingly comfortable despite its incomparably edgy design, even if that same design makes it a little bit of a hassle to clean sometimes. Still, it does what it's told really well, so I've got no complaints in the performance department.

But what I will make a ton of noise about is if I don't have my iPhone with me to play music while I work. Yes, like many people out there, I'm one of those folks who can't really get into the "zone" without a few tunes playing in the background. Back in the office, I used to roll with a set of Razer Kraken (Tournament Edition) headphones just because they were there, but my personal set is the Audio Technica ATH-LS70iS.

As for the actual music, being the proud anime fan that I am, it should be obvious that my usual jams are the opening and ending themes from my favourite series, although I do hop around various playlists depending on my mood – Burst the Gravity by Altima and Seiren Naru Heretics by kegani feat. DracoVirgo are permanent tracks on my replay list.

How to game and work in absolute bliss The last piece of my WFH puzzle is my PlayStation 4 console, which also happens to be the only one that isn't in my room. Instead, it's hooked up to a 65-inch 4K Panasonic television in the living room, flanked by a Sony home theatre speaker set. My dad's really proud of his setup, and he has good reason to be. Plus, he's not the only one reaping the benefits with the circuit breaker imposed. Normally, I handle PS4 playtesting and reviewing down at the office (we have a set in the HWZ store), but with the lockdown in effect, that's no longer an option. Suffice to say that playing Tekken 7 and the recently-released Nioh 2 on a 65-inch telly might have been a tad overkill, but heck if it wasn't drop-dead marvellous.

Anyway, that pretty much sums up my WFH setup – I personally think it's quite modest compared to some of the other HWZ folks, but hey, it's home. Which, coincidentally, is where everyone should be during this circuit breaker period. So, stay safe, and stay healthy!

Related Read:- All the new games to check out this April!

Kenneth is your dedicated jack-of-all-trades gamer, writer and otaku, who would be insanely rich if puns were an actual currency. When he's not working, he likes exploring the Borderlands and his love-hate relationship with the Fate/Grand Order gacha.