This is how HardwareZone works from home #HWZWFH (Part 5) 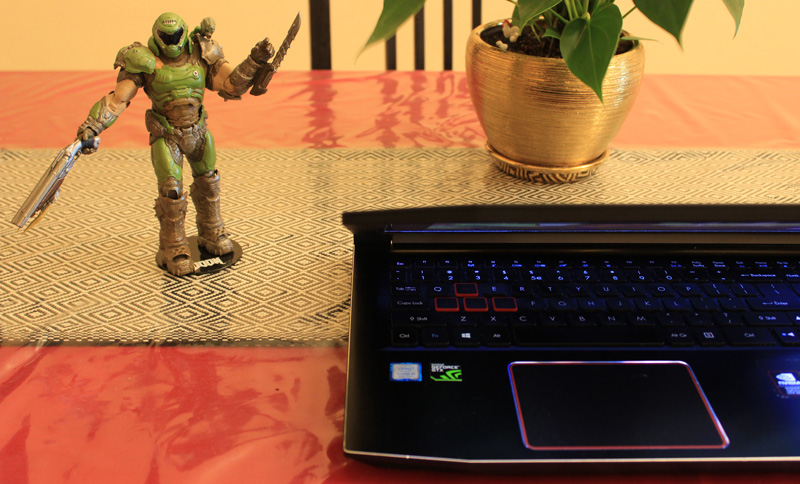 Home is where the heart is. And my parents. And my brother. And my cat.

I have actually been working from home for some time now, but that doesn’t mean I have a work-from-home setup that I’m super proud of. We’ll call it a minimalistic one – and by that, I mean that it doesn’t really exist.

I’m a wanderer. Instead of staying in one place and working there for the whole day, I just go back and forth from different spots in my house just to have the smallest change in scenery. For the most part, I hang out in the hall – using an Ikea-bought table to support my laptop and action figure of choice. I like working next to action figures, sue me.

Here's how I write 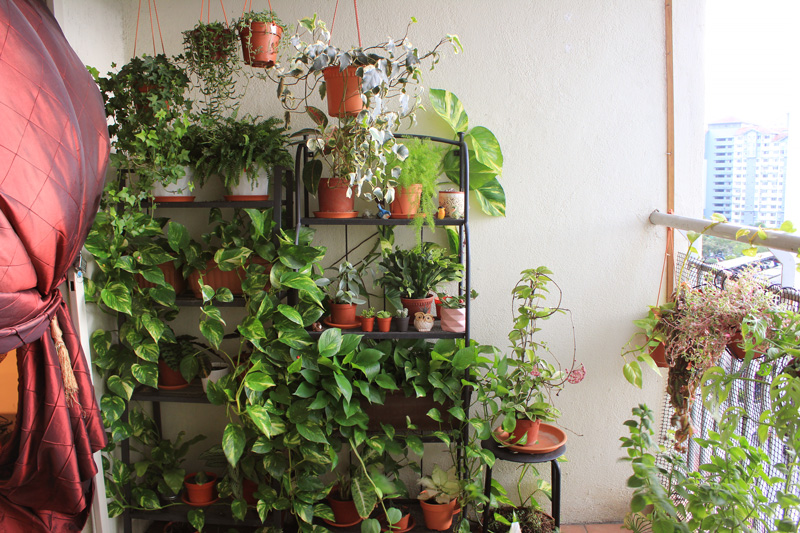 As you might have guessed, most of my work involves writing. For that, I use my laptop – a Predator Helios 300. With an Intel Core i5-8300H processor and NVIDIA GeForce GTX1060 GPU, it works pretty well for the few videogames I play on PC, and it’s more than sufficient for all the writing I do. On any given workday, you’ll probably find me plugging away at my laptop, trying to finish up articles before I move to the couch for game reviews.

It’s been fascinating to see how others do their writing work at home. Most of my friends listen to music while writing releases and scripts, but I find that way too distracting – purely because I end up headbanging or singing along to whatever I listen to (which currently, is just the Doom Eternal soundtrack). Instead of music, I listen to gaming podcasts while I work. Two podcasts in particular – the Easy Allies Podcast and the MinnMax Show. So, while writing about games, I listen to podcasts about games. Some might call me obsessed... and they would be absolutely right.

The laptop is also great for TV reviews, when we are sent advanced screeners of episodes to watch and subsequently write about. Before the pandemic, I used to attend press screenings of movies as well, but those are obviously on pause right now. Movies like A Quiet Place Part 2 and Mulan are long gone, either postponed to a later release date or delayed indefinitely. I don’t think cinemas are opening up anytime soon, much less these press screenings. At least TV shows are still sticking around, for now.

Here's how I review games 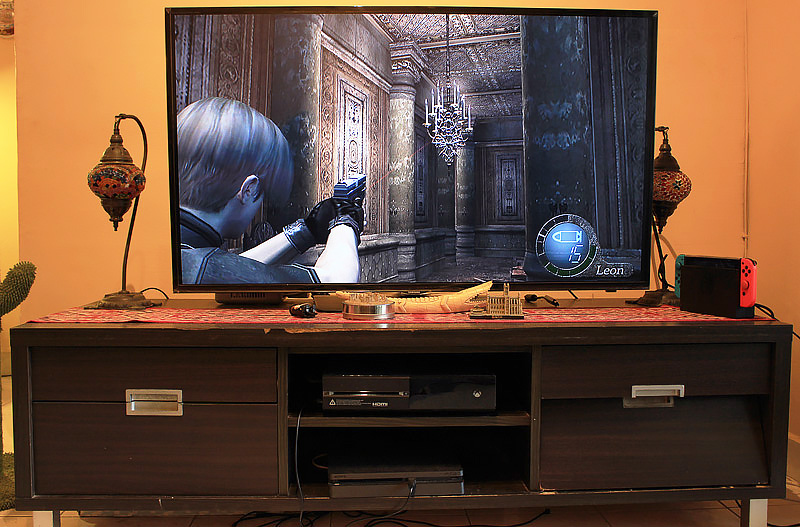 Speaking of TVs, let’s talk about mine. I have a Samsung 48-inch Full HD LED TV, which I use for everything – from watching Netflix to reviewing games. When I’m done with writing or just need to do a review, I move to the hall. There, I have a comfy Ikea-bought sofa, and three different consoles to choose from – a PlayStation 4, Xbox One and Nintendo Switch. With new platform-exclusive games coming out all the time, these three consoles have served me pretty well.

On the PlayStation 4, I recently reviewed Final Fantasy 7 Remake, Resident Evil 3 Remake and Doom Eternal. Currently, I’m not reviewing anything on the console, so I’m revisiting old Resident Evil games in my spare time – playing the Resident Evil HD Remaster and Resident Evil 4 side by side. When I’m looking for human contact that isn’t directly blood-related to me, I boot up Overwatch and Apex Legends for some multiplayer gaming. I have an unhealthy amount of hours spent in Apex Legends, I’m willing to admit.

However, the game that has brought me true comfort in this time of quarantines and lockdowns has to be Animal Crossing: New Horizons on the Nintendo Switch. New Horizons is an adorable life simulator that you’ve probably heard of by now (it’s all the rage on Twitter). You are sent to a tropical paradise and given the task of turning an island into a fully fledged village in whatever form you like. In my review, I called it, “a fuzzy blanket after a long day of work,” and, “the opposite of the Game of Thrones finale.” I stand by those words.

The Xbox One is no joke, either. Not to sound like a full-blown ad, but Xbox’s Game Pass subscription is a killer deal. For a relatively small fee per month, you get access to a metric ton of videogames to play through – some of which cost more than the monthly subscription by themselves. The Xbox One is also the most backwards-compatible console out of the big three. The PlayStation 4 only supports a paltry amount of last-generation games and Nintendo often forces you to pay full price just to play them again on the Switch. I’ve been revisiting Red Dead Redemption on the Xbox One, though it’s a little hard to go back to after Red Dead Redemption 2.

How else do I spend my time? 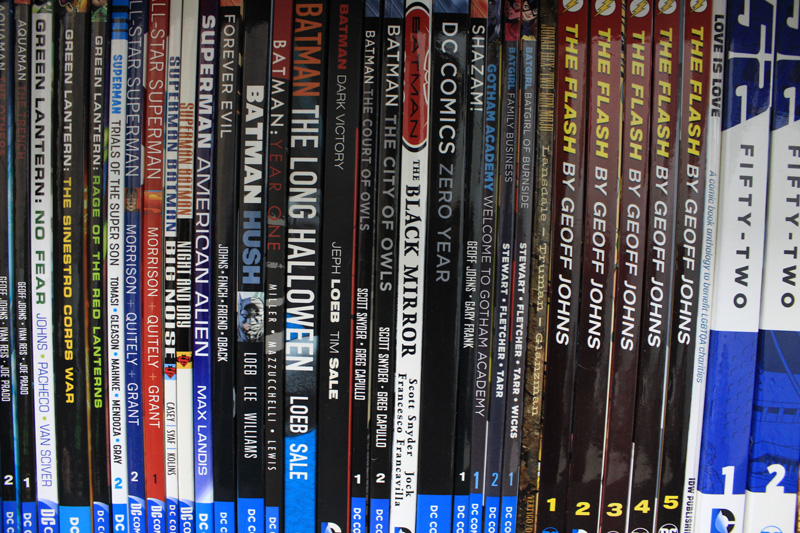 I’ve been watching Parks and Recreation for the 20th time, and it’s still wonderful. I also have stacks of comics and trade paperbacks to burn through, which has been a long time coming. Otherwise, I love pestering the family cat, a grey Persian named Daenerys Stormageddon, Dark Lord of All. No, really. It’s on her vet card, so it’s as official as it can get.

Family time is important, and for that I turn to boardgames! My family is not as invested in the hobby as I am, but we’ve still had a lot of fun playing simple games like One Night Ultimate Werewolf and Forbidden Desert. Sushi Go and Codenames are great options for simple, short games with the family as well. If everyone is in the mood for something a little more complicated, I break out Betrayal at House on the Hill – though it can often eat up a lot of time, and its gameplay is fairly uneven in quality.

Honestly, I could nerd out on all the dumb things I do to stay sane during this lockdown forever, but it’s probably best if I stop here. This is a tough situation for everyone – with some of us having to make drastically bigger lifestyle changes than others. I’m having a lot of fun doing whatever makes me happy. I miss going out and seeing my friends, of course – but take it from a guy who works next to action figures. You just have to make the best of things!

Wondering how the rest of us are working from home? Spoiler alert: they’re doing much better than me.

Tim loves comicbooks, videogames, movies and TV shows. He feels most cozy when he's just sitting down with a book and some hot chocolate. Don't we all?