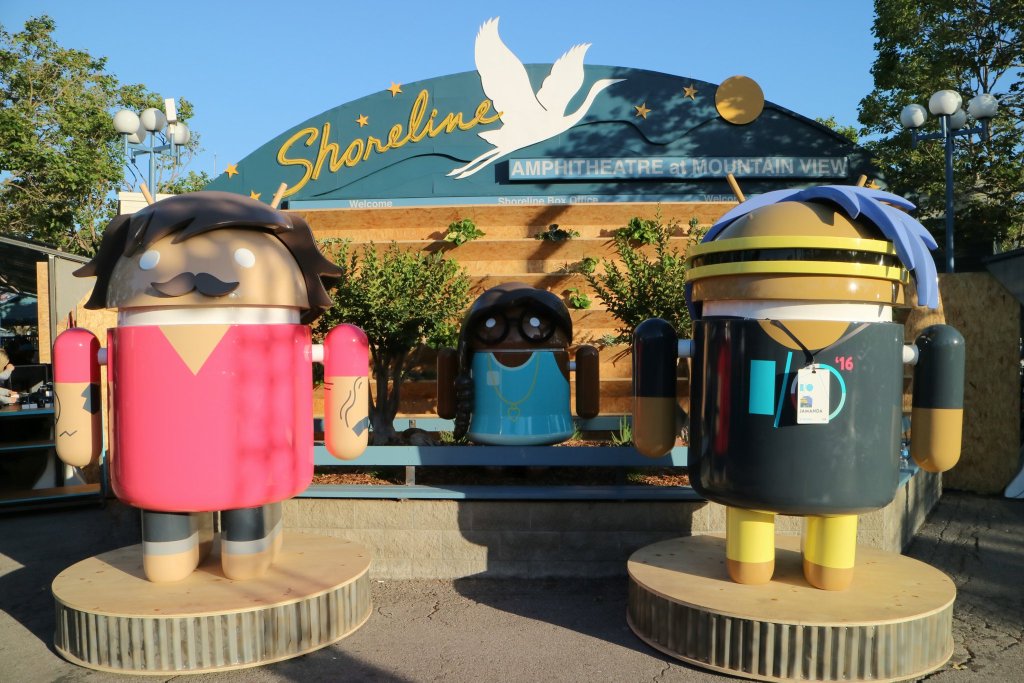 This year, Google has planned their I/O event to be very different from the previous years. For one, instead of holding the event at Moscone West, Google has decided to hold their I/O event back in their backyard, the Shoreline Amphitheatre. Having a record number of 7,000 attendees, it was held more to the tune of a carnival than a conference-only style. Then there's the wide-ranging focus on several fronts than just revolving around the new Android build.

Returning back to town after the event, I had time to reflect and chart some of the high and low points of the event.

Android developers from the yesteryears can attest to the horrendously slow and painful performance of Eclipse, the initial choice of development environment (IDE) during the early years of Android. It is no wonder that when Android Studio, Google’s curated IDE based on Intellij, was announced in Google I/O 2012, the audience went into a rapturous applause. Android Studio without a doubt accelerated app development greatly.

Since then, Google has made further improvements, with the aim of speeding up and easing development work. This year, Google has made the time to compile and test apps much faster with “Instant Run/Debug” (not to be confused with Android Instant Apps), as well as Constraints Layouts. There are a couple of other more features, which we will describe in further detail. All these advancements have one key goal in mind - to empower developers to realize their app faster and thus pave the road to monetization quicker as well. 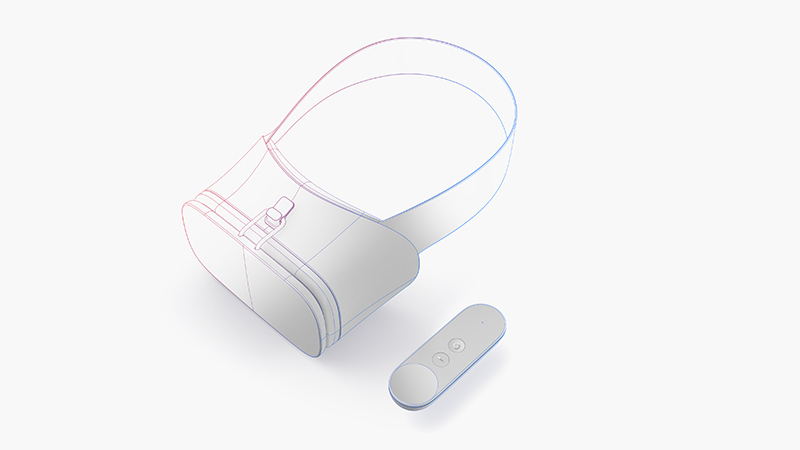 After a year of ‘low-cost, hackish, playground-like’ VR on the Cardboard platform, Google has brought VR to a more serious level by introducing Daydream, a Google-curated VR ecosystem that is more pronounced on the specs of phones and headset used. The whole Daydream ecosystem will offer a complete user experience, from home launcher, all the way to the Play Store. Project Tango also had its revival with the demonstration of its Augmented Reality (AR) capabilities and don't forget that Lenovo would soon unveil the first phone with this technology. I will cover in more depth of what Tango is capable, once I receive the purchased dev kit.

Very soon, users of Chromebooks will be able to run Android apps on Chromebooks. Finally, Chromebooks are useful again outside of the education sector. You can read more about this development here.

The phrase "machine learning" used to belong only in the circles of academia and domain experts. In this I/O event, I noted that Google is sparing no effort in mentioning the presence of machine learning in virtually every single product that they announced, from Google Assistant to even tiny things such as the keyboard prediction on the updated Android Wear. Clearly, Google wants to spark further interest in machine learning to achieve greater outcomes. I will touch on Google’s ambition in cloud computing in a later article that's linked to machine learning abilities.

How often do you see a Maserati in a Google event? With four cars on display, the Android Auto sandbox is like a mini-auto show. Of course, no motorsports girls, but hey, Android Auto is pretty sexy. 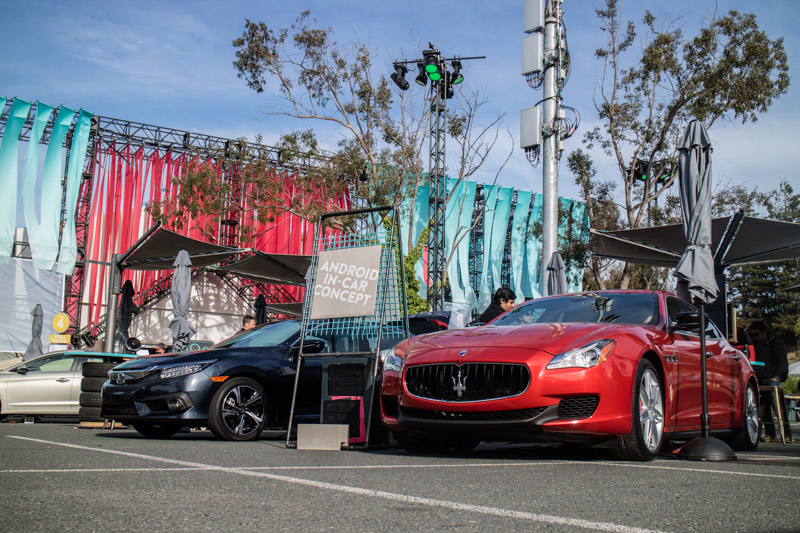 7,.000 attendees is an unprecedented number for Google I/O. As such, the queues forming outside developer sessions were also unprecedented. It is common sight to see attendees being refused entry as the session’s capacity is full. Some people had to resort to queuing outside the session close to an hour before it commenced. As sessions are back-to-back, each lasting about 45 minutes to an hour, some may have potentially missed other sessions. 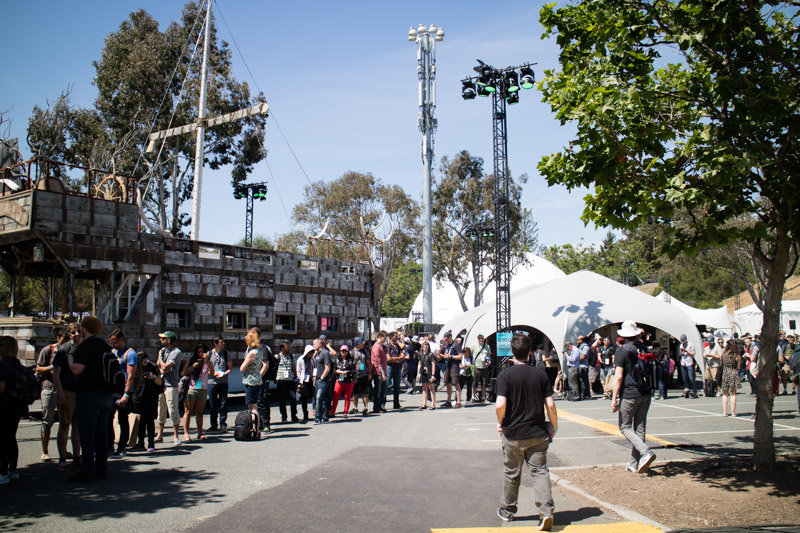 A lot of products announced are sadly, not available for developers to get their hands on yet. In fact, the only products that one can play with is the Tango, Android Studio 2.2 preview, and Android Wear 2.0 preview for LG G Watch Urbane (2nd gen). For Daydream, there is a developer preview, but only for the SDK - there is no hardware dev kit.

Even some of the new features announced are not yet available for developers to experiment. For example, there is no documentation on how to best prepare an app to be capable for Android Instant Apps. Some documentation will be handy for a developer to gain a headstart ahead of feature rollout.

While Allo & Duo holds promise in transforming how we communicate, we cannot help but wonder how it will fare against current incumbents of social and communications apps, such as WhatsApp. Moreover, Google will still be retaining Hangouts as a separate app, when it has the opportunity to merge the two apps together and grow the adoption of Google Assistant. It seems that Google is being conservative with Allo and Duo’s potential for success. I guess we'll know more once the app is out for general use.

Traditionally, Google will provide attendees hardware freebies such as Nexus devices or other equivalent dev kits. This year however, there is no mention of any hardware goodies.

In place, attendees get free US$500 worth of Google Cloud Platform (GCP) credits, on top of the additional $300 worth of credits, such that developers can start leveraging on GCP to build their apps and systems right away.

We see this as a sign that Google will be moving away from just simply providing free hardware (platforms), and moving to focus on things that specifically benefit developers only. In fact, this trend is also being observed in other major developer conferences, such as Microsoft’s Build. While some developers may be disappointed in this change of trend, it does improve the quality of attendees at Google I/O.