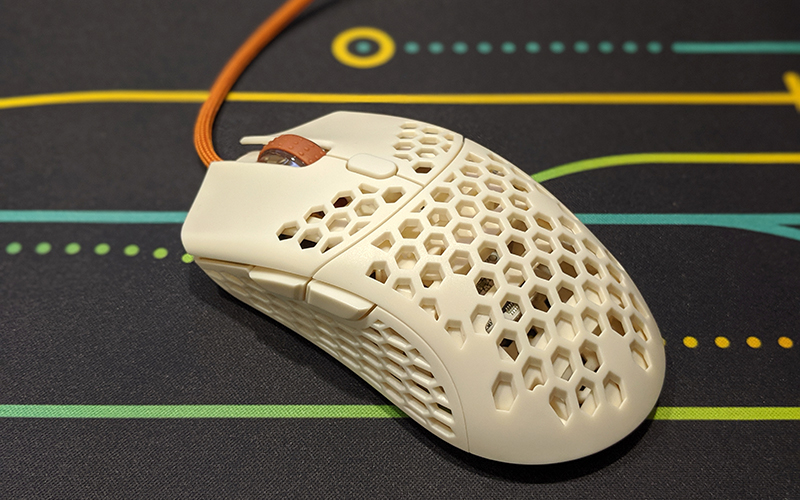 I've used plenty of gaming mice over the last decade or so. There was the Mionix Naos 500 and the Razer Deathadder and Abyssus. I also went through a Steelseries phase somewhere along the way with the Xai, Sensei, Kana, and Kinzu. There was of course Logitech, which was the company to show me that I should really be using smaller mice. I loved the G303 – even though its pointed sides seem a little odd today – but it was the first wired G Pro gaming mouse, followed by the wireless G305 with the same shape, that really reeled me in. The G Pro Wireless is truly an amazing mouse, but god, it's big.

Then there's Zowie, with its practice of making mice in different sizes. The ZA13 and S2 are some of the most comfortable mice I've used, but something still felt missing. You guessed it. They still weren't small enough. 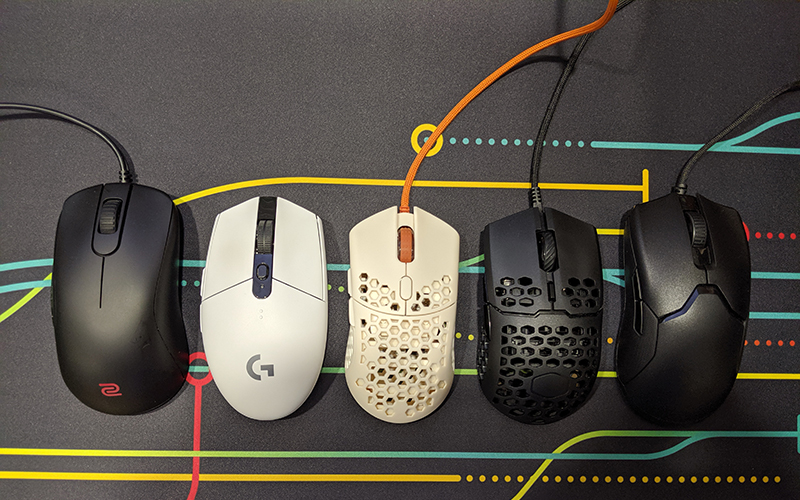 My hands measure roughly 16.5cm from the base of the palm to my fingertips and around 9cm across. If you follow popular mouse reviewer Rocket Jump Ninja, you'll see that he's recently started recommending mice based on two specific dimensions of your hand – the length from knuckle to finger tip on your middle finger and the three-finger width comprising your index, middle, and ring fingers.

While I'm not suggesting that you blindly follow this method – everyone is different after all – I've found that it actually works pretty well for me. Going by those measurements, I should use a mouse that is just under 100mm long and roughly 53mm in the middle. Unfortunately, few mice on the market come close, with many measuring over 120mm long.

Here's a look at the dimensions of some of the smaller mice on the market:

The dimensions are not largely dissimilar on paper, and differences in the grip width are in the range of 1mm to 2mm. However, trust me when I say that the difference is not insignificant. I think grip width is one of the most important dimensions when it comes to feeling comfortable with a mouse. It refers to the middle portion of the mouse that you end up gripping, and not the widest point of the mouse, which is why you'll find that the figures above differ from the manufacturers' official specifications.

Having said that, my first impression of both the Zowie S2 and the Cooler Master MM710 was that they were both too wide for my liking. Sure, I got used to both quickly and played fine, but there was always the sense that they could still be more comfortable. Furthermore, I find any mouse over 120mm really clunky to use.

That's where the Ultralight 2 comes in. It's super small and narrow, and I knew immediately after laying hands on it that it was a near perfect fit. The Logitech G305 is a close second for me. It may seem like it has a relatively wide grip width of 55mm, but the mouse actually tapers inward toward the base, so it's a lot narrower than it seems. Put simply, slim mice work for me, and the Ultralight 2 is a great combination of a small body, narrow width, and light weight. 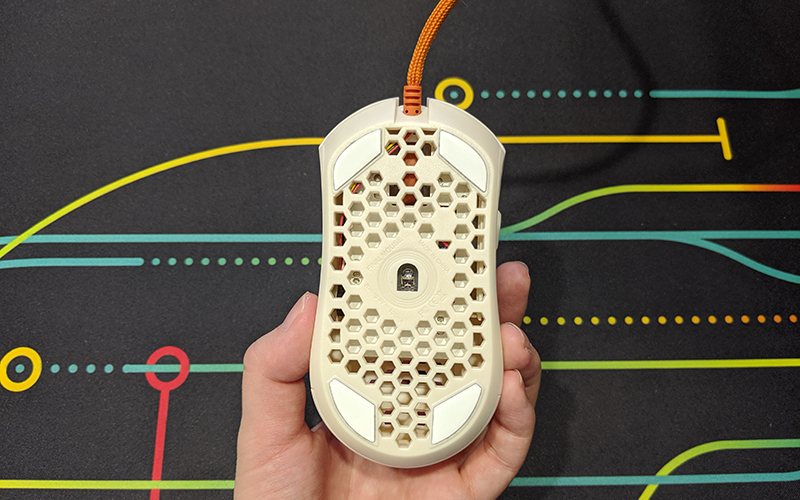 Now, given the tendency of the internet to skewer folks for praising a controversial product and call reviewers sell-outs, let me just say that Finalmouse did not send me this unit. I definitely don't agree with Finalmouse's business practices – the person running their Twitter account also sounds like they might be high on crack – but I can't deny that when divorced from the company that made it, the Ultralight 2 is a great mouse.

I'm not a fan of the Infinity Skins, which are basically glorified grip tape, but I definitely love the mouse's shape. Yes, there's a strong case to be made for the Model O- and MM710 being better mice. For one, they're both much more affordable and actually readily available to buy. But mouse choice is a deeply personal preference, and for me, the Ultralight 2 beats all the other mice out there in terms of shape and comfort.

It took really long, but I'm just glad to see so many more options for smaller mice out there now. I've always liked to experiment and try out different mice in pursuit of that elusive, and possibly imaginary, "end game" rodent, but it's generally been a frustrating process since just about everything has literally been too big. 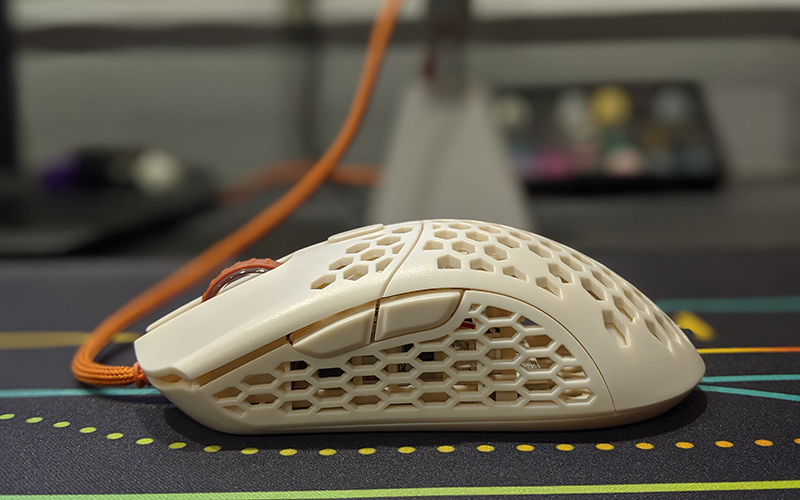 While it may seem silly to quibble over what it seems like millimeters, they can add up to huge differences in terms of mouse feel and handling. It's something that you'll really have to experience for yourself to understand, and I think it's a worthwhile endeavour for any serious gamer to take a closer look at the dimensions of the next mouse they're going to buy. Better still, go down to the store to check it out for yourself.

I'm not saying that the right mouse will instantly make you a better player, but it can go a long way toward helping you improve. A big part of aiming centers around muscle memory, and it becomes more difficult to establish that if you're constantly thinking about how the mouse feels in your hand. Ideally, you want the mouse to be so comfortable it practically disappears. And in case you're wondering, yes, I did beat my previous KovaaK's high score with the Ultralight 2.