Apple rolls out 2020 Back to School promotion in Singapore
Blogs

My colleague, the esteemed Mr Vijay Anand, wrote about his experience with OpenNet's installation at his humble abode recently. I guess it's my turn to contribute my two bits on the entire fiber shebang. Before I go on, however, I'd like to make it clear I am still riding on a 16Mbps cable broadband pipe, and have yet to make that fibrous leap. That said, let's get on with the story.

As of December 31st last year, OpenNet's optical fiber rollout has effectively covered sixty percent of residential and non-residential premises. I am sure that number is considerably higher now given that four months have elapsed since. With the arrival of the fiber infrastructure in households, consumers such as you and I can also look forward to improved broadband speeds of up to 1GBbps download and 500Mbps upload rates. 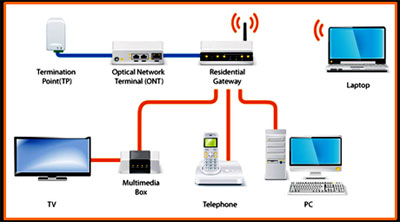 With so much bandwidth to tinker with, it is also pertinent we know how to best exploit this new and enhanced ultra-high speed broadband configuration. Without going into the nitty-gritty, a basic fiber installation from OpenNet and Nucleus Connect comes with a single Termination Point (TP) and Optical Network Terminal (ONT). Essentially, the ONT hub is the bozo tasked in converting the light (fiber) signal to an Ethernet signal. In turn, a LAN cable is then used to connect the ONT to your home gateway, and in most cases, it is a router you'll be looking at.

If you decide to do away with the ISP's gateway, then it is important for you to procure the appropriate router to maximize the capabilities of a blistering fast fiber setup. What you'll need is an 802.11n-ready router, at the very least, with Gigabit (1000Mbps) LAN ports on its switch hub. Why? The reason is simple. In terms of LAN speeds, a 100Mbps-based router would only bottleneck a fiber signal which has the capability of reaching 1Gbps or more. Similarly, a legacy 802.11g router can only serve up to 54Mbps wirelessly, and not to mention most of them do not provide Gigabit LAN connectivity as well. 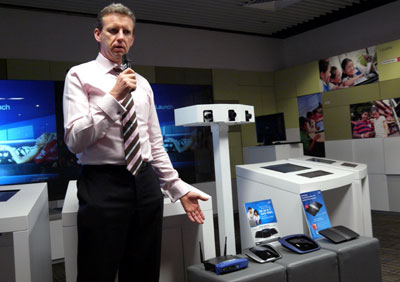 On that note, Linksys has a suitable piece of hardware in the form of the sleek and sexy E4200. Making its first local appearance during IT Show 2011, the E4200 N-router was officially unveiled to members of the media today, including yours truly. Powered by a Broadcom chipset, the E4200 not only offers four Gigabit ports in its ranks, but it is also a gateway with simultaneous dual band capabilities. Apart from that, its six internal antennas are said to dish out 3x3 MIMO spatial streams to achieve maximum range and throughput. Theoretically, the router is able to hit wireless speeds of 300Mbps and 450Mbps on the 2.4GHz and 5.0GHz bands respectively. 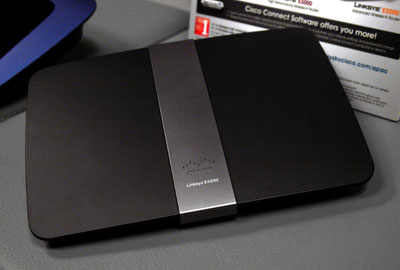 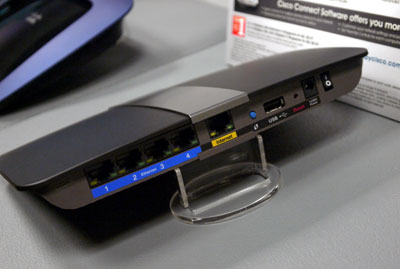 Point is, even if you were to remove the fiber ingredient from the broadband equation, a dependable and high performance router is still a prerequisite these days, given the proliferation of wireless devices which your home network has to serve. That said, it is even more critical if you are into HD streaming or sharing your Wi-Fi with various clients, such as smartphones or notebooks.

If you are still confounded by all the technical jargon associated with routers, here's a little piece of advice. Just look for the "NGNBN-Ready" accreditation on the next gateway in your checklist. Similar to the Linksys E4200, it is more than likely to do the job in your new fiber-flavored home.