Does Dolby Atmos really bring sound all around? 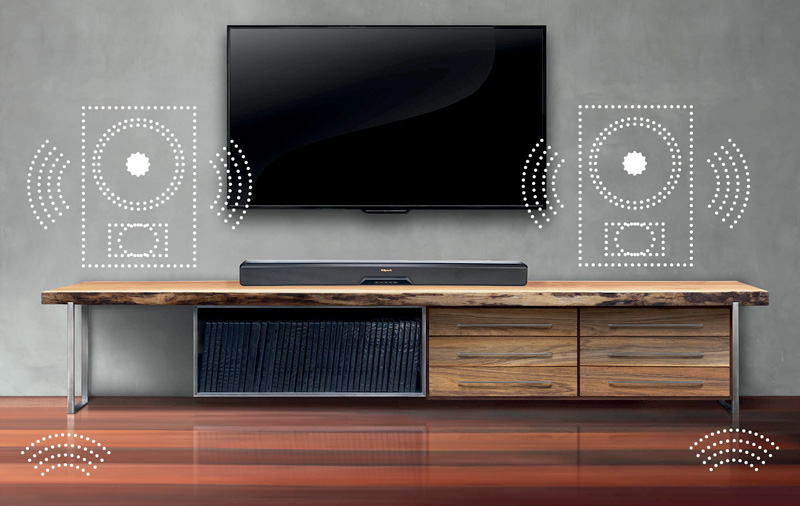 You’ve probably experienced Dolby Atmos sound by now. It’s the revolutionary audio format from Dolby that maps audio into a sphere of sound, so audio is no longer projected at you from individual directions (i.e. channels), but rather mapped to an area that corresponds to where the sound is coming from, even overhead.

That last point in particular, has spawned a whole new product category, upfiring speakers, as manufacturers race to catch the trend and complete the sphere of “amazing sound,” from setups as minimal as a single soundbar to five and seven speaker setups. But how do soundbars fare?

You may recall that we did a soundbar shootout in the last issue, with three of the soundbars certified as “Dolby Atmos” capable. Dolby Atmos content was used for testing, so you might expect the three Atmos-certified soundbars to easily blow the rest away, given the inclusion of extra up-firing drivers and more advanced processing technology.

Except they didn’t. You see, the problem with soundbars is that ultimately they’re fixed in one location. Having more drivers angled sideways and spread further apart certainly helps in terms of stereo separation, and you can definitely get a sense of overhead sound if you raise the volume enough (so that there is enough force to bounce off your ceilings), but ultimately nothing beats having a speaker physically throwing audio at you.

That’s especially true when you’re talking about audio that’s supposed to be coming from behind you. No matter what you do with time delays and intelligent processing, the fact remains that sound is a force that we can feel, so nothing beats having it thrown directly at you.

And then there’s the question of content. How many times have you watched a movie where you had action coming from behind or above you? Not many we’re guessing, so you’re not likely to get the full “cinema effect”.

In our own testing, the only times we expected overhead sound was for a few seconds in a clip of Game of Thrones, when arrows were flying overhead to the ships below, and then again for in a clip of Unbroken, and then only when the enemy planes “flew” overhead.

Just like with 3D, this is technology that will only impress when applied to certain material. Bottom line: Atmos may work wonders when there is a whole array of speakers that can be used to map sound with like in the cinema, but not so much when you’re relying on a single soundbar in the home.