Cross-Platform Games - One Game to Rule Them All

Before I say anything, let me just say it out loud - I'm finally a proud owner of a Sony Playstation 3 (PS3). Why the wait? Because, at long last, Square Enix's Final Fantasy XIII is finally released, and you only need that one reason to purchse the PS3. And with it, another Sony exclusive - Metal Gear Solid 4 to go along with this new purchase.

What's the significance of that last sentence? Notice the word exclusive. While games in general haven't been seeing as much exclusivity to certain consoles as before, it still exists. Take Heavy Rain, for example. Don't have a PS3? Well, you don't get to go after the Origami Killer (which, by the way, was revealed to me thanks to Wikipedia). What we're trying to get is that owning multiple consoles is all fine and dandy if you're a hardcore gamer, but think of the cost. 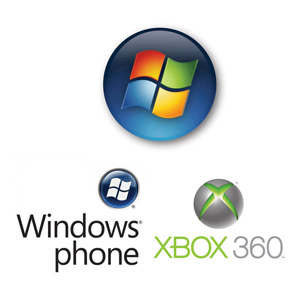 And here's where we lead in with the recent news about Microsoft's intention to release games compatible for not one, not two, but all its operating systems. Yes, that includes Microsoft Windows 7, Xbox and the upcoming Windows Phone 7. On the practical note, all you need is either one of these platforms, to play the same game. No need to shell out the extra money for it.

What makes it interesting is how Microsoft intends to create a holistic experience across its major platforms. Here's a possible scenario - on the move, you're playing the game on your Windows Phone 7. Once you're home, you continue the gameplay on either the Xbox or your Windows 7 PC. But here's the question - will this be another exclusivity created by Microsoft, within its own circle? While Windows Phone 7 will be populated by various devices in the near future, one has to wonder if this move will tie more consumers towards the Xbox platform.