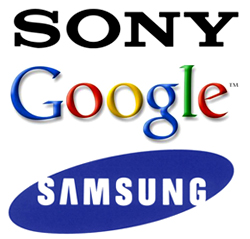 Own a nice and fat PlayStation 3 console? Well, you can now safely turn that darn thing back on without facing any trip-ups or trophy errors. A relief to many, Sony has since valiantly fixed its PSN's (PlayStation Network) clock- associated gremlin. Still on Sony, recent word from PR Newswire suggests that the Japanese leviathan has surreptitiously roped in film bigwigs such as 20th Century Fox and Paramount Pictures to help deliver HD movies via Sony's PSN service. Rent it or buy it, the choice is yours. Let's go through the facts. We know that Sony Pictures has already established an ongoing Video-On-Demand contract with prominent distributors like Movielink, Dish Network and CinemaNow over in good old US of A. That's just one avenue for Sony Pictures' films to get out. Now, they are looking to broaden that spectrum by pushing almost all forms of HD movie-related content onto the PlayStation.

Case in point, note that this move isn't pertinent to film titles under Sony Pictures alone. What does this foretell?

To mention the obvious, it is beyond doubt Sony wants to groom the PlayStation into the ultimate entertainment hub. That's a grand plan. Not just on the gaming front, but to turn the PlayStation into an indispensable tool for grasping HD content, and of course, BD playback, which is a feather they've already acquired in their hat. To add, let's not forget the PS3 also conforms to the new 3D Blu-ray standard. Not too far away, there's another company with ambitious devices of their own. Birthed within the funky walls of Googleplex, story is, Google has been getting tight and chummy with Dish Network Corp of late. Apparently, there are plans afoot to create a set-top box which allows users to locate shows on satellite TV services and streaming video sites, like Google's YouTube for example. Of course, the Android-based box will carry Goggle's applications of its own. And yes, it's programmable to suit your very tight schedule. If this thingamabob becomes a reality, Google will soon move into a tight market already coveted by the likes of Tivo and other digital video providers.

Over in the East, the Koreans aren't resting on their laurels either. In a cunning bid to lure developers and content providers to their apps store, Samsung has made plans for an imminent "Samsung Apps Contest 2010". In a nutshell, this contest will act as a springboard for developers to create and sell their wares on the company's TV application portal. In retrospect, I guess it's only natural for Samsung to exploit this trend to ring in their cashboxes, since a good portion of their latest fleet of TVs do come with Internet capabilities. More importantly, Samsung has high hopes for these developed apps to cross the platform barrier into other CE genres, like cameras, printers and camcorders in the near future.

All said, it may appear that Sony, Google and Samsung are headed in different directions in the entertainment arena. Truth is, they all recognize one simple secret in staying ahead of the competition - produce de rigueur content with the right distribution protocol, and yes, you will soon be crowned king one day. So sit back, enjoy the show, and let the wars begin.