For years now, Computex has prided itself as the top ICT trade show in Asia, but the biggest shakers and movers of the show have usually been those with deep vested interest in the personal computing segment like Intel, AMD, Microsoft, NVIDIA and partners like ASUS, Gigabyte, MSI and many more. It used to be all about the technology, who's faster, bigger and meaner - matters that only concern enthusiasts and engineers like processors, memory, etc. 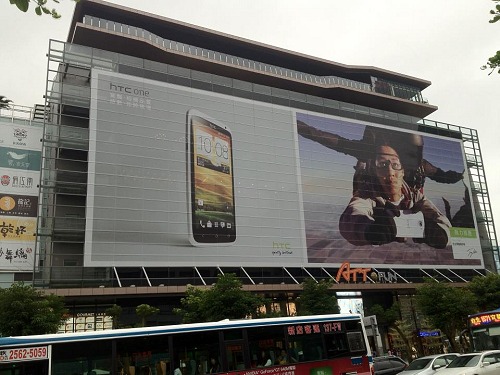 Increasingly, we've been noticing a change in direction as the tech aspects take a back seat to give rise to new computing devices and experiences. That's not to say the companies mentioned earlier are no longer important, rather, their task has evolved to provide everyday users with products and services everyone can appreciate.

The first broad computing change was in the 2009 and 2010 time frame when netbooks were the must-have gadgets - small, petite portable computing that was affordable. Its run lasted until people became too reliant on it and expected more out of them, but their limited processing capabilities can only handle so much. That's about the same time when tablet-mania struck and the Google Android Honeycomb variant came about to offer better experience and usability for those wanting an option other than Apple. With similar capabilities as netbooks but in a new usage and form, its limitations were more readily accepted. As such, 2011 saw every major computing brand offer a tablet of some type. With better data plans, more mobile friendly operating systems and several choices of hardware options, tablets easily overtook interest of netbooks. These experiences were also mimicked at the Computex show level too in those respective years.

Now in 2012, tablets are still hot, but with no major evolution as of yet, this year is shaping up to be the year of the ultra thin-and-light notebooks. And thanks to the upcoming Windows 8 OS, some of these notebooks are also hoping to double-up (convert) for tablet-like usage. Yes, they are just thinner and lighter notebooks, but the distinction is that they are now more affordable, thanks to Intel's Ultrabook push with funding to help spur momentum and acceptance. AMD’s also getting in the game with their AMD Trinity APUs hoping to offer even more affordable thin-and-light notebooks with better gaming/multimedia experience.

While we've just recently published a round-up of Computex 2012 related news and products you can expect to see, there’s more much more to be expected. So here are some of the broad areas of change and highlights that Computex 2012 might bring about:-

As you can see, most of our expectations are advancements to support the mobile computing ecosystem. If you already thought it was good enough, this year promises to be even better for smartphones, tablets and notebooks.

The ecosystem shift is certainly measurable and can be felt at Computex as there are ever-more mobile computing accessory players this time round, along with device and module manufacturers who support GPS, LTE and processing of telemetric data from an array of sensors.

With Intel and AMD’s roadmaps hoping to power smartphones in the near future, it’s not a stretch to think that the shows in the following years might be ever-more skewed around mobile products like phones and tablets.

That said, Computex 2012 is about to commence shortly and our regional HardwareZone teams are already here in Taipei, Taiwan to bring you the top highlights of the show.

And if you’re more of a PC Show shopper, we’ve taken care of that too with our Tech Show Portal that will be updated on the day of the show with everything you’ve come to expect from us.

So stay tuned to HardwareZone for updates on all fronts of IT and CE industries.