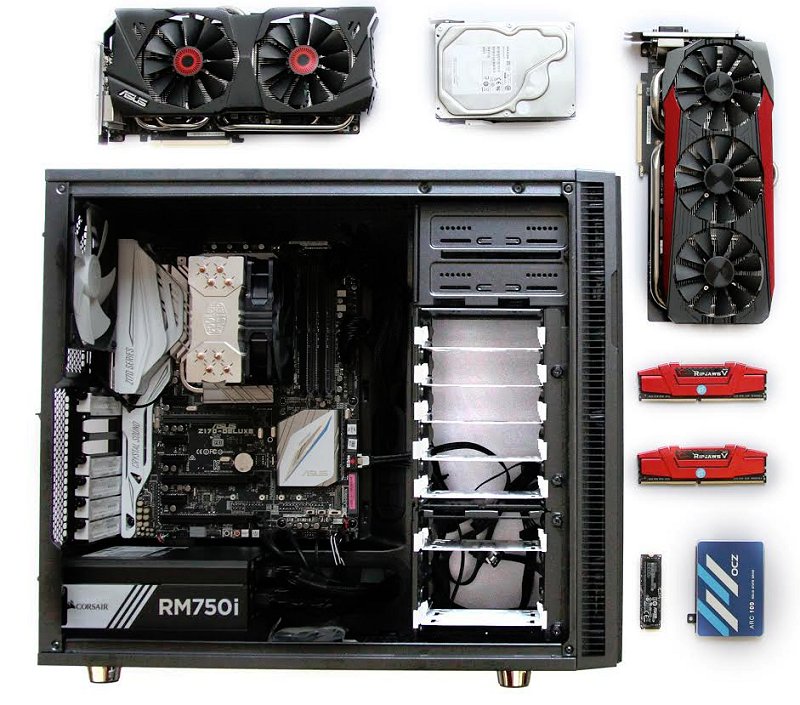 This is a good time to upgrade your gaming computer.

It is not just because Intel's sixth-generation CPUs, also known as Skylake, are here. It is also to take advantage of the new technologies supported by Skylake, such as the more efficient DDR4 memory and the faster NVM Express interface used by new solid-state drives (SSD). Skylake systems are also likely to have USB 3.1 ports, which are twice as fast as USB 3.0 at transferring data.

These features are reaching the mainstream market and they should last for years. Just look at DDR3 memory, which was first introduced in 2007 and is still in use today. A high-end Skylake PC is probably good for at least five years - not withstanding the rapid development of graphics technologies and performance that might require you to swap out your graphics card if you need top tier performance.

Intel says Skylake CPUs are up to 60 per cent better for computing tasks than the previous-generation Intel processors. However, its other improvements in power-efficiency and graphics are not as useful for gaming PCs.

For those looking to build a new gaming system, I would recommend checking the prices of PC components on the websites of Sim Lim Square retailers. These price lists are easily available online at HardwareZone.com. The HardwareZone forums are also good sources of information about PC components in the view of techie consumers. You can also tune into HardwareZone team's frequent coverage and reviews of new PC technologies and reviews as linked throughout this article.

But if you want an easy guide, read on. My recommendations below, which cost around S$3,100 (refer to table), is a good starting point and easily adaptable to fit your needs if you have a smaller - or larger - budget.

Intel splits its processors into Core i3, i5 and i7 series. The Core i7 processors are the most expensive and have the best performance. Some CPU model names have the K suffix, which means they are designed for enthusiasts who run the processor at a higher speed than the norm, known also as overclocking.

I picked the mid-range Core i5-6600K over an Core i7 chip because the graphics card is more crucial than the CPU for games. By doing so, I saved around $200, which can go towards a better graphics card. You can save further by choosing a lower-end Core i5 chip (smaller model numbers).

If you often run CPU-intensive or multithreaded apps such as video-editing or 3-D rendering, you should consider an Intel Core i7 chip instead.

The motherboard is the backbone of the PC. You install the CPU, memory and graphics card on the motherboard and connect your storage devices to it. Motherboards usually come with built-in features such as audio, LAN and Wi-Fi.

I picked the ASUS Z170 Deluxe because of its high-end features: dual Ethernet ports, a Wi-Fi 802.11ac adapter and support for multiple graphics cards. It has six USB 3.1 ports, including one with the new reversible Type-C connector. In addition, you can install up to six SATA drives (storage or optical drive) and an SSD using the NVM Express interface.

The board also offers plenty of enthusiast-friendly options, from voltage and frequency overclocking settings to onboard LEDs.

But these features come at a price. The board alone costs well over S$500. Those with a lower budget can consider the ASUS Z170-A (around $300), which has no built-in Wi-Fi and fewer USB 3.1 ports, but still supports multiple graphics cards. You can also pick an H170 series motherboard if you do not plan to install more than one graphics card in the PC.

Note that Sim Lim Square retailers usually sell the motherboard together with the CPU as a bundle and at a slightly better price point than when you try to purchase them separately from different retailers. So do your homework if you plan to mix and match or perhaps get one of them purchased online.

Before the CPU can run an app, it loads it into the computer's memory. As such, having more memory, or RAM, helps for tasks such as compressing a large file. However, DDR4 is relatively new and pricey. While I would recommend 16GB, it makes negligible difference in gaming should you want to lower it to 8GB. But that is as far as gamers should go. If you stinge and go to 4GB, it will have an adverse effect on gaming performance and general usability of your system. Here are more DDR4 options to consider along with a few more technical details from HWZ tech gurus.

The most critical component for gaming is the graphics card. Typically, it is one of the most expensive components in a gaming PC. For instance, the GeForce GTX 980 (around $900) costs almost twice as much as a game console. But you get significantly better performance and graphics quality than a console.

The NVIDIA GeForce GTX 970 (around $550) is a cheaper option that is almost as good. Be prepared to pay around at least S$400for a mid-range graphics card should you want to keep tabs on the overall cost of your system.

There is no reason not to buy an SSD as your primary storage (where you install the operating system and apps). Prices have fallen sharply in the past few years.

A top-of-the-line model, such as the just-released Samsung SSD 950 Pro, is still relatively pricey. But this SSD has the best performance I have seen, besting older drives by a significant margin, especially when accessing files. It benefits from using the new NVM Express interface, which has more bandwidth than the traditional SATA interface used by older SSDs.

So even though Samsung is expensive (it costs S$369 for the 256GB model), I am recommending it. The price is reasonable for what it does and considering that it's a new, premium product.

Don't forget to supplement it with a normal hard drive for photos or videos that you do not access frequently. A 4TB HDD is around S$200, with 6TB models at around S$400.

This 750W power supply can easily support two high-end graphics cards, so you don't need to change it if you decide to add an additional graphics card to your PC in the future.

More importantly, it can operate without a fan and is silent when the power output is at 40 per cent or lower. It has a modular cable design where the power cables for the components can be removed individually. This reduces clutter in the casing as you can remove cables that are not in use. Its seven-year warranty period is one of the longest in the market.

When buying a power supply, I would always check for its power efficiency rating (go for a rating of 80 Plus) and whether it has a modular cable design for ease of maintenance.

This PC casing is designed to be as quiet as possible. Its two fans barely whisper while its side panel has a layer of sound-absorbing material. It can fit up to eight storage drives and two optical drives. More importantly, it looks good. You can find more details of this casing here.

For general advice, shop around for your casing till you find one that you like. Check that it has space for your components - and for any future upgrades.

Skylake systems require new drivers, which are not supported by Windows 7. There are workarounds that require extra steps, but save yourself the trouble and go straight to Windows 10. Buying it with a new PC (OEM version) is also around $80 cheaper than the retail version. For everything else you need to know about Windows 10, check out HardwareZone's Tech Guide.