Apex Legends is the best battle royale game I’ve played, and I don’t even like the genre 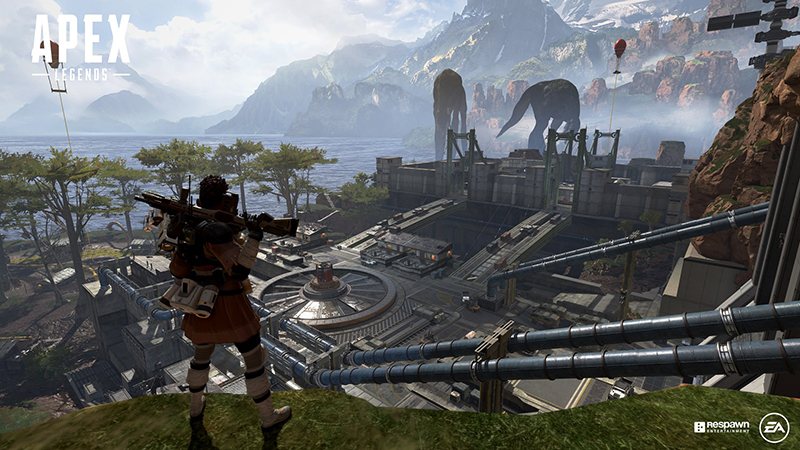 Respawn Entertainment is making me eat my own words. Last December, I wrote that we had seen the best the battle royale genre had to offer, and that the space was now too crowded for any new players to make their mark. Well, I stand corrected.

A couple of days ago, Respawn, the same studio that created Titanfall, dropped Apex Legends, a brand new battle royale game set in the Titanfall universe. Seriously, this game came out of nowhere. There were no leaks or hints that it was coming, so when my phone blew up with friends asking to check out the game together, I was skeptical at first. As it turned out, I couldn’t have been more wrong.

Apex Legends is a battle royale game that doesn’t feel like one at all. And that’s a relief, because I’ve really come to detest the genre. Sure, I went through a phase where I was spending a ton of money on Fortnite, but I could never really get into the building mechanic (that’s code for me being bad at it), and PUBG just looked like a homogenous brown mass to me. What’s more, as a fan of traditional shooters, I didn’t really enjoy playing in the third person either.

With Apex Legends, it’s as if Respawn took all these complaints and made quick work of them. The game is colorful, with a distinctive aesthetic that kind of reminds me of Borderlands. The overarching theme is one of industrial decay and dilapidation, but the landscape still feels vibrant and alive. More importantly, the various landing zones are pretty distinct from one another, spanning the gamut from swamps to a hydro dam.

And in a seeming homage to Overwatch, you can play as one of eight different characters, or Legends as the game calls them, each with their own unique story, abilities, and ultimates. This class-based aspect of the game feels truly novel, and it’s a delight to discover how the different classes work with each other in an open battlefield. One of my favorite combinations now is the pairing of Bloodhound and Bangalore, where the latter throws up a wall of smoke, allowing Bloodhound to activate his ultimate – which lets him move faster and track enemies – and run in and take out the disoriented enemy squad.

Best of all, the game plays in first-person mode by default and if you catch someone out, they can’t get away by building a fort up into the sky. Phew. There's also no fall damage, which makes navigating and exploring the map less frustrating and a lot more fun.

The map is also smaller than that in Fortnite or PUBG, which means less running and hiding, and more firefights. You’re likely to run into teams sooner, and landing can be a chaotic affair because it’s more difficult to find a deserted landing zone. Get ready to get into some fisticuffs the minute you land.

Respawn took care to make the game pretty accessible for beginners as well. In that sense, it’s learnt from both Fortnite and PUBG, combining the accessibility of the former with the grit of the latter, and throwing in some unique elements of its own. For example, ammunition and guns are helpfully color-coded, so you know immediately what you should pick up and what’s just going to take up space in your inventory. There are also different loot tiers in the game, comprising, white, blue, purple, and gold, with gold being the rarest. If you have a weapon attachment that’s purple, and you stumble upon a blue one, the game will inform you that you already have a better item equipped so you shouldn’t pick this one up.

But the gentle learning curve aside, the game feels really polished. Things like moving, firing, and hit detection feel spot-on, and if you have prior experience with shooters, you should feel right at home here. I also can’t overstate my relief at having a fixed recoil pattern to work with. Former CS:GO player Shroud supposedly had a hand in designing the weapon recoil, advising Respawn to ditch randomized spread in favor of a preset pattern. This means you can learn it and improve your accuracy, instead of having to deal with random bullet spread as in Fortnite. 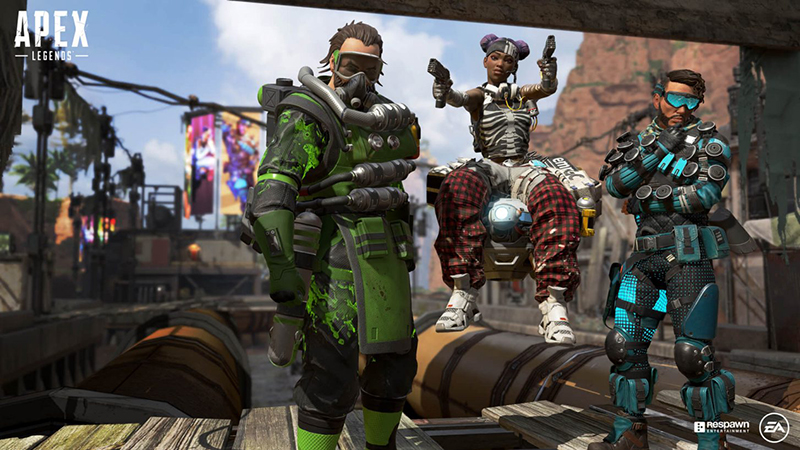 The in-game communication system is also one of the best that I’ve seen. It’s incredibly clever, and while it’ll never be a substitute for voice comms, it sure comes close. It takes the form of a ping system, where you can ping just about anything in the game. Find a good item? Ping it for someone else to pick it up. Spotted an enemy? Simply mark their location with a ping. You can also suggest locations to explore in this manner as well or request specific items from teammates, and it’s all super intuitive to pick up.

Apex Legends just feels better as a shooter than any other battle royale game. Individual plays and clutch moments are also better rewarded, since you can now bring your fallen teammates back at respawn beacons around the map. It’s slick, polished and creative, somehow bringing a breath of fresh air to an increasingly saturated genre.

Oh, and did I mention the game is free to play? Now stop waiting for Anthem – wait, what’s that? – and do yourself a favor and check this game out.