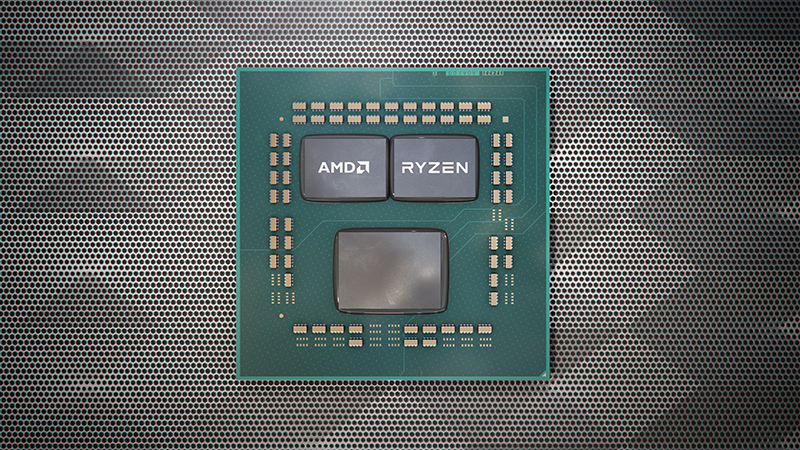 I never thought I’d say this, but I’m actually considering an AMD chip for my next gaming rig. For the longest time, AMD has been considered the budget option. You got an AMD CPU if you didn’t want to pay a premium for an Intel part, but that meant you wouldn’t necessarily be getting the best performance, especially when it came to gaming.

Even when a revitalized AMD released the first-generation Ryzen processors and Zen architecture in February 2017, these chips still lagged behind Intel in terms of IPC and single-threaded performance, which meant they weren’t the best in games, especially at 1080p. While the early Ryzen chips were generally considered well-rounded performers for both gamers and content creators, it still felt like Intel was the leading choice for those with the cash to spend.

That looks like it could be about to change with the release of the new Ryzen 3000 processors. AMD is aggressively pressuring Intel in terms of both price and performance now, with the 12-core Ryzen 9 3900X costing US$499 to the 8-core Intel Core i9-9900K’s US$488. AMD’s own figures also put it slightly ahead of Intel in terms of single-threaded performance, although that’s in Cinebench R20, a floating point rendering test that AMD already does well on.

And then there's the 16-core Ryzen 9 3950X, a US$749 mainstream chip with enthusiast-level specifications. It has a 3.5GHz base clock, 4.7GHz boost clock, and a whopping 72MB of cache in total. Better still, its TDP is a mere 105W, which speaks volumes of the improved efficiency to be had with smaller, more advanced process nodes. In comparison, the 16-core Intel Core i9-9960X debuted at a suggested price of US$1,684 and has less aggressive clock speeds. 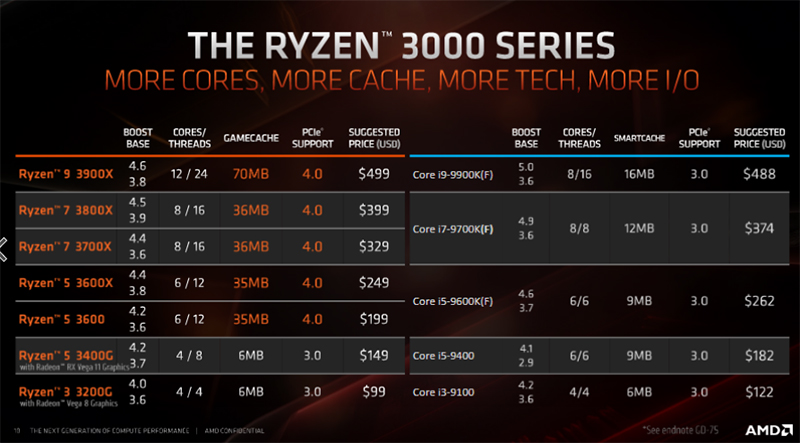 One of the most exciting prospects of Ryzen 3000 is probably what it means for streamers, for whom all those extra cores will come in handy. AMD showed off the Ryzen 9 3900X running at 59FPS while streaming Tom Clancy’s The Division 2, whereas the Core i9-9900K was still creeping along at 1.6FPS. This was at 1080p, a 10,000Kbps CBR, and Slow quality preset in OBS, the latter of which places a monumental strain on the CPU. Granted, most folks aren’t going to use those settings, but it’s still a nice demonstration of what Ryzen 3000 is capable of. 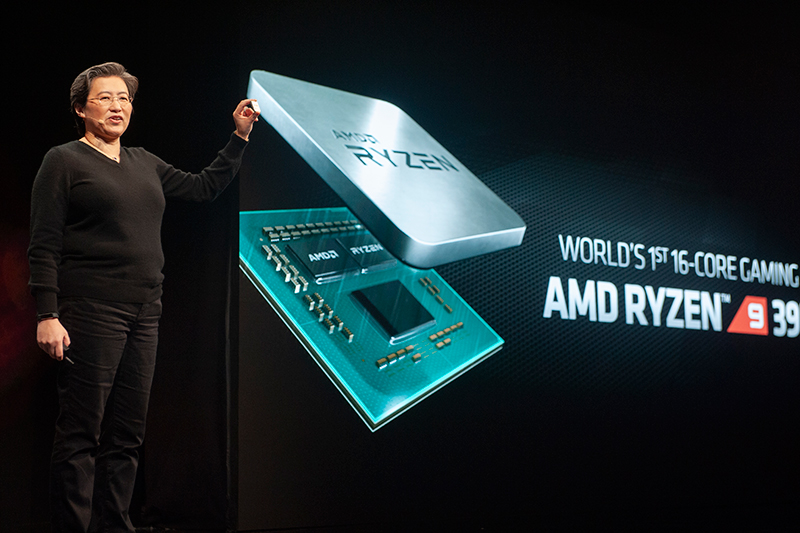 Furthermore, the company’s new X570 chipset is the first consumer chipset to offer PCIe 4.0, which helps cement the impression of AMD as a technology leader. It also has the distinction of being the first to a 7nm desktop processor, whereas there’s still no word on when Intel will release its 10nm desktop parts. Of course, you can’t directly compare process nodes across different companies, but the fact remains that AMD isn’t the one that has been stuck on the same node for five generations now.

What’s also impressive is the way AMD is continuing to make its presence felt in spaces beyond the PC industry. It may not really have a high-end flagship to challenge the best of NVIDIA’s Turing cards yet, but its Navi-based GPUs will make their way into the next-generation PlayStation 5 and Project Scarlett Xbox consoles. AMD has always been dominant when it comes to console hardware, but these announcements ensure that it’ll continue that way for at least the next few years.

Elsewhere, the company is making another foray into the smartphone market with a new deal with Samsung. The partnership aims to bring better graphics performance to mobile devices, and Samsung will license AMD’s Radeon intellectual property to create more efficient and powerful smartphones. What’s actually interesting is the fact that Qualcomm uses AMD’s technology to build its own graphics chip known as Adreno, which powers most flagship smartphones today. AMD sold its Imageon graphics systems to Qualcomm back in 2009, and the name Adreno is simply an anagram of the letters in Radeon.

Capping off AMD’s list of wins is its partnership with Google on its upcoming Stadia game streaming service. Stadia will use custom-built Radeon GPUs in its data centers (and Intel CPUs), and even if you don’t think that Stadia will be the one to crack game streaming, it still is a huge boost to have a name like Google using your hardware. 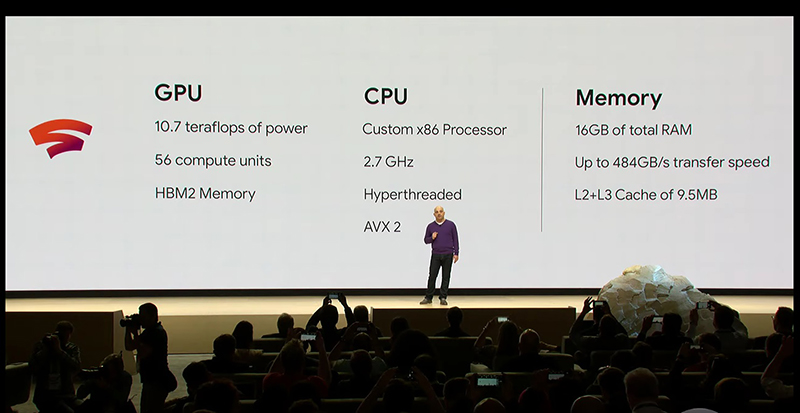 Taken together, this means that AMD is the sole company that can lay claim to being present in multiple verticals, including PC, mobile, data centers, and consoles. However, AMD’s resurgence doesn’t mean that Intel is completely out of the running. The Santa Clara company is still dominant when it comes to laptop chips, and AMD doesn’t have anything at the moment to go up against the eight-core Core i9-9980HK. Later this year, it’ll also release its 10nm Ice Lake chips, which you can expect ultrabook manufacturers to take up in droves.

That said, there’s a strong argument to be made for the fact that the momentum is clearly on AMD’s side now. Already, there has been talk about a third-generation 64-core Threadripper chip that might possibly arrive by the end of 2019. Truth be told, an extravagant and completely unnecessary product like that would really be the perfect way to round off a triumphant year for the company.