The allure of always-on, always-connected PCs and why it might finally be a reality 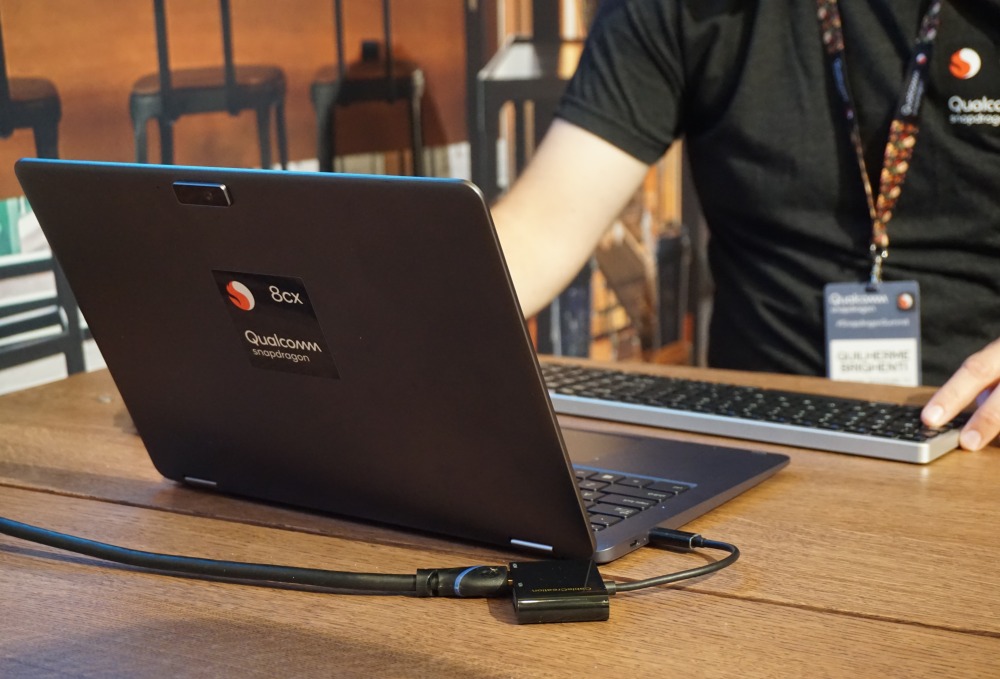 Both AMD and Intel have plans for ultra-low powered mobility solutions in 2019, but Qualcomm might just become enough of a credible threat.

Year on year, the PC platform undergoes upgrades in capabilities and performance, but somehow, they don’t quite stack up to the advances in convenience on the mobile phone ecosystem.  The smartphone is always on, instantly available to your voice commands or touch inputs, always updated with the latest patches and app updates with no downtime, and most importantly, is always connected to the internet. As phones advanced in processing capability along with wider connectivity pipes from 4G LTE and speedier Wi-Fi access points, so too has the consumer appetite and expectations as to what can be achieved in the palm of your hand.

Comparatively, while the notebooks have greatly advanced in processing power, they’ve yet to match the convenience points mentioned and more often than not, they just aren’t nimble and ready when you need to use them, or require being tethered to be charged up, or have trouble getting the connectivity you need at a moment’s notice. It gets worse when you consider a typical business environment with aging systems that further hamper productivity.

The notion of always-connected PCs has been lingering around as far back as Windows Vista days, but it never really took off because notebooks had abysmal battery life back then and wireless connectivity was a far cry from what we can expect these days. Combined with the rarity of notebooks boasting 3G or LTE connectivity, the always-connected PC was nothing but another marketing feature that had limited applicability.

Even in today’s landscape, notebooks with exceptional battery life are a rarity and it wasn’t till the LG gram that really drove notebooks closer to achieving battery life adequate for long hours of serious work without being plugged into a power socket. (Intel's Core M based products came close to achieving long battery life, but they were lacking in raw processing power.) Still, instant connectivity and zero downtime of an always-connected, always-updated machine wasn’t an option on an Intel-powered machine.

Enter the age of always-on, always-connected PCs powered by Snapdragon’s latest and most powerful compute platform – the Snapdragon 8cx. Designed to go head-to-head with Intel’s low powered mobile processors, but deliver higher power efficiency and battery life that can last days (early Qualcomm trials place it at 25 hours up-time for continuous video playback) instead of hours, Qualcomm hopes to reshape computing experience for the casual and business users alike.

Qualcomm repurposed their Snapdragon 835 early in 2018 to power a handful of always-on and always-connected notebooks, but they were better equipped for really light usage needs as its processing prowess coupled with the processor’s ARM-based architecture meant that it had to run the Windows OS and apps made for an x86 architecture under emulation.

This time, the potent Snapdragon 8cx compute platform truly marries the best of the smartphone with the power and performance of a premium laptop in an ultra-thin, fanless form factor. Designed with extreme performance in mind, the Adreno 680 GPU on the 8cx is said to be twice as powerful as the previous generation platform, packs double the transistors, offers double the memory bandwidth, has a high-efficiency video encoder and second generation HDR playback.  Coupled with the most powerful Kyro core ever, the Kyro 495, with a whopping 10MB of cache in total, and a higher tier ISP to support 4K HDR playback at 120fps that caters to smooth head-mounted VR content playback, the upcoming Qualcomm Snapdragon 8cx looks to be an absolute performance beast.

We say that with good certainty as the company has demoed a reference platform using the new processor and unlike the performance concerns seen with the Snapdragon 835 based always-on and always-connected notebook, the Snapdragon 8cx exhibited no such performance slowdowns and could handle several browser applications, each with several tabs open and still juggle a huge volume of photos in Adobe’s Lightroom application – pretty much what any average productivity and content creator would be dabbling in. With this demo, any woes of an x86 program running in emulation for Windows on Snapdragon platform has all been squashed and it’s just a matter of improved compatibility.

In fact, the Snapdragon 8cx marks the first time a Snapdragon platform is ready for Windows 10 Enterprise customers. This gives IT managers the tools to do more and stay secure as enterprises move to harness the power of the cloud to help reduce the complexity of managing today’s modern IT device environment. This also means an even deeper commitment from Microsoft to strongly support the Windows on Snapdragon platforms and to blur the lines between this and the traditional Wintel platforms.

In addition to advances in compute power, the Snapdragon 8cx will come with vastly superior connectivity standards through an integrated Snapdragon X24 Modem that supports downlink speeds up to 2Gbps!

It’s still early days yet and Qualcomm says it would be Q3 2019 before business and consumers can expect a Snapdragon 8cx powered always-on, always-connected system to be rolled out in full force.  Sure, the competition might cough up something to rival their platform, but one cannot deny that the Snapdragon 8cx represents the most capable all-in-one solution to spearhead the always-on, always-connected PC and it could seriously be a viable alternative for home and business users alike by late 2019.