All Fibred up for Singapore's Next Gen NBN

It's official - locals can get their fibre optics fix starting from next month. At a briefing earlier for the press, SingTel's CEO, Mr Allen Lew announced the company's fibre services for both consumer and business customers, with prices for consumers starting from S$85.90 a month.

First, some background for those who have never heard of fiber or Next Gen NBN. Promising download speeds of up to 200Mbps, SingTel's consumer fibre offerings, collectively known as exStream, tap onto the Next Generation Nationwide Broadband Network (Next Gen NBN) infrastructure laid by OpenNet, the consortium tasked with bringing fibre to every home in Singapore by end 2012. According to Mr Lew, up to 40% of residences in Singapore are currently within the coverage of the Next Gen NBN, which means that these homes can be connected to the fibre platform.

Despite an offer of free fibre installation to these homes from OpenNet, only around half of the residents have reportedly taken up the offer. If you are unsure whether your area is due for fiber installation, you can check the coverage map at OpenNet's website; all you need is your postal code.

Next, for those who are lucky enough to have the fibre installation done, you can activate the fibre internet connection next month by signing up with any service provider. SingTel is the first to announce its plans, but expect other current broadband providers like StarHub to follow suit (in fact there's a press briefing from StarHub scheduled for this Friday).

So what has SingTel got up its sleeves for the new broadband platform?

The short answer is that the telecoms giant is seeking to be more than just a seller of bandwidth. The long answer is that if you're hoping for a plain, no-frills, bandwidth service only, it doesn't seem that SingTel will have such a service plan.

The cheapest fibre package from SingTel is its exPress 150 for $85.90. This plan provides up to 150Mbps download speeds, 75Mbps upload speeds and an international speed of 15Mbps. What is international speed? Well, since the Next Gen NBN is only within Singapore, users still have to rely on the same undersea cables that existing broadband connections use to get data from oversea websites and sources. The same bottleneck in other words. Which is why SingTel can only guarantee up to 15Mbps for the exPress 150 plan.

This plan also comes with some value-add services, including what SingTel calls exPress portal, which has three key features - high quality video chat, universal inbox and 10GB of online storage. Universal inbox seems to be a social media and email aggregator, putting all your contacts under one interface and integrating your emails too. So you can now post once and have your message appear on all your social media sites. Users can customize what appears on this homescreen, with a selection of widgets for news, videos, music, etc for them to choose from. 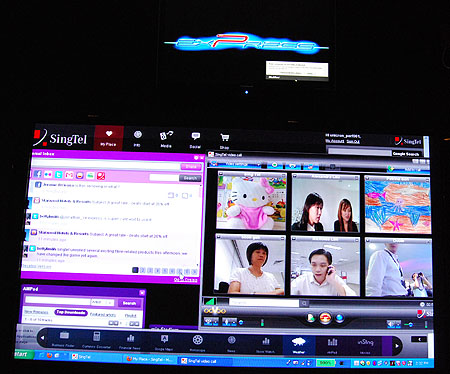 The next higher tier service is exCite ($109.90), which brings the bandwidth up a notch to 200Mbps download, 100Mbps upload and 25Mbps international. One gets the exPress portal stuff covered earlier, but it also adds what SingTel calls the 'best video search engine on a TV' currently. The whole package includes a nettop, (which looks like an NVIDIA Ion based Acer Revo) which connects to your HDTV. A TV client custom made by SingTel runs on startup and will be the main interface which users are expected to utilize for watching online videos and play games. A gesture-based remote is included and an iPhone app too allows users to remotely control the exCite service.

As for the games and apps, SingTel plans to introduce an open, TV platform for developers to create their own games and apps and have them available through exCite. At the moment, there are about 30 TV games now, but the company hopes that Windows developers will help to extend this further. 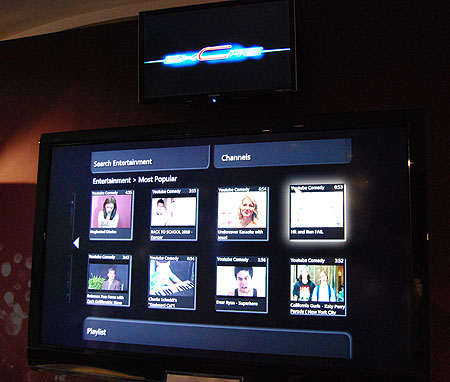 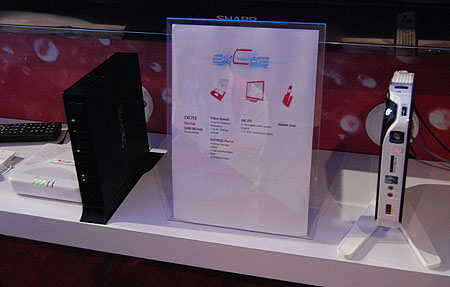 Finally, the exPlore package has the same bandwidth speeds as the exCite package, but it doesn't have the video search engine aka the nettop included. There are two options here, the exPlore Home for $95.50, which comes with 15 free movies or the exPlore Home Sports package for $109.90, that comes with mio Stadium ESPN STAR Sports TwinPack (in short, the BPL football fan package). Subscribers watch their TV programmes through the fibre connection. 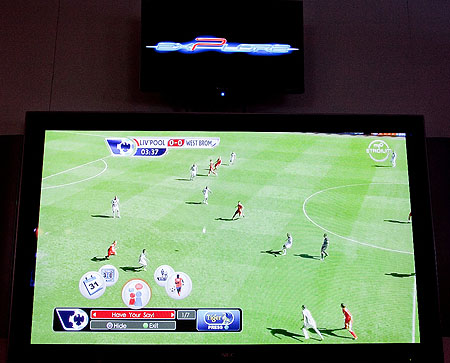 To sum, all of SingTel's packages come with additional 'value-add' services on top of simple fibre broadband connectivity. It's part of the company's strategy to be more than the typical broadband provider, but the question is, would you pay more for them?

Personally, the question is moot since my home is yet to get fibred. But I'll wait and see what other service providers have in store before deciding. After all, all these plans come with a 24-month contract so it's only prudent to get all the info first. Finally, can any provider come close to offering fibre at these prices?