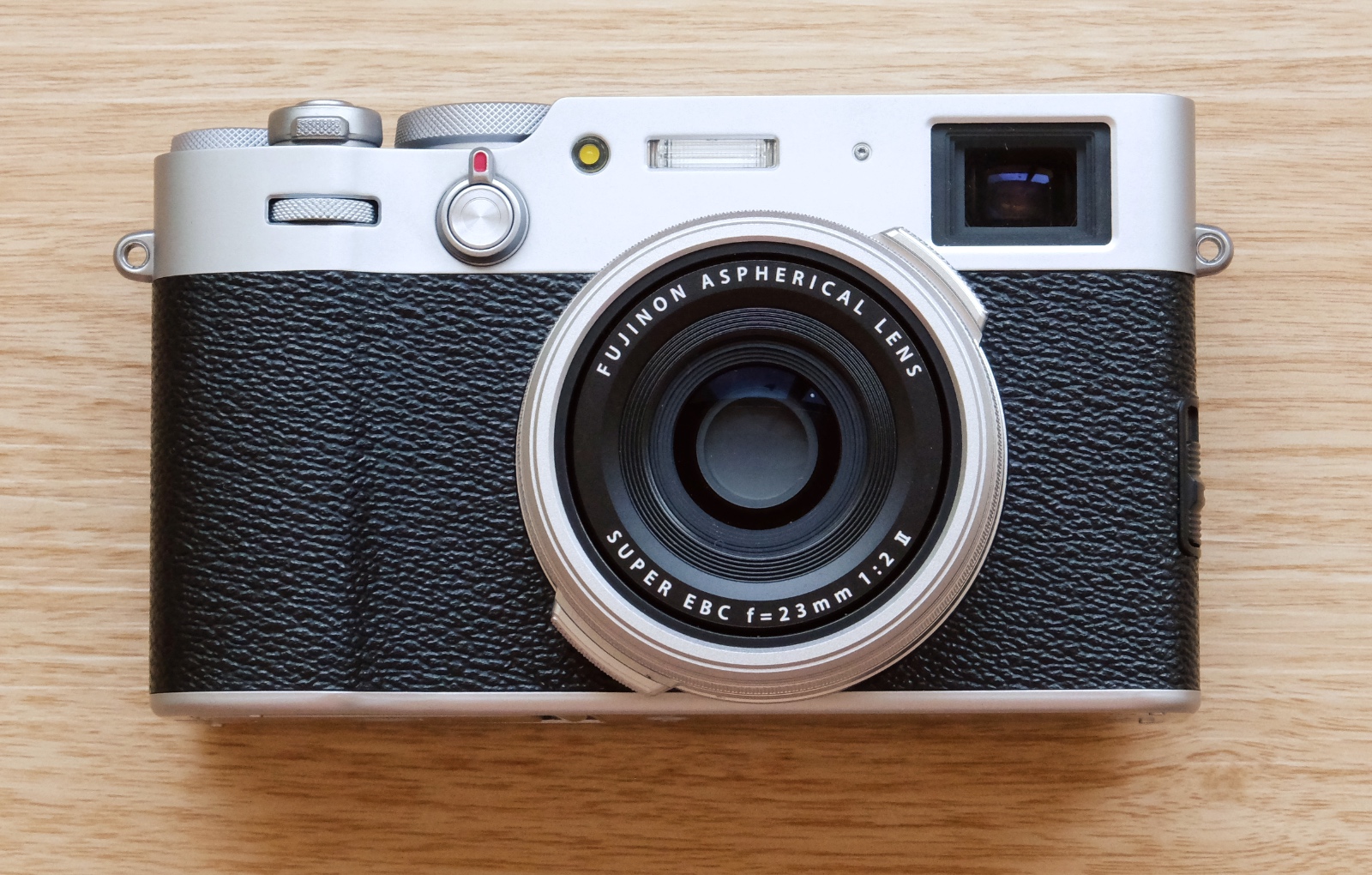 The inability to travel has led me to live vicariously through the lens of others, as I’m sure some of you also have. So I have been spending an inordinate amount of time looking at photography blogs. Pretty photos of faraway places aside, one camera that kept popping up was the Fujifilm X100V.

I knew the Fujifilm X100 series enjoyed a cult status but the newest X100V seems to be the company’s finest yet. Longtime users and fans of the series say it rights many of the wrongs of its predecessors. It also happens to look really good – like a vintage film camera. So I decided to get one in to play with a couple of weeks to find out what’s the fuss all about.

First, the X100V is Fujifilm’s fifth-generation X100 camera and the successor to 2017's X100F . The things you need to know are: it has a 26.1-megapixel X-Trans IV CMOS APS-C sensor, an X-Processor 4 image-processing engine, an all-new 23mm f/2 lens, and a flippy screen that, for some reason, is controversial in the photography community.

After spending time with it, I’m convinced it’s the best starter camera for anyone who’s looking to wean off their smartphones and get more serious about photography. Here are five reasons why.

1. The sensor is a big step up

Sensor size isn’t the be-all and end-all of photography and I know smartphones do a lot of clever computational stuff in the background these days to overcome their limitations. But the X100V’s APS-C sensor is orders of magnitudes larger than your typical smartphone sensor and there are some laws of physics that even the smartest phones cannot overcome. For example, if you want convincing and realistic bokeh, a large sensor camera still produces the best results. Low-noise photos in low-light situations? Again, cameras with larger sensors fare better. 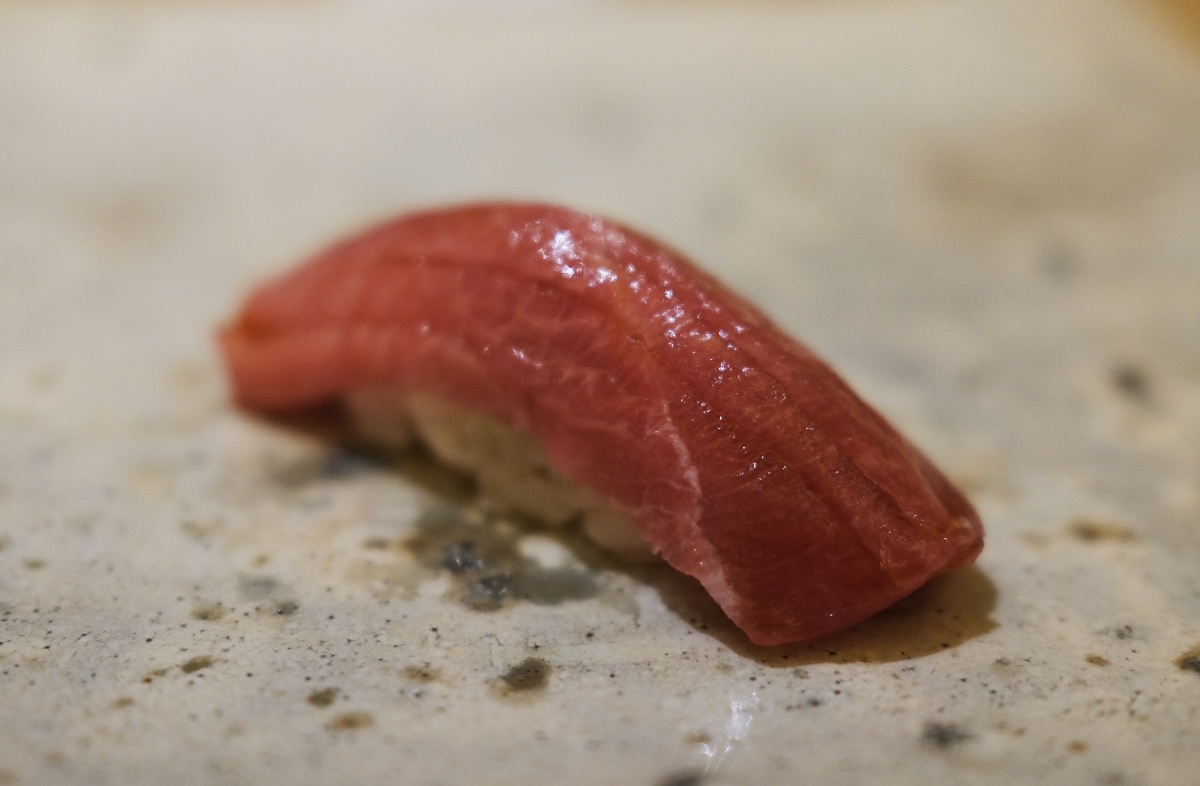 Arguably the biggest reason why smartphones have become the most popular type of camera is simply because they are so convenient. We have them by our sides most, if not all the time. Admittedly, it’s still an extra item to carry around but the X100V is one of the most compact “large sensor” cameras you can buy today. It’ll slip into bags easily and you don’t really feel the weight of it even if you sling it around your neck or hook it around with your wrist with a wrist strap. The fact that it looks so good is an added bonus. 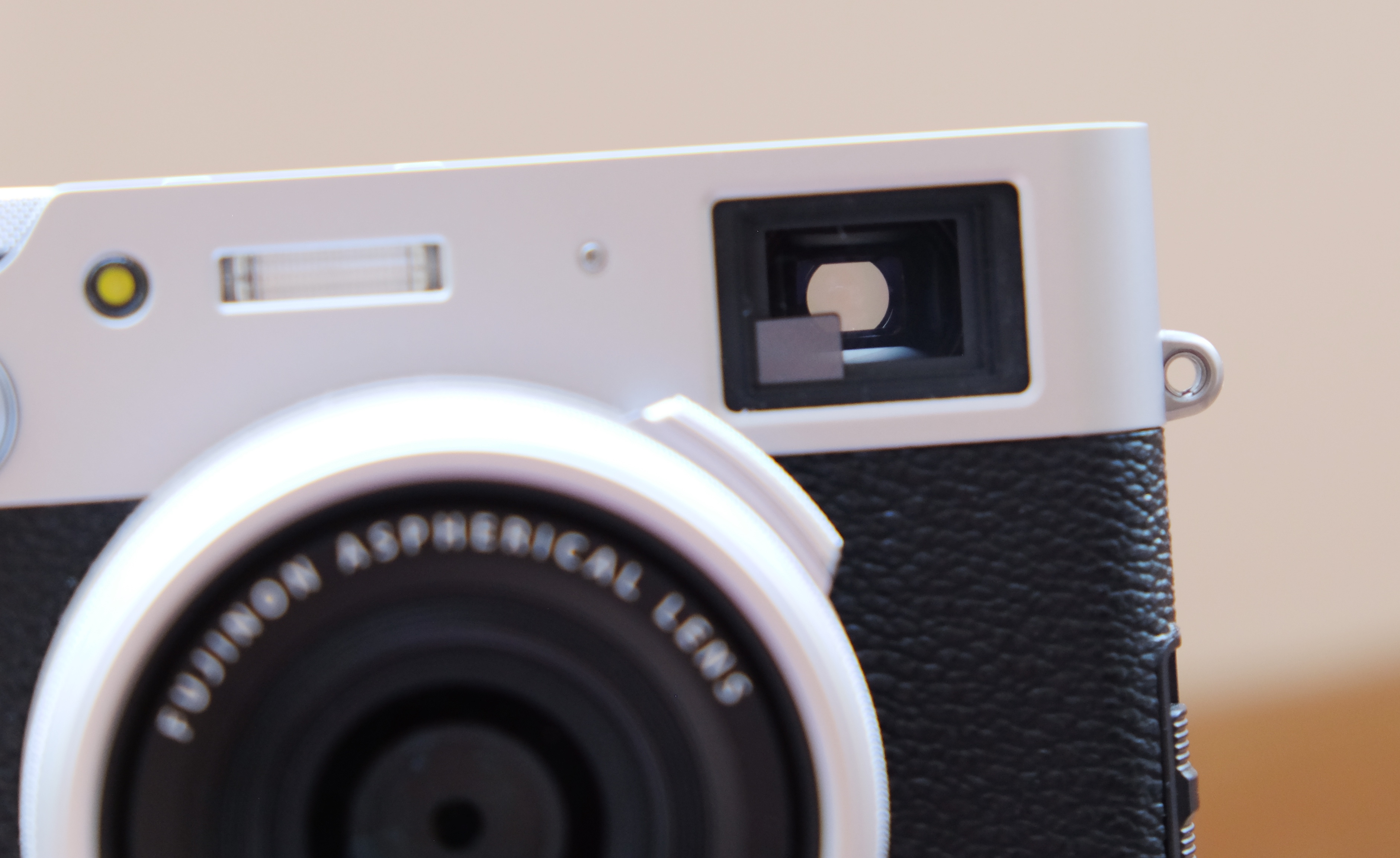 3. It’s a camera with a fixed prime lens

One thing that the X100V shares with smartphones is that it has a fixed prime lens. This means the lens can’t be changed and that it has a fixed focal length. This is actually similar to how most phones are set up – even if most of them today have multiple cameras – so using the X100V should feel quite natural. Although it must be said that the 35mm full-frame equivalent focal length might require some time getting used to since most phones’ main cameras typically have a focal length that’s in the range of 20mm to 30mm. More importantly, a fixed prime lens forces you to think about composition and to move around to get the best shot. And just as important, it means there’s no need to fuss over upgrading or getting additional lenses. You focus on making do with what you have. 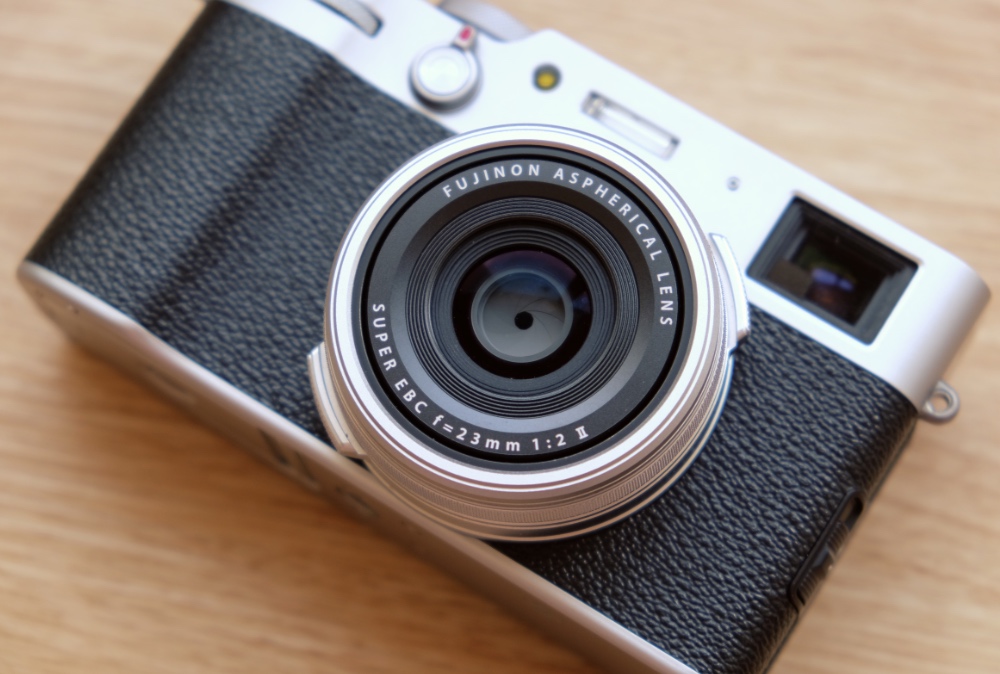 Despite the fixed lens, the X100V has a built-in digital teleconverter function that simulates 50mm and 70mm focal lengths. It’s not unlike your phone’s digital zoom. The digital teleconverter is deeply impressive because it’s impossible to tell that the image was actually taken with it. There’s very little degradation in picture quality and images continue to look super sharp. Furthermore, Fujifilm offers add-on teleconverter lenses that can be attached to the X100V to alter its focal length to 28mm and 50mm.\ 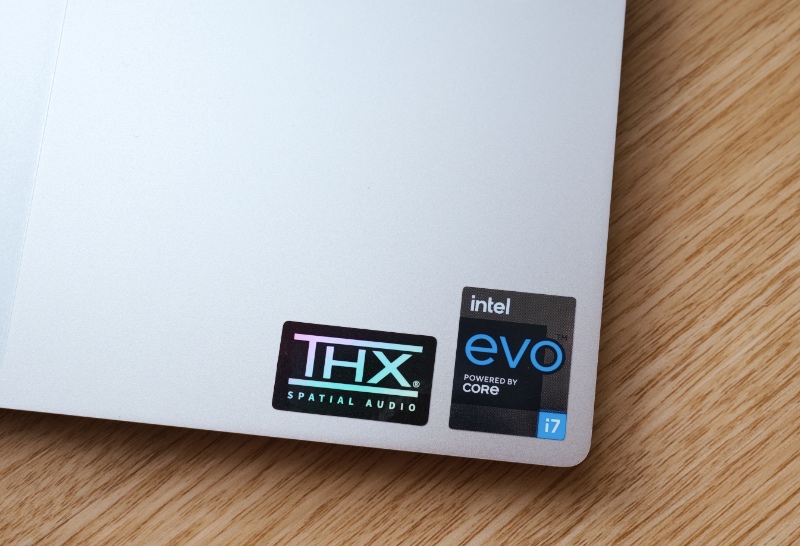 Covered in a myriad of dials and buttons, most cameras are, understandably, daunting to beginners. However, the X100V can set up to be very easy to use. Put everything in auto and the camera literally does everything for you, leaving you to just select your subject, and shoot – just like you would with your phone. And when you feel like you ready to be more adventurous, the X100V puts you in as much control as you want. Want to take over aperture settings but leave shutter speed settings to camera? No problem. It’s a camera that scales with your photography skills. 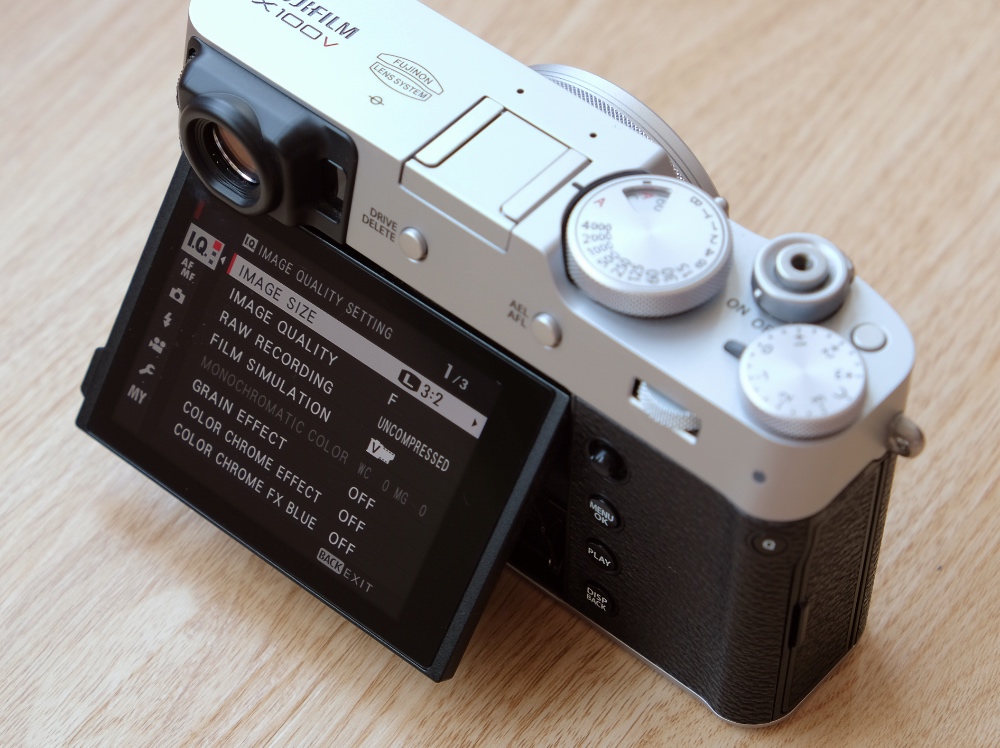 Longtime smartphone photographers who have the intention to dive deeper into the hobby should take a long hard look at the Fujifilm X100V. Because the two are similar in some ways, the transition should be smooth. And once you are ready to take your craft up to the next level, the X100V offers a great amount of manual control for users to go as far as their creativity will take them. Once travelling resumes, I know what camera I’ll be buying to replace my aging X-T10.